Danish songwriter and musician Lasse Matthiessen has been writing music since he was a child, in particular music to share stories. On Friday, November 10th he releases new EP When We Collided. We spoke to Lasse about his latest work.

I need to write. I really do. I have been doing it most of my life.

First up, tell us bit about yourself - what first got you into music?
I have been writing and performing music all my life. My dad is a pianist and a jazz musician and he took me to his concerts when I from the age of 5 or 6 years old. Somehow I can’t remember a time where music didn’t play a big part of my life. Growing up in the bike city Copenhagen, my mom would take me to kindergarten on her bike and I would sit in the child seat and sing all the way there.

It was never a question of “if”, but more a question of “how” to make music. And at some point it was very clear - I needed to sing and sing my own songs.

Were there any particular bands or artists you took inspiration from to form your musical and thematic style?
Everything from Nirvana to Coltrane, to Swedish Folk music, to Bach!

How would you describe your style?
Partly new folk and pop music with synths with “When We Collided”, but some songs are just regular rock songs.

What drives you to write?
I need to write. I really do. I have been doing it most of my life.

You’ve supported artists such as Suzanne Vega and Anna Calvi. What did you learn from them?
It has been a really cool experience supporting both of those artists. To see that they are musicians like everybody else - working hard to play their music live and to do it well. And besides that just being nice and friendly people welcoming me as their support. With Suzanne Vega everyone would have dinner together - just have a calm converstation and a couple of jokes.

Tell us about your new EP ‘When We Collided’. What’s its theme?
I’m not sure there is one theme. But what I can say is that the songs are not directly happy songs… the focus is on lost love. On dreams not coming true, and on being insecure whether to stay with someone or not. 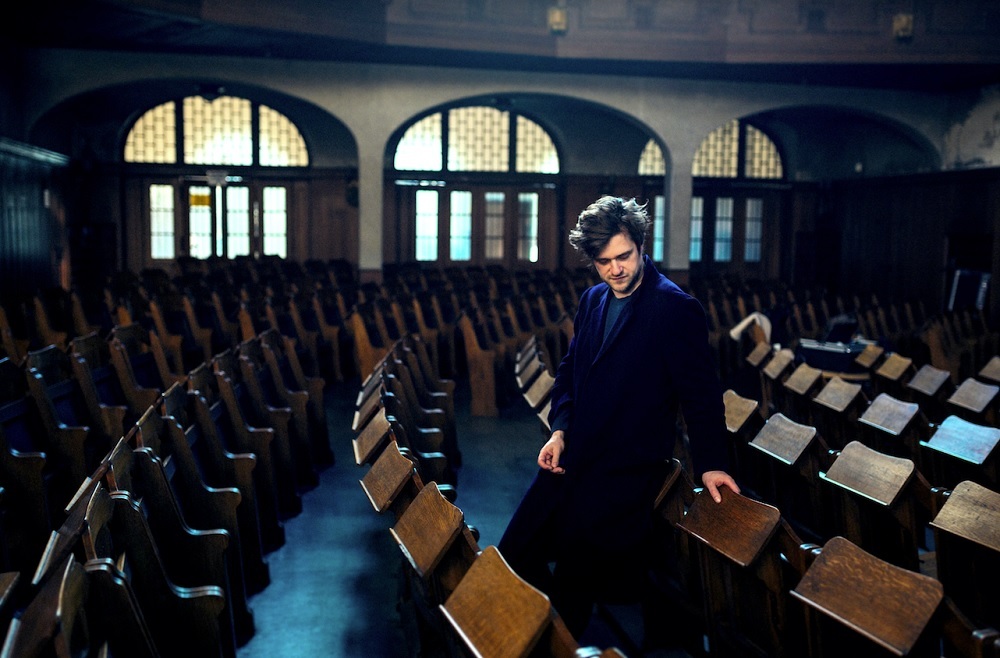 When did you write the songs on EP and where did you record it?
The songs for When We Collided have been written throughout the space of the last year. I recorded bits and pieces in different cities. The drums have been recorded partially in Berlin in an old bunker and some of it in a rebuilt church in the Czech Republic where I stayed with my band for a week to rehearse.

How do they compare to your previous work?
With the When We Collided EP I have started using a lot of synths on some of my tracks. That is something rather new in my musical universe. Also, coming for the more folk direction I guess some of the songs have moved more in the direction of rock and pop though still with a lot of acoustic feeling.

You worked with Sara Hartman on the lead single. How did that go?
Sara came to a concert of mine in Berlin last year and we had the opportunity to get to know each other a bit. I really liked her music and as it turned out she felt the same way about my music. So we agreed to do some co-writing and it was a lot of fun, so we wrote a couple of songs. And knowing her voice, I felt she would be just right to have on ‘When We Collided’.

What are your hopes for ‘When We Collided’?
First of all, I really hope that lots of people get to hear the song. Second I’d like to play the song live at concerts for a lot of people too.

When and where can we expect to see you on tour next?
I’ll be touring in Germany, Scandinavia in November, and in the beginning of the next year I’ll be in the UK on tour.

If you could collaborate with any living artist, who would it be?
Since I’m a lefhanded guitar player and Paul McCartney is too - that would be a dream…

Finally, if you could go back in time and give yourself one piece of advice, when would it be and what would you say?
“Go for it. Just do your music and don’t care too much about what other people say about whether you’ll make it or not. Just go ahead.”

Listen to ‘When We Collided’ on SoundCloud below. For news and tour dates go to lassematthiessen.com.