Austrian singer/songwriter KTEE left her small hometown in Austria to study at The University Of Vienna where she received numerous noise complaints from disgruntled neighbours and friends. But it wasn’t until she moved to Dublin that her songwriting flourished, and now she’s releasing single ‘Rollercoaster’. We found out more.

I love being isolated from the rest of the world when writing songs and this is just the perfect place for that.

2016 - what will you look back on most fondly from the year?
I got the chance to perform at “Danube Island Festival 2016“ which was amazing. This open air free festival takes place annually in Vienna and is Europe’s biggest open air music festival and over 3 million people visit it.

Did you make any new year’s resolutions?
Well, I am not that type of person who specifically makes new year’s resolutions. I always try my best and my plan has always been to make it in the music business and I won’t give up. So, basically my resolutions are to work as hard as possible, meaning writing many many songs, release songs, make music-videos, promote the songs and earn as much money as possible to be able to afford all this.

What was the musical highlight of 2016?
I performed with my newly formed band for the first time. I was so nervous and happy at the same time. This concert showed me once again how much I love what I am doing and as long as I can make my music, the world is a happy place for me.

What is your musical highlight of 2017 so far?
Definitely the whole process from writing and releasing my single ‘Rollercoaster’. It all started in Croatia in April where the melody of the song came to life. My co-writer and I found a great place in Rovinj a few years ago and it’s the perfect place for writing songs. I don’t know why but this place is so inspiring. I love being isolated from the rest of the world when writing songs and this is just the perfect place for that.

Who are you excited to hear from in 2017?
Hopefully from a great record label wanting to sign me.

Tell us about the record you have just released…
Well, as already mentioned above, the melody came to life in Rovinj and then the journey of ‘Rollercoaster’ went on in Vienna. I knew that I had to find a catchy hook (lyrics) for the song since I thought that the song had really the potential to be a very great one. So, no pressure, ha! I think there are now three versions of the song with different lyrics. I started over and over again, because I was never really satisfied with the outcome. I just couldn’t find the right topic and chorus.

So, one day I was sitting on my sofa, about to chill a bit and watch some TV, I just started to hum ‘Love is a rollercoaster ride, it goes up, up, up and down’. It came from nowhere, without thinking. So funny! I wrote it down and later we decided that this was going to be the chorus of the song and we came up with the idea of comparing love with a rollercoaster ride, since we found a lot of similarities (being excited, being/getting sick, jittery, risk, fun, fear….). Now, I am quite proud of it. 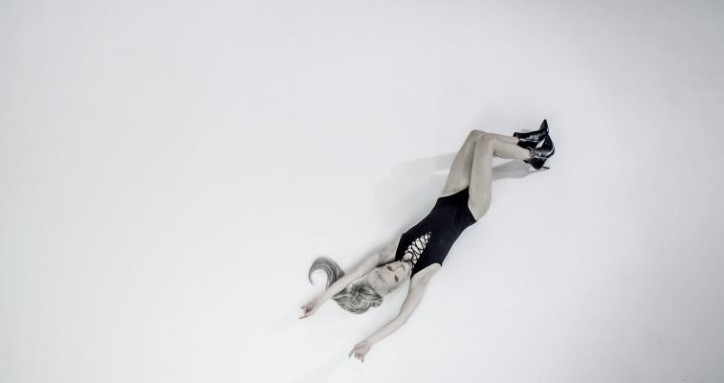 If you had to pick three artists to be filed next to, who would they be and why?
Pink: she has the so-called ‘fuck it’ attitude which I admire and I am as well working on that attitude. Let the people talk, be yourself, haters gonna hate anyway, no matter what you do or not do. You have to learn to let go and do what you love, despite other people’s opinions. (Taylor Swift is right)

What inspired the record?
The lyrics: Netflix in a way, since the chorus appeared in my mind while watching TV.

Music: the flair of Rovini.

If the record were an animal, what animal would it be?
Haha, nice question. But a tough one. My first thought was a snake because it can form the loopings of a rollercoaster, but that’s firstly a very cheesy and obvious explanation and secondly: I hate snakes.

So hmm… I choose the fictional tiger from Winnie Pooh. He has a springy tail and loves bouncing with it. So, since Rollercoaster also bounces a bit in the chorus and it about „up and down“- Tigger it is.

If you could jam with one artist alive or dead, who would it be?
Prince, because I think he was such a weird crazy person (in a good way). I think it would be super fun and that’s what jamming is about, isn’t it?

If you could have written one song by another artist, what would it be?
‘Dear Mr. President’. When I first heard that song, I cried. I hate inequalities and mistreatments so so much and I can’t either understand nor stand people whose selfishness and greed is stronger and bigger than altruism and love. I keep asking myself why and how so many asshole-people happen to become leaders?! So many people can identify with the lyrics of ‘Dear Mr. President’. It’s simply a masterpiece!

Someone is making a film of your life, who will play you?
Hmm, I once was told I look like Sarah Jessica Parker but…. I am not sure if she would be the right person to play me?! She is ‘slightly’ older than me, but if that doesn’t matter, it’s fine with me if she plays me.

Lastly, tell us one thing you have never revealed in an interview…
I suppose you wanna hear something embarassing, don’t you!? Well, I once peed on the platform of an underground station in Paris. I had to go soooo badly and I couldn’t find a toilet. There are NO public toilets in Paris, believe me!!!! And if I have to go I have to go. I have so say, that it was in the middle of the night and nobody saw me- except for security cameras!

Watch the video for ‘Rollercoaster’ on YouTube below. For news and tour dates go to kteemusic.com.