Kath & The Kicks is an alt-rock band from Leeds formed of Kath Edmonds (vocals/guitar), Shaneen Mooney (bass/backing vocals) and Matt Larkin (drums/percussion). They released their new single ‘Let It Out’ in June so we spoke to them about their journey so far.

‘Let It Out’ is a power song. The chorus is a reborn moment with the verses giving you a background story. It’s a journey.

First up, tell us a bit about yourselves - what led you teaming up as Kath & The Kicks?
We got together around July 2018 when I was working on ‘Let It Out’. I was looking for a bassist and a drummer… Shaneen and I have known each other on the Leeds Music Scene for a few years, I knew she was very talented and I was really excited about us working together. It was great to have another woman in the band too!

I was introduced to Matt through another contact who knew my music, and knew Matt really well. He is an ace drummer, very experienced and a really positive influence on the band. So as a three we have a strong collective attitude and love doing it for the music.

Who do you take inspiration from?
It’s a really broad range. We all love heavy music, but it spreads across all genres. Bands like Skunk Anansie, Faith No More, Rage, Deap Vally.

How would you describe your musical style?
Rock, heavy rock, alt-rock.

Why the name ‘Kath & The Kicks’?
It does what it says. We’re a rock band, Kicks is a classic rock word, think Joan Jett & the Blackhearts, Siouxsie and the Banshees. The Undertones. 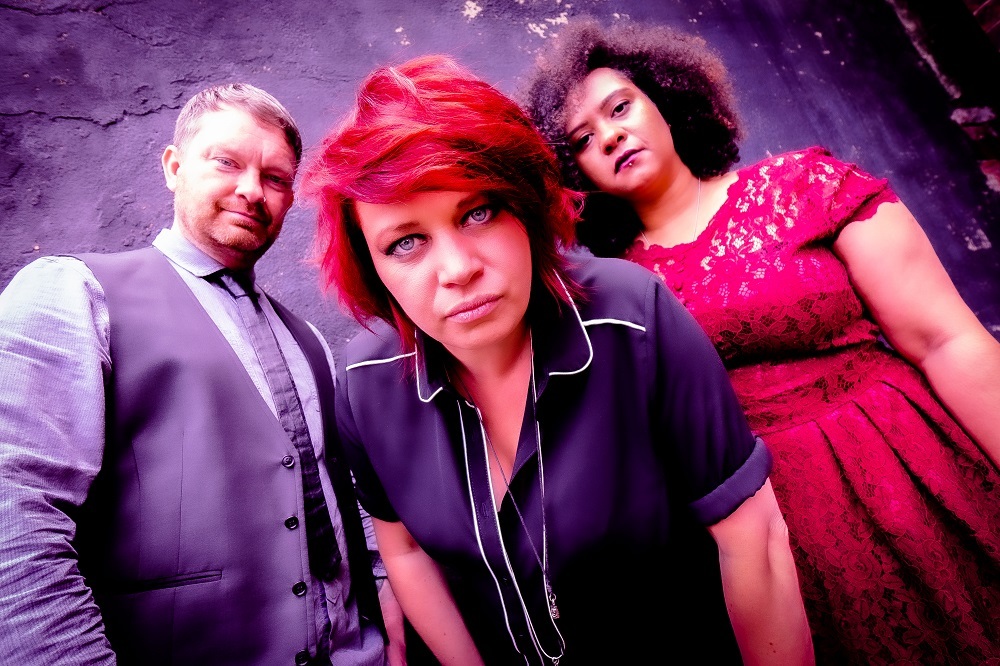 Tell us about your new single ‘Let It Out’, what’s it about?
‘Let It Out’ is a power song. The chorus is a reborn moment with the verses giving you a background story. It’s a journey.

When did you write ‘Let It Out’, and where did you record it?
I actually bought a new pedal early 2018, the Electro Harmonix Octave Multiplexer, to try and make my guitar sound thicker and deeper for riffs and ended up getting a really cool sound I wasn’t expecting. So this inspired the verse parts just messing about with the pedal. The original home demo doesn’t sound anything like the single so it has massively evolved over time!

I recorded all the parts at my friend’s studio and then worked with producer Blakey to create the final version. It needed to be as big as possible and I really wanted the song to sound different to anything I’d done before. A modern twist on heavy alt-rock, which is why it has the string lead line - these were actually a lead guitar line originally and only written right at the end as I could hear a gap in the arrangement. They are now a prominent feature, a hook.

How does ‘Let It Out’ represent your style?
Despite the fact we’re a 3 piece, we’re really into making huge productions. Layers of sound all interlinking and supporting each other. It’s the first time since ‘Catch The Storm’ (a previous track recorded at Ealing Studios) that we had the opportunity to go big on the sound.

As a band, we’ve been together for a year now and during this time ‘Let It Out’ has been a journey all in itself trying to conquer the live version together, doing justice to the single. The 3 of us have worked really hard on many different live versions to find one that feels right and has the energy with just our three instruments. There have been about five different versions!

What are your hopes for ‘Let It Out’?
We’re all on the same wavelength with things. The universe will deliver whatever is right for it and us.

What other plans do you have for the year? Where can we see you on tour?
Some ace gigs over the next few months. Check out our website. One to watch out for will be the 360 Club on September 13th in Leeds. That’ll be a great gig.

Finally, if you could go back in time and give yourselves one piece of advice, when would it be and what would you say?
Just enjoy the ride.

Watch the video to ‘Let It Out’ on YouTube below. For news and tour dates go to kathandthekicks.com.