Kalioen is a London-based rapper, record producer and director. His album, To Love Lost in a Bitter Feud, covers his teenage years of being 15 to 18 with the first single, ‘Cherry’, reminiscing on the time when Kalioen lost his virginity. We caught up with him to find out more.

‘Cherry’ is the start of innocence, and, as you progress through the tracklist, you’re introduced to a variety of emotions, whether it’s vulnerability, jealousy, anger or regret.

First up, tell us bit about yourself - what first got you into music?
My first memory of music I think was when I use to listen to the radio in the car on journeys to school or road trips. I was always curious about making music but making rap started when I realised that I was a terrible singer and I could be more descriptive in a verse.

Were there any particular bands or artists you took inspiration from?
There’s a lot of artists that I take inspiration from, it could be absolutely anything and its not always musicians known for songs. It could even be a scene in a film with the backing music and the emotion of the scene could spark something to write about or produce. But if I was to name a few: Al Green, Tyler the Creator, A$AP Rocky, Cat Power or Amy Winehouse. All of these artists at some stage or another have inspired me to write.

How would you describe your musical style?
I still find it hard to describe the musical style of this album or even myself. The style changes all the time, I tend to just go off of feeling rather than a calculated thought to create something specific to a style. If I was to pin it down it would fit into the expansive genre of alternative hip hop.

Why ‘Kalioen’?
I just liked it, I haven’t got a story behind it. 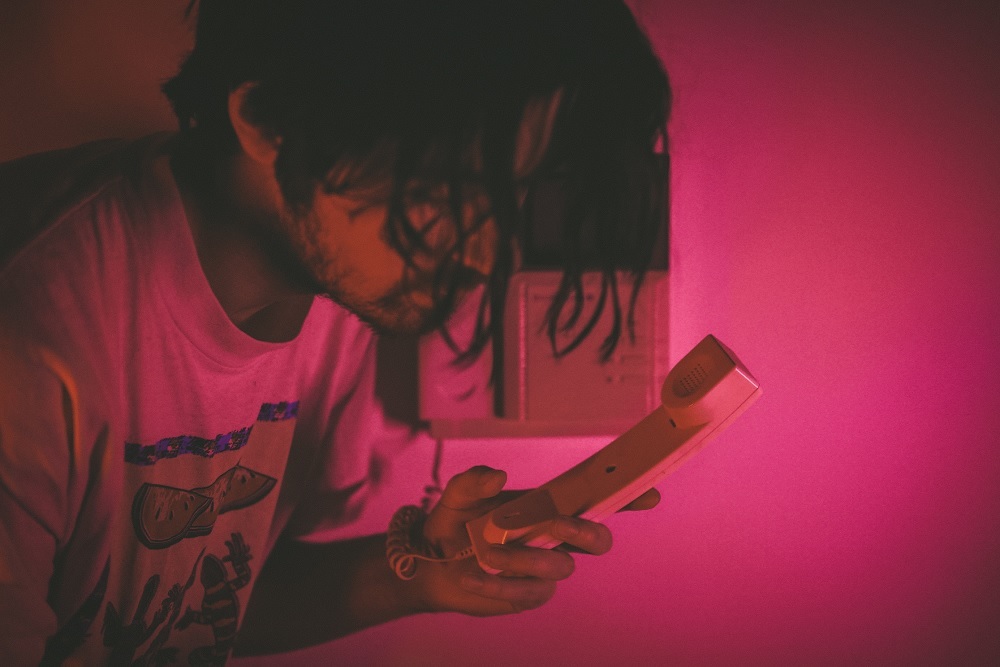 As the the first single from your forthcoming album To Love Lost in a Bitter Feud, how does ‘Cherry’ represent the album’s style?
I would say it represents the narrative behind the album, but its production doesn’t necessarily set you up for an idea of how the album is going to go. This is my interpretation of the lyrics; ‘Cherry’ is the start of innocence, and, as you progress through the tracklist, you’re introduced to a variety of emotions, whether it’s vulnerability, jealousy, anger or regret. So, in short, it’s a progression from innocence through to guilt.

When did you write To Love Lost in a Bitter Feud and where did you record it?
I started writing for the album in 2014, but it wasn’t a finalised track list, I think I was finding the best way to write about these situations or thoughts and it took on many forms with its production and lyrics. But, I was never happy with the finished product until I finished these seven songs.

You described making the album as a turbulent experience that become therapeutic in its final stages. Can you tell us more about that?
A lot of the situations I had got myself into were playing with my emotions a lot, mainly my insecurities. It would plague my mind and change my mood in front of people, I had trust issues with friends and women. My anger motivated me and when I reached the final stages, I realised I had immortalised those emotions in a song and I was no longer burdened with them.

Can you talk us through each song?
These are all my interpretations, everyone who listens is open to taking their own perspectives of course.

‘Pretty Living’ was heavily influenced by 2012s introduction of pitched down vocals and sub-bass heavy sounds, it was always on when I was at house parties so it kind of became the soundtrack to drug use.

‘Coldfeet’ is my most vulnerable song, as I said I’m terrible at singing but it felt right so I kept it, it’s generally about a three way relationship and I am second best hence my cold feet.

‘Purgatory’ poured out of me when I made the instrumental, I felt extremely alone and all of my upbringing religion was somewhat forced upon me and I just wrote about my questions for the religion.

‘Missed Calls’ in some respects a recovery from the loneliness, I found strength in my passion and my motivation to move forward. Most of my friendship circles at the time were never supportive of the idea of success, they found it farfetched. So the lyrics are about cutting dead weight and moving forward disguised in car metaphors.

‘Bourgeoisie’ is filled with anger, theres a long story behind this but in short, I always noticed a divide between areas, classes of people and their attitudes. Lyrics like “keep all your opinions to yourself cause you’re not on your knees” were created from just general observation with the middle/upper class when they were drunk or how they spoke over dinner. I stayed quiet in those situations being outnumbered but I wanted to use the song to actually say what I wanted to say.

‘I Had To’ is the end of the project and more than likely the final stage of guilt. After getting cold feet and finding strength in missed calls, I found myself tearing away from that three way relationship recklessly and found someone else, there was times in that relationship where she would be physical; slap, kick, strike or spit but when it came time to break, I couldn’t take being struck with intent to damage so regrettably I fought back. I detailed my regret, my desire to apologise, but also to remind myself to not lose my patience in situations like that, walking away is easier than trying to flatter your pride.

What are your hopes for ‘To Love Lost in a Bitter Feud’?
I just hope that those that listen enjoy it or learn from it as much as I did when making it. That’s all I hope.

What can you tell us about your plans for the rest of 2019?
I want to release this then I have more music in the works, I am really happy with the new music I’ve started to create as well, so I’ll be releasing that at some stage. Towards the end of the year I want to do some shows exactly how I envisioned it, as an experience rather than a performance. I want it to be like an art installation. Of course, it’s going to take ma while but that’s my aim for the end of the year to showcase that at least once.

Finally, if you could go back in time and give yourself one piece of advice, when would it be and what would you say?
Take your own advice, if you can’t see someone else’s vision stick to what you know and feel. Your opinion matters most. I think I would have said that to myself in 2014 at the very beginning of creating this album.

Watch the video for ‘Cherry’ on YouTube below, for news and tour dates go to the Kalioen Facebook page.