Singer/songwriter Jon Campbell threads together alt-country and folk with a powerfully honest expression of his sexuality. We caught up with Jon to chat about new single ‘Francis’ and forthcoming album Sirens.

The story of ‘Francis’ is non-linear; it takes place at multiple moments in time, separated by decades but inextricably connected like entangled particles.

First up, tell us bit about yourself - what first got you into music?
I come from a very musical family. Music was always being played in our house when I was very young: Randy Newman, Carol King, Tom Waits, James Taylor… yearly road trips to the New Jersey shore were always accompanied by Billy Joel, Van Morrison, The Beach Boys and Talking Heads.

Me and my brothers used to complain about Van Morrison - but of course now we’re all very grateful to have been inadvertently indoctrinated in some mighty fine songwriting. My older brother and I both bought guitars in 1996 and the first thing we did is learn to play the entire Nirvana “Unplugged” album from start to finish.

Were there any particular bands or artists you took inspiration from?
I was definitely heavily influenced very early on by those records my parents would play. But I think if I had to choose five artists that impacted me the most, they would be Liz Phair, Tori Amos, Joni Mitchell, Stephen Merritt and Leonard Cohen. But I’ve also just recently fallen in love with Brian Wilson.

How would you describe your musical style?
I guess technically I’m a folk musician because I’m not classically trained - or my training was interrupted: I played trumpet from 9 - 14 years old but I had to stop when I got braces on my teeth. I learned to read music, but I never memorised the scales - so I guess I’m somewhere in between, because now I write arrangements note for note, right onto the staff, but I rely on the software to work out the scale of whatever key the song is in.

If you could collaborate with any living artist, who would it be?
Stephin Merritt, hands down. The 6ths is a project of Stephin’s where he invites guest vocalists to sing his songs (or he writes them with that particular voice in mind, I believe, though I could be wrong). Stephin: if you’re out there, and if you make another 6ths album, I’m your man, hit me up! :-P

Tell us about your debut, ‘Francis’. What’s it about, what are its themes?
‘Francis’ is the first track on my forthcoming LP. I almost called the album “Francis” because the song was so instrumental in the creation of the whole record. He was like the gatekeeper at the floodgates of a bunch of songs: once he came about, song after song kept coming out of me, sometimes on a daily basis; 14 songs in the end - but only half of those ended up making the cut for the final record.

The story of ‘Francis’ is non-linear; it takes place at multiple moments in time, separated by decades but inextricably connected like entangled particles. It came to me at a very dark period in my life, and it felt like a map to get out of hell. I think of ‘Francis’ like an inner child, holding a light and beckoning me to go on the journey that became Sirens, showing me the way out of a dark place.

When did you write it and where did you record it?
I wrote ‘Francis’ in May 2017, and recorded a demo by August of that year, but the recording of the actual track took a whole year to complete. Recording Francis was the hardest thing I’ve ever done, musically. The guitar, strings and vocals were recorded in my home studio.

I recorded many versions, at many different tempos - recorded and re-recorded and re-recorded it again - so many times. It was really important for me to get it right, because the song really felt like my baby, and I couldn’t compromise at any step of the way. It was incredibly challenging, but I knew the moment I played and sang the final takes that they were the ones. 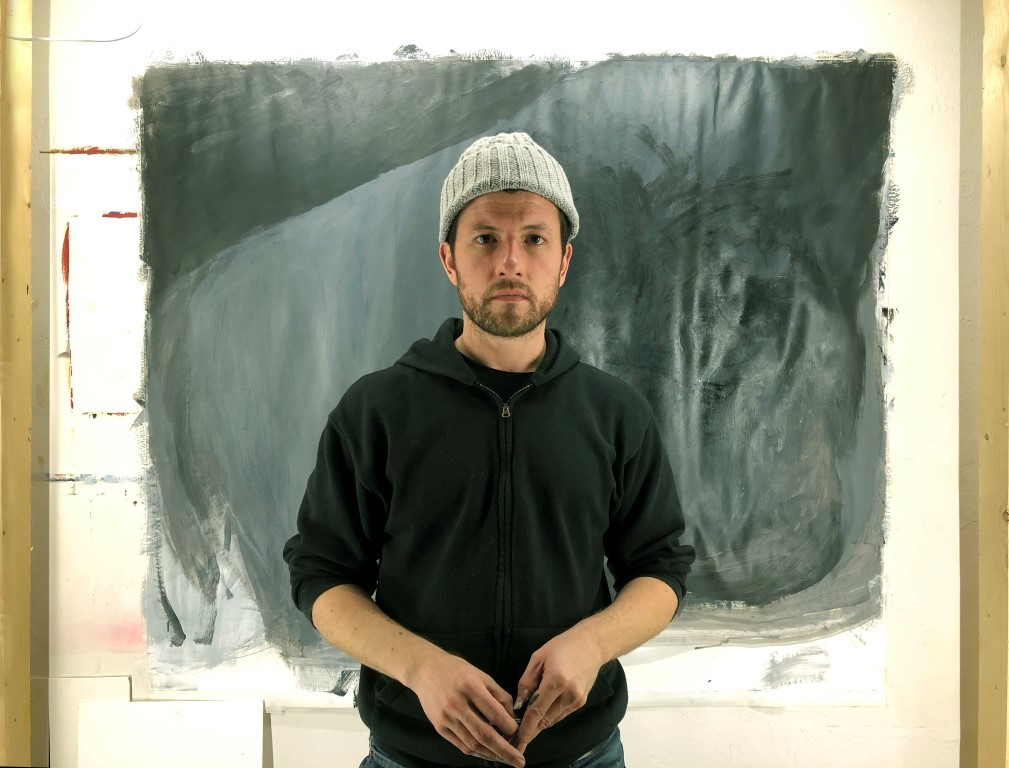 How does ‘Francis’ represent your style?
I don’t feel bound by any one style; it’s folk music and it’s indie music, and beyond that it’s a serious and a sincere song. Not all tracks on the album are as serious or sincere, but ‘Francis’ came with pretty dire implications right from the start. He was born out of a sense of danger and emergency; it really did feel like a life-or-death situation - so that’s where the seriousness is coming from.

The video for ‘Francis’ features more than 1,000 of your paintings and took six months to make. Can you tell us a little more about the concept?
The idea for the animation came about because of the non-linear nature of the story, whose characters’ identities are ambiguous and shape-shifting. With paintings, I could literally blur their identity to emphasise their transient nature.

I painted the animation in the fall and winter of 2018 / 19. I couldn’t paint before sunset because the sunlight would cause too many inconsistencies in the photos, so I’d head to my studio nearly every single night for months on end in the dead of Berlin winter, keeping myself awake with chocolate milk and trail mix until the wee hours - but there were many magical moments in those late nights.

I had a tripod duct-taped to the floor for a consistent point of view; I’d put my phone in the tripod and take the photos with a remote control, carefully tiptoeing around the tripod as I painted. The process was an extremely meticulous one, and became very ritualistic, automatic and meditative. There were many hours in the studio spent in a very joyful and timeless flow-state.

Who did you work with to make the video happen?
I painted and directed the animation entirely by myself. I took the photos with an iPhone and made the animation in iMovie. My friend and pianist Jacek color-corrected a few seconds of the rendered video in post-production. It was pretty much as DIY as it gets!

Are how did you feel when you saw the results?
I felt very happy and very relieved. I slept really well for a solid two weeks.

What are your hopes for ‘Francis’?
‘Francis’ came to me like an inner child tugging at my sleeve, inviting me to go on the two-year adventure that became Sirens - I hope the song can invoke the imaginations and inner children of others too, even if just a little bit.

What can you tell us about your plans for the rest of 2019?
I’ll be shooting a couple more music videos this summer in Berlin, as well as rehearsing for the release show on October 1st, also in Berlin, at Privatclub in Kreuzberg.

But I’ve been occupying my heart and my mind so intensely every day for two years straight, so since the vinyl was cut this past week, I’ve felt like an alien abductee stepping back onto earth and back into my body after having been on a spaceship for two years; so I’ve been practicing yoga, working out, riding my bike and enjoying the springtime in Berlin. :)

Finally, if you could go back in time and give yourself one piece of advice, when would it be and what would you say?
The first time I performed my songs in front of a live audience was in 2001 at a place called the Flying Saucer Café in Kingston, New York. It went better than I ever could have imagined; the place was full of maybe 70 - 100 people, and they were so quiet you could hear a pin drop. It was a wonderful feeling! But the second time I got on stage was quite the opposite - people talking loudly during my performance; a rowdy, drunken vibe.

It felt awful - so awful that I decided it wasn’t for me - and didn’t get on stage again for 11 years. If I could go back in time, I’d go to that stubborn, overly sensitive 18-year-old and say “Fuck it - who cares - keep doing it until you get that feeling back from the first time” - at least that’s what I’m doing today.

Watch the video for ‘Francis’ on YouTube below. For news and tour dates go to www.7lb.studio.