Jeb Loy Nichols has lived in London and New York, but now he’s living in the hills because he doesn’t want to be anywhere else. There he writes books, makes prints and release records. His latest album is June Is Short, July Is Long, due for release in July. We found out more.

I wanted to make a rural record, one outside the usual urban pressures. And the ducks - watching the ducks - that was an inspriration!

Did you make any new year’s resolutions at the outset of 2019?
No. I don’t make them. I’d rather let what happens happen.

What was the biggest lesson you learnt in 2019 so far?
I have a lake that some wandering ducks have made their home. They teach me, everyday, to relax and let the world go by.

Who are you excited to hear from in 2019?
Carlton Jumel Smith.

Tell us about June Is Short, July Is Long… How did you select You Got It Wrong as a single?
I didn’t. All the tracks sounded good to me. But it was mutually decided that ‘You Got It Wrong’ was a good way to start. I asked the ducks and they agreed. 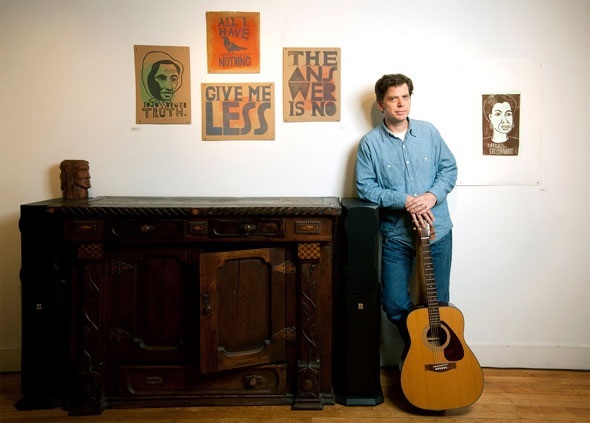 You have teamed up with The Westwood All-Stars for the release. How did you piece the band together?
They all found me. I wanted a local band, everyone from here in mid-Wales, and I knew Clovis Phillips. So that was a start. One by one Josh and Will just turned up. Just like the ducks. They found me.

How much does the band shape the sound of the record?
Completely. We recorded everything in three days, so there were no over dubs. Everyone brought their ideas and we let it flow.

What inspired the record?
The feeling of living out here in the hills. I wanted to make a rural record, one outside the usual urban pressures. And the ducks - watching the ducks - that was an inspriration!

If the record were an animal, what animal would it be?
Gotta be a duck.

Your back catalogue is very diverse, if you had to pick three artists to be filed next to, who would they be and why?
James Brown, Bobby Womack, Merle Haggard. They were all indiviguals who did their own thing.

If you could jam with one artist alive or dead, who would it be?
Miles Davis.

If you could have written one song by another artist, what would it be?
‘Don’t Fall Apart On Me Tonight’ by Bob Dylan.

Someone is making a film of your life, who will play you?
I’d block the film. I’d never participate in anything like that. It’s about the song, not the singer!

Lastly, tell us one thing you have never revealed in an interview…
I love ducks.

Watch the video for ‘You Got It Wrong’ on YouTube below. For news and tour dates go to jebloynichols.co.uk.