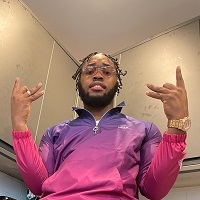 Jay Ardz finds solace in his music after being thrust into the care system when he was taken from his mother at a young age. His most recent single, ‘Target’, is taken from his debut EP GAD which stands for ‘Grind All Day’. We caught up with Jay to find out more about his music.

Grind All Day represents my whole brand and lifestyle, GAD is a way of life, as I’ve seen everyone all my life have to work hard and really struggle to progress in life, so I embraced it.

First up, tell us about yourself - what got you into music?
Honestly happened by chance, I was in Nigeria, my dad was starting to develop artists, asked me if I wanted to go to the studio one night (I’m talking like 10pm or 11pm), I was 14 at the time. Honestly I think I fell in love with it then, after that I just always wanted to record but I used to sound terrible, but no one told me 😂😂.

Were there any particular bands or artists you took inspiration from?
Growing up in Brooklyn in a single-parent household, back when people played their songs on CD players, my mom would always play this one disk with random songs from Eminem, Black Eyed Peas and Micheal Jackson, there were other songs on it, but those three artist stayed in my mind at the time.

The song I remember the most which really influenced how I listen to music was Eminem ‘Mockingbird’. The song resonated to me on an emotional level cause I didn’t remember seeing my dad very often, that was my favourite song till I heard Drake ‘Best I Ever Had’, when it comes to inspiration he inspired me the most out of any artist I always use to study his work and music, what I derived from him the most was being versatile. 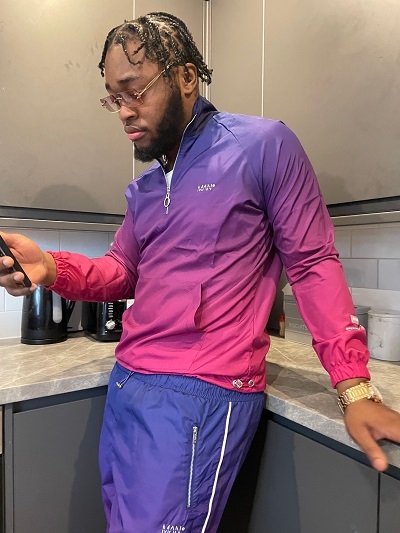 How would you describe your musical style?
I honestly wouldn’t like to put myself in any bracket of style because I’m always evolving based on my experiences and what music I’ve been listening to, however for the most part I would see myself as a versatile multi-genre artist. I feel my music is a product of what I listened up to growing up and a mixture of Afrobeats, hip hop, and dancehall.

Why ‘Jay Ardz’?
Well, when I first came to the UK I was baptised and took on the name Jacob which I got from the Bible, which was shortened to Jay, and I got Ardz from the word ‘hard’ as everyone would always tell me that whenever I rapped or sing.

If you could collaborate with any living artist, who would it be?
Drake.

Tell us about your latest single ‘Target’. What’s it about?
‘Target’ is about my past and my life, as well as current events, I wrote it after the passing of George Floyd. This was a historical time which inspired me to push the boundaries in myself and released my insecurities.

At the same time I recalled one of the time murders that’s happened during a party on a night out, right after the murder we went to the next party. I realised how desensitised my generation was that night, cause it didn’t faze me one bit, I think it was either I was so use to death or the idea of it, put myself in the guys shoes thinking how he told his mom he’ll be back, but never did.

‘Target’ is taken from your EP GAD (Grind All Day). How does the EP represent you?
The EP represents my whole brand and lifestyle, GAD is a way of life, as I’ve seen everyone all my life have to work hard and really struggle to progress in life, so I embraced it with GAD.

The colours white and green on the cover representing my heritage of Nigeria. I come from a working class family who came from even worst condition. As the first generation abroad from immigrants, I’ve had to embrace two different worlds.

Can you talk us through each track?
‘Burning’ is not a love song, but more of a breakup song.

‘The Ritz’ was inspired by an experience, the first time I went to the West End in London. I got to experience many different things and just seemed just seemed like luxury in a different world compare to what I was used to live in South East London so is literally inspired by the actual hotel called The Ritz.

‘72 Days’ also had some inspiration from the passing of George Floyd at the same time experiences from my environment, where me and my friends grew up and what we were involved in. It’s also me making a statement that we’re up next, how could you hate unless you can’t hear me.

‘Bae Bay’ was more of a commercial song as well as the song that I thought could hold the attention of a younger audience as well as an order audience. I believed it was perfect barbecue music or the song you could play on a date or drive. The song has a lot of food for thought and also spoke about a lot of things that happened before the coronavirus lockdown like one of my favourite bars in the song, “why look up to the stars when we can be them”.

‘Sh!t’ was just more of a commercial song that was actually made years ago when the movie Shazam was coming out I don’t even remember my frame of mind for that song, I was probably trying to write another commercial song that I just really want people to vibe to as well as just feel the energy when they hear the song.

What are your hopes for ‘Target’ and GAD?
My hopes are that the EP and song provide me with more exposure, and make it way to the ears of new listeners.

What else is coming up for you in 2021?
More music, more singles, more videos, as last year was unpredictable, I’m still being cautious of expecting things to go as plan.