Jamie Felton is a 23-year-old Oxfordshire musician who released his new EP, Addicted To The Music today. We caught up with Jamie to learn more about his influences, the EP, and how he’s supported the Music Venue Trust.

I love writing in a wide variety of genres. Every song is a world apart from the previous.

First up, tell us about yourself - what got you into music?
Busted and Avril Lavigne. 6 years old, 2003, annoying my thankfully tolerant Mother on car journeys with wailing singing of hits like “What I Go To School For” and “Sk8er Boi”. 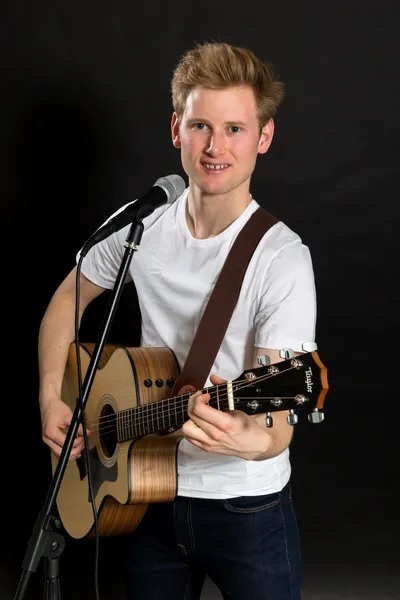 Were there any particular bands or artists you took inspiration from?
The Beatles for their sheer genius songwriting. Queen for their dramatic arrangements, exceptional harmonies and Freddie’s unrivaled ability to captivate an audience. Green Day and Nickelback for the rockier, punkier side of things. And more recently, the sweet sweet vocal cords of Michael Buble, Bruno Mars and Paulo Nutini. Oh, and Scary Pockets for da funk!

How would you describe your musical style?
I love writing in a wide variety of genres. Every song is a world apart from the previous. Hopefully it’s a more interesting musical experience for the listener; to hear rock, pop, funk, latino, country and Spanish fingerstyle guitar all on the same EP.

Lyrically, I also try to keep topics diverse, not always sticking to popular subjects like love and relationships, but writing songs that people can connect with in other ways such as opinions, life experiences or just fictional stories that they may find entertaining.

If you could collaborate with any living artist, who would it be?
Jacob Collier. ‘Genius, magically talented musician’ doesn’t cover how much musical knowledge this guy contains. He can play every instrument under the sun. He writes songs in keys unheard of - not F major, not F sharp major, but F HALF sharp major for example! Just to be in the same room as him watching him think and work his way through delicious chord progressions would be a gem of an experience.

Tell us about your new EP Addicted To The Music. What’s the title track all about?
‘Addicted To The Music’, is an up-beat, feel-good rock track about the euphoria of watching a live band give the show of a lifetime at a packed-out music venue. Expect anthemic melodic hooks, thumping drum grooves and stadium-echoing vocals that will lift spirits and remind us how much we all cherish live music. It is brought to life with a live production, resembling the sonics of an arena concert. 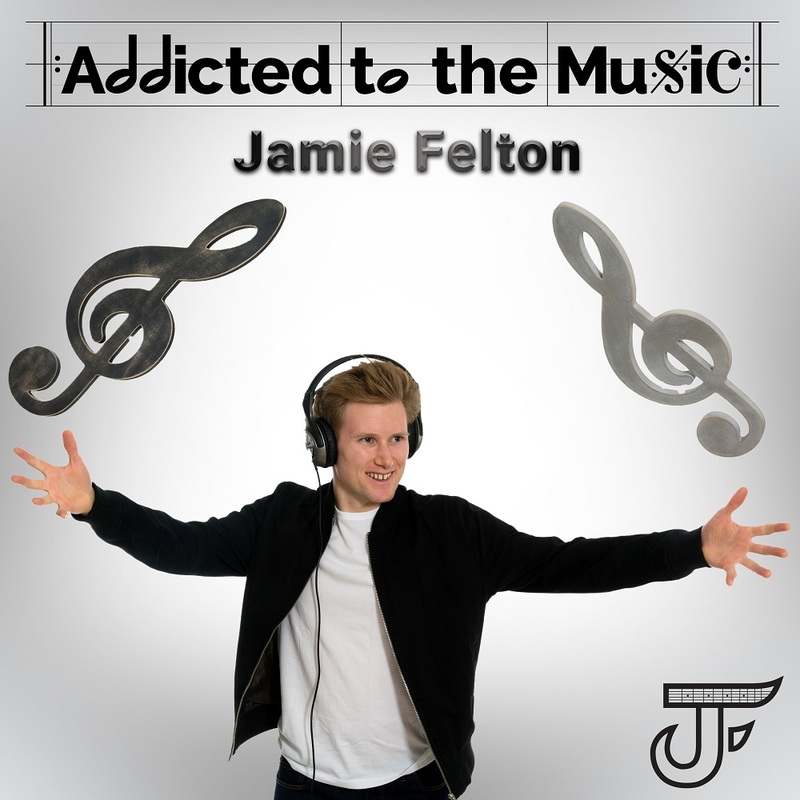 When did you write it and where did you record it?
I wrote it around the time that the music venue, the Cellar, in Oxford, was under threat of closing down. So the song was written in early 2018, arranged for band in mid 2019, and recorded in my bedroom in late 2019/early 2020. Although the horn parts actually come from session musicians in Columbia and Ukraine! And shout out to Mike Bannard at Safehouse Studios in Oxford who helped produce the track and really bring it to life with the live production element.

How does ‘Addicted To The Music’ represent you?
I came here to rock ‘n’ roll and eat cheesecake, I’ve just finished my cheesecake…

Can you talk us through the other songs on the EP?
So after ‘Addicted To the Music’ the single, comes ‘Backs Against The Wall’, which is about the ‘B’ word, BREXIT! I’m no Billy Bragg and I’m not even a massively opinionated guy, but it just voices the thoughts of most Brits over the last few years that the country has dealt with this political mess appallingly. With a vigorous string section and clashing chords, it’s the most dramatic number on the EP for sure.

The third track is a funk song; it’s riff-based, dynamically weaving through notes that will get you groovin’. It contains solos from the electric guitar, organ and trumpet. I’m very fortunate to be able to do music for a living, but ‘Can’t Fake It’ is lyrically about what I would be like if I had a ‘normal’ job - most likely getting the sack every 6 months because I am genuinely so useless at everything else! Music (and maybe ping pong) is just about the only thing I’m half decent at; so “Can’t Fake It” is basically about unemployment haha.

Tune number four, ‘Heat’, brings a latino/americana aspect to the EP. It’s an extended metaphor about unrequited love for someone so intensely beautiful, that it intimidates you, yet ya still fancy them ;-) Again, I love spicing up my songs with solos from varying instruments so “Heat” showcases virtuosos from the acoustic guitar, flute and Peruvian panpipes! 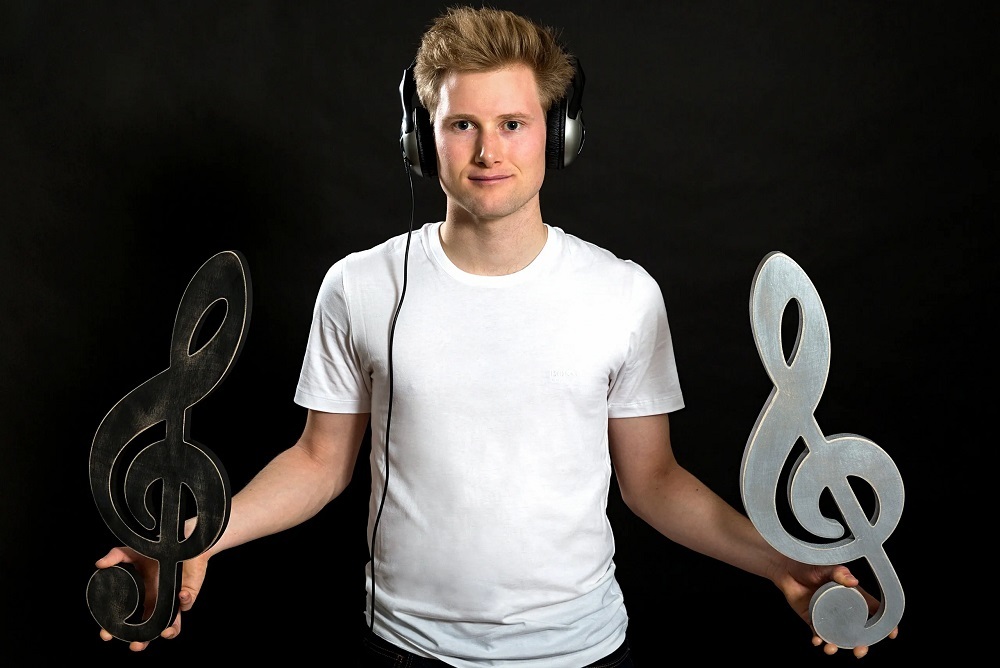 ‘Red Hot Woman’ is a country/comedy song about Guildfordian marriage rejections! Completely fictional you’ll be glad to hear. It’s a story song detailing a girlfriend’s hot looks before proposing, getting slapped in the face and then throwing her juvenile insults.

And the last track, ‘Señorita’, is an instrumental cover of the Shawn Mendes & Camilla Cabello hit from 2019, arranged for flamenco guitarra. An acoustic 6 string soaking from reverb playing twisted arrangements of well known songs is heaven for me so I thought I’d give it a crack with this well-loved classic from last year.

What are your hopes for ‘Addicted To The Music’?
That it raises money for the MVT. For every stream of the song on Spotify or view of the music video on YouTube, I’m donating a penny to the Music Venue Trust, which is a charity that financially supports live music venues across the UK. These venues were struggling anyway, but Covid-19 has absolutely destroyed them and many risk complete closure.

Without these venues, we wouldn’t have the likes of Ed Sheeran, Adele or Arctic Monkeys, artists who established themselves playing live, gaining an audience and growing a fanbase so it’s hugely important that we try to keep the live music alive!

What else have you got coming up this year?
The remainder of 2020 is mainly focused on the promotion of the EP. I have a few gigs lined up, which people can view by visiting the gig guide on my website if interested in coming (jamiefeltonmusic.co.uk). I also intend to start releasing singles throughout 2021 so I can’t wait to get back into the writing side of things.

Finally, if you could go back in time and give yourself one piece of advice, when would it be and what would you say?
So my first EP, Into The Real World from 2017, absolutely flopped. I didn’t know how to properly promote a musical product back then, whereas now, I’ve gained a few more tips and know one or two more promotional methods to get the music into as many ears as possible. So I wish I’d have known that you have to spend as much time on the business side of the industry as the actual music itself in order for it to get anywhere.