Jackie Charles is the love-child, band and alter ego of Kaja Bremnes who released their debut album Future Fantasies last month. Described as a summer soundtrack for those with more nihilistic tendencies, we caught up with Jackie Charles to find out more about their music.

A lot of songs just jump at you when you least expect it, and there are probably hundreds that got lost in the soup that is our lead singer Kaja’s mind.

First up, tell us bit about yourself - what first got you into music?
Hi. We are Jackie Charles. We are circa 80 plus years old. We got into music because we once got locked into a broom cupboard in kindergarten. By now we don’t seem to know how to stop, and this addiction is leading to a very insecure but thrilling lifestyle.

Were there any particular bands or artists you took inspiration from?
Pretty much all of them to be honest. Even awful rubbish music has some inspirational value. The fascination in telling a story is prevalent with us. And we all seem to share that love, of music with a message, or music that seeks to convey something beyond its style.

How would you describe your musical style?
Take a dash of muddled and undefined emotions and mix it with some pure melancholy, have a panic attack and then a nice nap, slap on a happy dress and a silly hat - dance around for a good ten minutes and then set the whole thing on fire.

If you could collaborate with any living artist, who would it be?
Collaborations are a minefield because it can cause muddied waters - most of really great music has a very singular vision. Dr Dre once talked about how important it is to wear blinders (or blinkers, it’s horse lingo, don’t worry about it) and shut out what everybody else is doing in order to focus on your own thing.

This awesome Norwegian guy Emil Nikolaysen got to do an album with Todd Rundgren though. We have to admit that is pretty darn cool. But all-in-all we would love to have a jam with a bunch of people, not to create a masterpiece or anything, but just for pure satisfaction. Make some kind of supergroup. Like, members of the cure and blondie and a dash of the staple singers and Wu Tang… Paul McCartney seems like a musicaholic so he might be fun to play with, also some of the guys from motorpsycho and then maybe throw Kate Bush dancing with Tom Waits in there.. Like Talking Heads meets Bez from Happy Mondays style dancing. 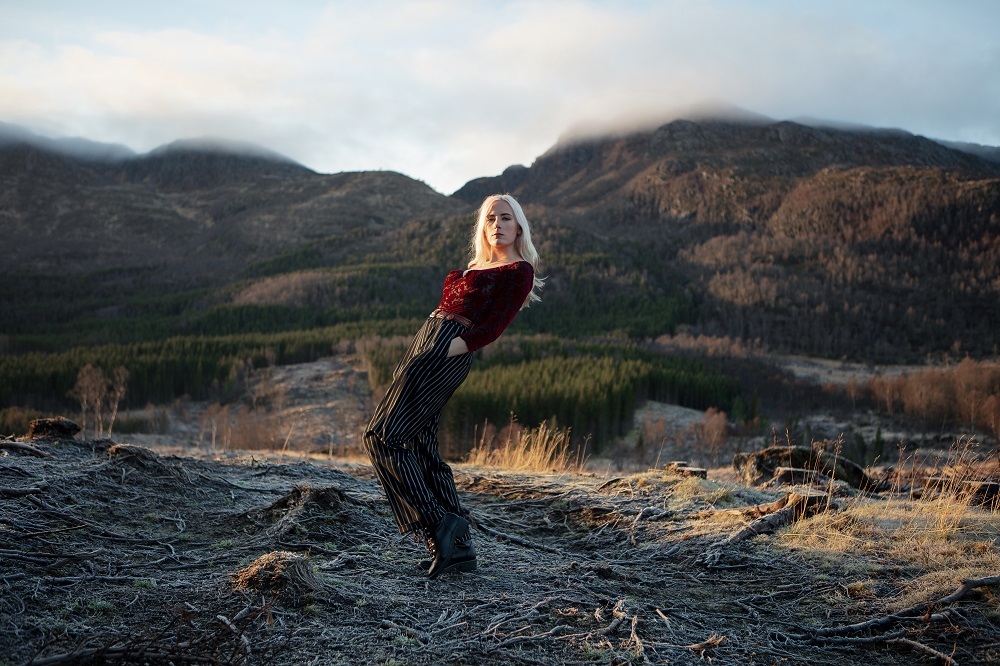 Tell us about your debut album, Future Fantasies. What’s it about, what are its themes?
Our generation is interesting in that we seem to expect that we get to be exceptional. We were told that we can be whatever we want to be and that as long as we dream it hard enough we should be able to succeed. But the reality is that some of us have to live very standard lives. And that can be disheartening. So some of us get stuck in a sort of limbo, where you know you will never be insanely successful so why even try? We have such a high benchmark for what is successful as well, it’s never enough to just kinda be. A lot of us feels sorta stuck. In love, in work, in time, in life. It can be hard to see the point.

At the same time, the future seems very uncertain. After a fairly chill and prosperous time we humans have a tendency to self-sabotage and crave upheaval. It’s history repeated, and it feels inescapable and dumb. The vibe is very much that there might not even be a future. That might also be for the best, maybe we humans are a virus infesting earth and it would be better if we got eradicated. But then there is the question of how to address the present if you’re not sure you’ll get to stick around for much longer. And also how to prepare for the possibility that everything turns out okay. Because that has been known to happen. And there lies the crux of all of this. What do we do with all of this hope we can’t seem to get rid of?

When did you write it and where did you record it?
The writing happens very here and there and all over. It’s a chaotic process where having a pen handy at all times is very important. A lot of songs just jump at you when you least expect it and there are probably hundreds that got lost in the soup that is our lead singer Kaja’s mind. The album was recorded in Rudi Schenker’s mansion somewhere in Germany.

How does Future Fantasies represent your style?
It does not represent a specific style as such. Style comes secondary to the content and the songs are dressed in the clothes most suited to each individual song. I guess you could call it The Beatles approach. But you see it in a lot of hip hop as well - incorporating influences from different styles and genres as the mood of the song develops.

Can you talk us through each track?
No. We would like you to walk that path on your own, and make your own observations and mental notes as you go along.

What can you tell us about your plans for the rest of 2019?
There is a plan to do a lot of fishing and then gutting said fish. There is also a plan to escape the inevitable and a very detailed plan to do a heist. We have a plan of action and a few plans of our own. And then a plan to make a few more plans after that.

Finally, if you could go back in time and give yourself one piece of advice, when would it be and what would you say?
We are very much ´warts and all´ type of people. Mistakes are beautiful and valuable. Plus we´re not listening to ourselves now, so we probably wouldn’t in aforementioned scenario either.

Watch the video for ‘Time Travel’ on YouTube below. For news and tour dates go to the Jackie Charles Facebook page.