Singer/songwriter J R Harbidge is a rocker from the Black Country with strong roots in the Birmingham music scene. He found a home in fellow Birmingham band The Twang’s studio space, enabling him= to hone his craft and will release his debut album First Ray Of Light in October. We spoke to J R Harbidge about his music and first LP.

The album touches on a few different themes from depression, to hope, loss, infidelity and there are some politically-charged songs also.

First up, tell us bit about yourself - what first got you into music?
I guess my Dad got me in to music. We always had music on in the house or in the car. In the house it was Black Sabbath, Crosby Stills Nash and the Beatles and in the car it was the Beatles, Elton John and Phil Collins. Music was played from the moment we woke up til the moment we went to bed.

Iron Maiden were the first band that really got me excited about playing music and started playing guitar at 9 years old as a result of hearing Can I Play With Madness.

**Were there any particular bands or artists you took inspiration from? **
Loads. For this album the inspiration came from Ryan Adams, Bob Dylan, CSNY, The Band, The Eagles and Jackson Browne. I absolutely love the bands of the late 60s early 70s, particularly from the States.

As a teenager you played in your first band, Powderfinger. What did you learn from that experience?
Powered Finger wasn’t strictly my first band, I had played in 3 other school bands, all rock bands, before being asked to join PowderFinger. They were the first band I played in that had gotten a development deal with a label, Parlophone. The singer, Billy, saw me playing in a band and pinched me. I played bass in that band. The guitarist was the guitarist from 80s cult indie band the Nightingales. I learned a great deal of professionalism from that band and also how to arrange songs.

You engineered JAWS’ debut album in 2014. How did that come about?
I had been recording bands for free for the Twangs management and one day he said “The Twang have a studio they don’t use, why don’t you record there?”. So I started recording bands there, some great bands came through the studio, Wide Eyed, Superfood, The Thieves, it was a great time for Brummie bands. JAWS had supported the Twang and were looking for somewhere to record the album; they came by to have a look, liked the place the rest is history.

How would you describe your style as a solo artist?
A PR guy/record company owner once said to me “your music is Americana, folk, country, roots, rock - it’s commercial without being commercial”. I really like that. Other than that I’m in love with melody and I try try to write the most melodic songs I can. I love to sing along to songs and I write them for other people to sing along to. 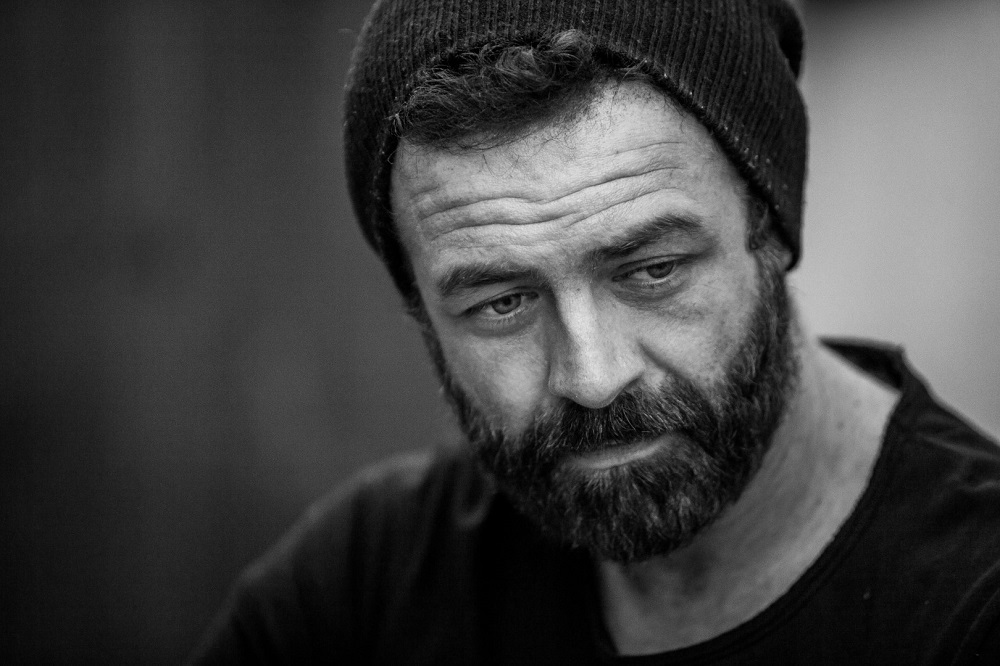 You’re releasing your debut album, ‘First Ray of Light’, in October. How are you feeling about that?
Very excited. It’s the first album I’ve released as a ‘solo artist’. I’m quite nervous also, I really want it to do well and I want as many people to hear it as possible. I’d love for it to break into the UK Americana Chart which means I need to sell a few hundred copies on pre-sale and in the first week.

What’s the album’s themes?
The album touches on a few different themes from depression, to hope, loss, infidelity and there are some politically-charged songs also.

When and where did you record the album?
The album has been in the making for a number of years. All the songs were there, the problem was finding time to record them. 70 percent of the album was recorded at The Twangs Jump The Cut Studio and the remainder at Dubrek in Derby and at Abbey Road.

Can you talk us through each song?
‘Turn The Screw’ is a direct response to the financial collapse that occurred around 2008. It’s about how that event triggered my mistrust in almost all of what we call ‘institutions’, be it the news, banks, governments.

‘A Side Of You That Cares’ is a song rooted in insecurity and it’s me trying to open some doors in a relationship without the constant head on collisions.

‘First Ray Of Light’ is the title track. It’s an up beat positive song. It also has its roots in insecurity and depression but the overarching message is things will get better. You just need to find that first Ray of light that will pull you through.

‘When You Don’t Love Your Man’ is about somebody being at rock bottom and the other person being in limbo with regard to the relationship. This track also has a phenomenal string section on it arranged and played by a fantastic Nashville session guy called Luke Moller. Very proud of that track. It’s going to be the second single.

‘Learn To Love The Rain’ is a song about loss and how it’s one of the toughest things you can go through. My wife lost her mother and it was about that and how helpless I felt during the grieving process.

‘Older & Sober’ is about being wiser and not getting drunk as much. It’s about making mistakes and regretting them.

‘Have Mercy’ is the only co write on the album. I wanted to write a tradd. Style song and this is what came out. There’s a great accordion part on here played by Pete Larkin who plays all of the keys on the album.

‘Something To Hide’ is about the notion of cheating on somebody and trying to second guess your emotions about how you would feel about it.

‘I Won’t Support Your Wars’ is my pacifist manifesto, my protest song. I don’t agree with killing in any form, government sanctioned or not. People shouldn’t die for things like resources, strategic locations, political allegiances.

‘I Know You Know I Know’ started life as a desperately dark song about an article I read on child trafficking. It broke my heart reading it. The song was getting to tough to write so I had to change the meaning of it and water it down just so I could finish the song.

What are your hopes for ‘First Ray of Light’?
My biggest hope is that it touches or resonates with people and that people will talk about it and share it. I have a few personal goals that I would like to achieve. I would like to see it chart and I would like to go out and put a run of shows together playing to 100 people per show. I think that’s realistic and achievable.

When and where can we expect to see you on tour next?
I am about to announce a tour of the Cafe Nero chain throughout September.

Finally, if you could go back in time and give yourself one piece of advice, when would it be and what would you say?
Musically, I had the chance to be produced by one of my childhood idols, Toby Jepson, the singer of Little Angels and now Wayward Sons but our manager at the time thought it was a bad idea. I have no idea why. We should have just done it. It would have been a great experience wether it would have gone anywhere or not, it would have been an experience I would never have forgotten. So I would say to my younger self, “Screw you manager I’m doing it!”.

Warch the video for ‘Turn the Screw’ on YouTube below. For J R Harbidge news and tour dates go to jrharbidge.com.