iLLFiNiTy is Brandon Tait - a solo artist who specialises in creating instrumental tracks of all types. Over the last four years he’s been writing music in Omaha, Nebraska and released third album Time/Loop/Lapse earlier this month. We caught up with him to find out more.

On one side I am all about a jazzy-chill-hop vibe, orchestras and symphonies; the other side is more experimental, where I like darker / psychedelic / ambient tones with different style drums.

First up, tell us about yourself - what got you into music?
I’ve connected with music ever since I can remember. My father would play a lot of RnB and Reggae; The Temptations, Curtis Mayfield, Michael Jackson, Stevie Wonder, Inner Circle, Gergory Isaacs. My mother loved musicals (Sound of Music, Chicago, Les Miserables, The Phantom of the Opera) and classical music (Claude Debussy, Mozart, etc).

And my brother, six years older than me, grew up through the late 80s and 90s, he would listen to everything from a ton of hip hop, to all types of rock(80’s, punk, grunge, classic), and later into synth/techno and most everything in between.

No one played an instrument or sang in an organised setting outside of high school, but they all love music and I rarely heard something that I did not enjoy. To add to that, I also really enjoyed video game music, and animations that would use only music (Pink Panther, Fantasia, etc).

Were there any particular bands or artists you took inspiration from?
This is a tough question because I try to take a little bit from all of the styles of music I enjoy. Nujabes (and similar artists), classical/BGM music, and hip hop (especially producers like MF Doom, Inspectah Deck, RZA, Dr. Dre, Timbaland, Havoc, etc) are probably most of my foundation.

I always wanted to be a part of making music, but I’m not a rapper by any means. By the mid 2000s I was making beats, hoping one day they’d be good enough for rappers to be interested. But that would happen in spurts, and at times months would go by without making anything. Then I saw Samurai Champloo, found out who Nujabes was and it completely shifted my mindset. I couldn’t get enough of it, and I realised that was the type of music I wanted to create; Instrumentals with different beats and rhythms that try to tell a story or paint a picture without lyrics.

Why iLLFiNiTy?
I was trying to come up with a name around infinite, affinity, omega, something with an all-encompassing theme, because I knew I wanted to make different styles and genres of music and still try and fit them onto an album. I also love space and mythology, so that was also influencing my decision. And then a friend of mine, who had just heard a few of my old tracks and was nudging me to go back to making music and dedicating time again, just said, “How ‘bout Illfinity?**
” And that was that.

How would you describe your musical style?
I would maybe describe my musical style as two sides of a coin. On one side I am all about a jazzy-chill-hop vibe, orchestras and symphonies; the other side is more experimental, where I like darker / psychedelic / ambient tones with different style drums.

Tell us about your new album Time/Loop/Lapse. What’s the inspiration behind it?
I wanted the album to play off the number three, it being the third album I’ve made. That’s why all the tracks are three-syllable or three words. Time/Loop/Lapse was a combination of this album containing tracks that are inspired from a wide timeline: eastern-inspired themes, medieval choirs, old Hollywood age vibes, and jazz.

‘The Loop’ was how I felt, going in circles for the last year, being indecisive on which tracks to go forward with, and when to move on. ‘The Lapse’ pretty much plays off the first two; Timelapse as a skip through time and Lapse as in the loop I was in, and the concern about not moving forward.

When did you write it and where did you record it?
This album has tracks that go back as far as two years ago, but it was mostly made within the last year. I make the entire album from my computer, mostly with FL Studio.

How does Time/Loop/Lapse represent your style?
This album represents my style by having (mostly) two tracks from from each of my favorite styles to make: chillhop, jazz, chorus (classical) music, eastern-influences, and more experimental. It’s closer two my 1st album that way, where my second album was a space concept throughout. 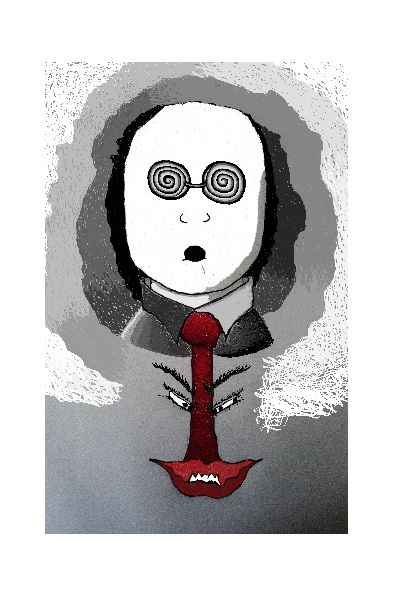 Can you talk us through each track?
‘Lazy Love Sunday’ is a two part homage to the golden age of Hollywood, a light-hearted surface level romance between two playfully nagging lovers, while the second part moves into a slower, ambient, deeper feeling the two have.

‘Mr.Blueman’ - a slow jazz track with a little outro.

‘Razmataz’ - a chill-hop/lo-fi-inspired upbeat jazz track with a downtempo mid-section.

‘Air’ is the pairing to Lazy Love Sunday. It’s another Old-timey-Hollywood vibe, but in more of a dreamlike ambient vibe.

‘Dapper Mad Hatter’ is the first electro-swing track I’ve made. (I want to make more electro-swing/synthwave/house/breakbeat).

‘Odd’ - this is more of an experimental trippy/ambient track.

‘Mercy to Thee’ - 1st of the 2 tracks that are inspired by medieval choirs from back in the day.

‘An Old Tale’ - eastern-inspired downtempo/trap with a breakbeat style for part two.

What are your hopes for ‘Time/Loop/Lapse’?
My hopes were to get more people to get a chance to hear my music, which has already happened. The first two albums didn’t break the 1,000 plays mark, and this album has earned me a couple thousand plays in its first month.

The dream would always be to do this as a living, and the feedback for this album has made me feel like I’ve taken another step towards that goal.

How’s the rest of 2020 looking in what’s becoming a crazy year?
I really hope I can put together another smaller release before the year is out. If not, at least a few singles throughout the rest of the year. Other than that, I’ll be keeping my head down while the US continues to embarrass ourselves with the handling of this pandemic.

Finally, if you could go back in time and give yourself one piece of advice, when would it be and what would you say?
My advice to my past self would be, “You already believe in yourself, put the time and work in to prove it. Also BITCOIN and Amazon stocks.”