IIDimensionz are cousins Nathan and Jermaine Williams, born and raised in East London. Their dad’s played with the likes of Luther Vandross, Whitney Houston, Mariah Carey, Chaka Khan and LL Cool, so the boys were brought up with music in their blood and they’ve just released debut single ‘Closer’. We spoke to the pair.

The narrative comes from our previous experiences or situations we’ve either both or individually been involved in. That’s the foundation for us.

First up, tell us bit about yourselves - how did you first get into music?
Nathan: We have both been brought up around music since we were in our mothers’ wombs (laughs).
Jermaine: Our fathers are in the music industry (musicians, etc) so it’s in our blood.

Being cousins, were you always writing music together, or has it been a partnership that came about after you’d both started writing individually?
Nathan: We both had an understanding on how to write prior to being in IIDimensionz. We would listen to songs and share various artists music that we loved whilst also share musical ideas.
Jermaine: Yeah, it became much more fluent and natural as we began our journey in the duo.

Were there any particular bands or artists you took inspiration from to form your musical and thematic style?
Nathan: Jimmy Jam, Terry Lewis & Disclosure were two of the artists that represent the old and new school generations. So, for us, we would say they both influenced us and showed that it’s possible.

How do you go about writing your music?
Nathan: There are many approaches to writing depending on if we’re together, but a formula that we use that works well is to sit down with a blank canvas and paint a picture first/set the scene.
Jermaine: The narrative comes from our previous experiences or situations we’ve either both or individually been involved in. That’s the foundation for us.

I understand you are keen to keep control of all aspects of creativity based on what you learned from your Dads?
Nathan Keeping control of all aspects is very important to us as it’s our music and creativity but we also like to give room for constructive criticism. Life’s one big class room, each day we’re developing and learning.
Jermaine: We understand that we don’t know everything and there is so much more to learn so as Nathan said, we’re open to constructive criticism.

How else have they shaped your careers so far?
Jermaine: Being our fathers, they’ve kept us grounded. Musically, they’ve set the bar for us to take this to another level… in many ways to be honest.
Nathan: We would be here all day if we were to list them all (laughs). 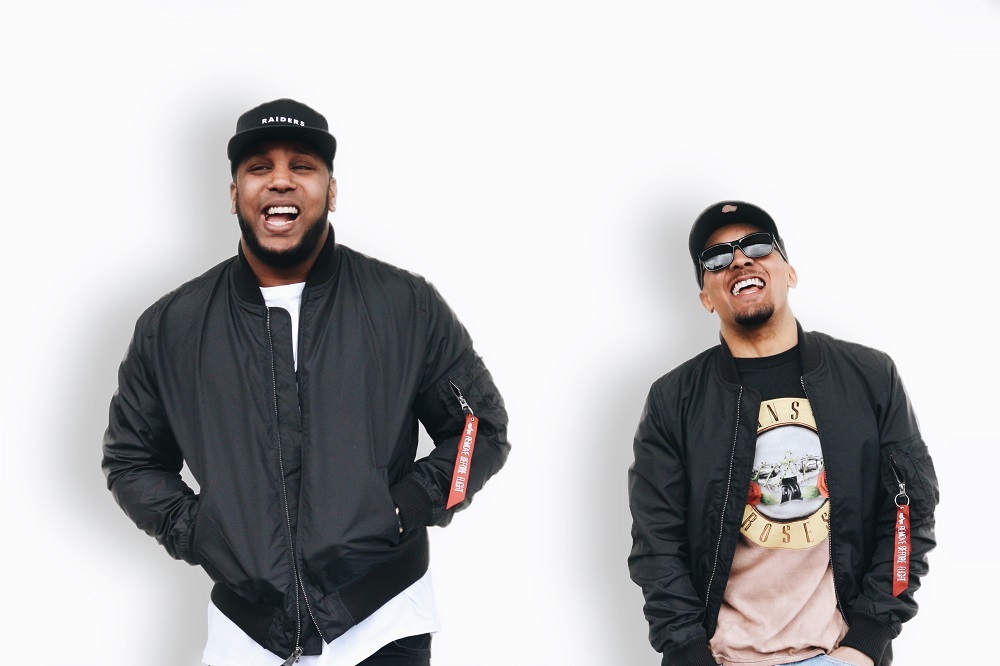 What’s been your best moments of 2017 so far?
Nathan: Oooooh that’s a tricky one! We would have to say, whilst in the studio seeing and listening to our single on iTunes/Spotify that first day we were shown it on the big TV screen, that gave us such a huge buzz.
Jermaine: To see what we’d worked on for the past two years come to reality felt so surreal but amazing!

You worked with Mark Asari and Nick Brewer on 'Closer'. What did they each bring to the single?
Jermaine: These guys are so talented!
Nathan: Mark brought that R&B feel, some really cool melodies and Nick brought his skippy flow and attacked those vocals excellently!

Your debut EP Love From Above is out this month. Tell us about the other tracks on the EP and how they compare to ‘Closer’.
Jermaine: The only way we would say you can compare them is that they’re all unique in their own way. All the songs have that consistent fine thread running through them ‘old meets new school’.

When and where can we expect to see you on tour this year?
Nathan: Everywhere!
Jermaine: But stay locked into our social media and you’ll know exactly where and when. Instagram - @2Dimensionz.

If you could collaborate with any living artist, who would it be?
Nathan: For me it would be Stevie Wonder.
Jermaine: I would have to say Pharrell Williams.

Finally, if you could go back in time and give yourself one piece of advice, when would it be and what would you?
Nathan: Back when I was 17 getting into the music industry. I’d say: “It’s by God’s grace alone that you are successful so never seek other people’s validation for your ‘worth’”.
Jermaine: It would have been when I was choosing subjects at college. I would have told myself to follow my passion and dreams, to choose a subject(s) that I love.