I Wear* Experiment is a punchy nordic eletrco trio leaning towards experimentation and cinematic soundscapes. The band began their journey into electronical pop music bringing back the punch and aggressiveness that they feel has gone missing over time. We caught up with them as they release "Deepfreeze" - the latest single from debut album Patience.

Patience was inspired by long conversation about the human condition in this day and age, especially when writing the lyrics.

2016 - what is your goal?
Our goal is to tour and give the best concerts we’ve ever done. We love being on stage and making people scream and dance.

What was the biggest lesson you learnt in 2015?
Patience was one of the key lessons we learnt while creating our new album. We left no stones unturned and crafted every detail masterfully - and it takes so much time!

What was the musical highlight of 2015?
Jack Garratt was one of the artists that really surprised and delivered.

Who are you excited to hear from in 2016?
The new Biffy Clyro and Justice records. The new Deftones came out just weeks ago and we like it a lot. Johanna is eagerly waiting to see Son Lux live.

Tell us about the record you have just released…
For us creating this record was a whole new experience. We’ve recorded three EPs before and had different recordings done with our previous bands but this time we took the time and left no stones unturned in hope to create a record that sonically and song writing wise is on another level. Also it was the first time we worked together with our produced Martin Kuut. With Martin we’ve been friends for many years now but we have never worked together professionally. Our partnership worked very well together and he helped us through many situations when we just didn’t know what would sound good or not. 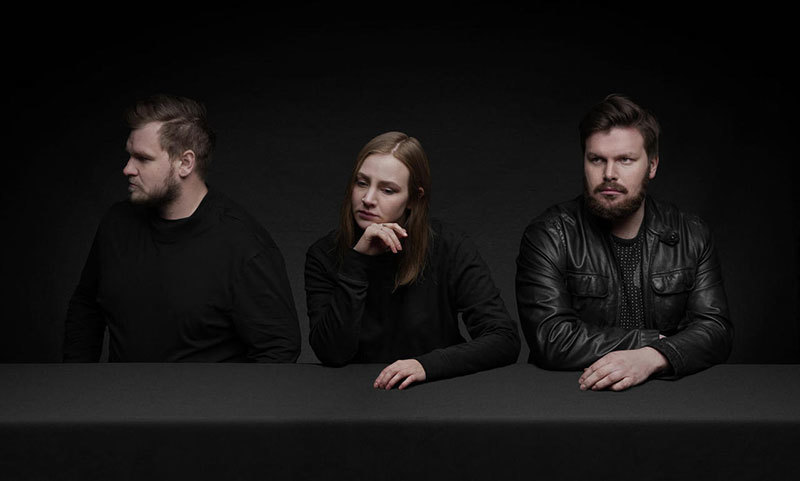 If you had to pick three artists to be filed next to, who would they be and why?
Florence + The Machine - as we both seem to like big arena anthems, Nine Inch Nails - as we are big fans of Trent Reznors innovative and genre breaking work, Prodigy - their live concerts are always charged with such energy- we hope to give at least 50% of that energy to our audiences.

What inspired the record?
The record was inspired by long conversation about the human condition in this day and age, especially when writing the lyrics. Sonically the inspiration came from listening to a lot of records, getting into the sound and feel of the music and also trying to figure out how it was done and then making it our own. The quest for patience and knowledge was very inspiring.

If the record were an animal, what animal would it be?
A bear - it can be sweet and tender but also violent and powerful.

If you could jam with one artist alive or dead, who would it be?
Tom Morello as he has written the best rock riffs in the world.

If you could have written one song by another artist, what would it be?
“Let There Be Light” by Justice.

Someone is making a film of your life, who will play you?
Tom Hardy, Jack Black, Cameron Diaz.

Watch the video for I Wear* Experiment's new single "Deepfreeze":