Hypheria is a mystic rock band from Wisconsin headed up by James Killian. Their sound is inspired by 70’s psychedelic rock and modern digital effects and have just released their third record, eye/see. It’s been five years in the making, so we caught up with James to find out more about the challenges he’s faced and the results of their work.

The theme of eye/see is perception, illusion, and reality. I want to challenge listeners to create a new experience for themselves and to realize a new version of their own universe.

First up, tell us a bit about yourselves - who are Hypheria, and what were you doing before making music together?
Hypheria is mostly me making music at his home studio. It started off as me, my brother Thomas Killian, and our good friend Eric Chambers. In 2017 we were gigging one to two times a week in a classic rock cover band before I decided that I wanted to focus on writing and performing original music. My two bandmates joined me and we got started on performing my new music as Hypheria.

In 2018 I moved to Madison, WI and in 2020 Thomas suffered from lymphoma which put a strain on the band. Eric and Thomas still perform on albums and shows as much as they can, however the band has expanded to include many more session and stage players from Green Bay and Madison, WI. I write the music and my colleagues and bandmates bring my ideas to life on the stage or in the studio.

Who did you take inspiration from?
I took inspiration from surrealist prog rock bands such as the Mars Volta and indie bands such as Alt-J when I first started the band. I love the creative sounds and lyrics that these artists come up with. I am also deeply influenced by 1970s psychedelic art rock, electronic music, and, most of all, 70’s funk. Funk is what I have studied the most on guitar and as a musician so my music always incorporates some aspects of the genre. 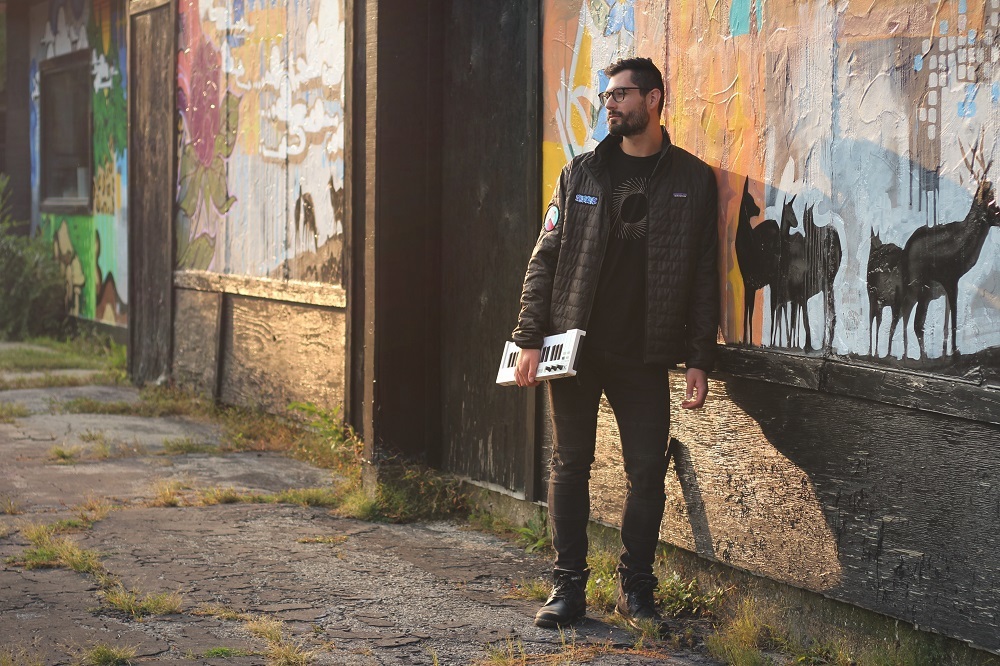 Why the name ‘Hypheria’, what do you stand for?
Hypheria is a female version of the titan Hyperion who fathered the sun and the moon. To me, the band is about balancing the energy of light and darkness through creation. Sometimes I like to think of the name as an abstraction of the words “high” and “fear” and “eye” as well, which are emotions and metaphors that find their way into my music and lyrics. I’d say that the goal of the band is to challenge listeners to find a new way to experience and perceive their every day living.

How would you describe your musical style?
I would say that our musical style is derived from funk grooves and jazz harmonies with an interest in the energy of electronic and rock music. It is very much shaped by digital effects and processing with an interest in highlighting instrumental musicianship. It is creative and artistic with an inclination towards personal expression over mainstream satisfaction.

If you could collaborate with any living artist, who would you love to work with?
I would want to work with American Idol season two winner Ruben Studdard, no question. His voice is amazing, and I would love to get him on one of my tracks one day. I would make something more funk/RnB for the velvet teddy bear.

Tell us about your album eye/see. What’s it about?
The theme of the album is perception, illusion, and reality. I want to challenge listeners to create a new experience for themselves and to realize a new version of their own universe. 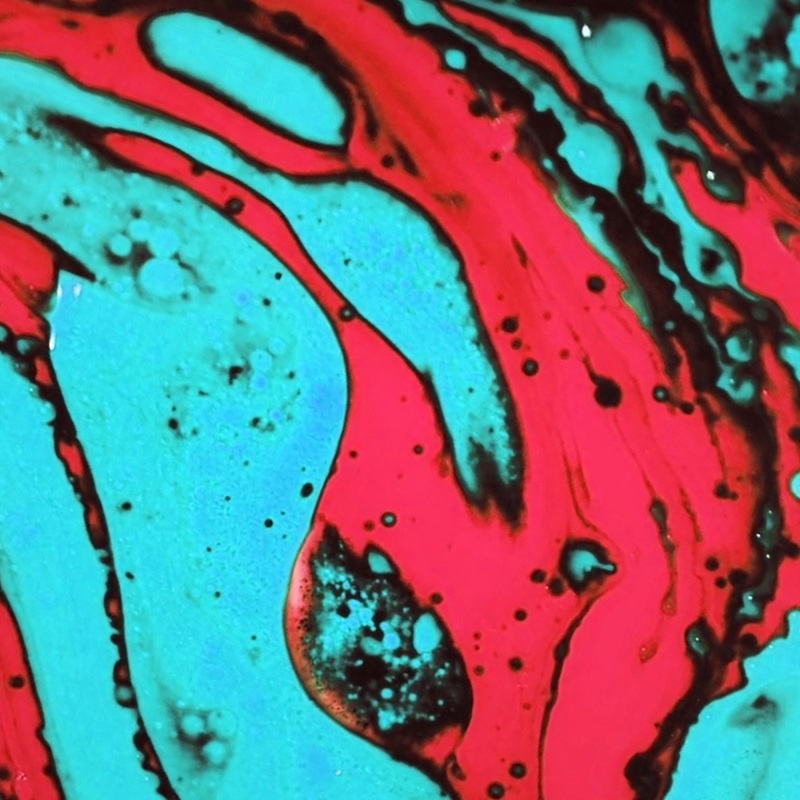 When did you write it and where did you record it?
I wrote the album over the course of about five years and recorded it at a variety of studios, basements, and desks. I would visit session players at their home studio with my mobile recording setup and also do a lot of the recordings myself in Green Bay or Madison, WI. I mixed the album at Smooth Sailin’ Studios in Madison and at my home studio, where I also mastered it. I recorded half the drums before I found out my brother/the drummer had cancer and I programmed the other half when he was in the hospital.

How does eye/see represent you?
It represents the different emotions, friendships, and hardships that I have gone through for the past few years. The recordings are a tapestry of my experiences and show the progress I have made as a musician and an audio engineer. The album was an amazing learning experience and I’m excited to finally let it go and move on!

Can you talk us through each track?
‘Be Here Now’ was written after I read the book Be Here Now by Ram Dass and really tried to start living a more mindful life. This was often the first song in the band’s live set and band members would take crazy solos over the D minor vamp groove.

‘Out of Reach’ was written when I was still in a gigging cover band. We would play it during our cover sets and the crowds really liked it, which inspired me to write more music. It features one of the greatest blues guitar players I have ever met and one of my greatest guitar teachers, Tony Kelly.

‘Soma’ is about escapism and realities of passion. It is about the struggle of love and the freedom that it can provide as well.

‘Judgement Day’ is about consumer based capitalism and factory economics. I wrote it when I was living in Green Bay and would watch trucks of cows arrive at the meat packing plant I lived near every day. It was disturbing.

‘Echo’ I wrote when I was probably 12 years old. It has always stuck with me as a fun song to play on the bass guitar. I finally finished it and put it on this album. It is about letting go and realizing that each moment is endless.

‘Blue in the Afternoon’ is about perception and reality and how the world around you can become an illusion.

‘Wooden Castle’ is about getting stuck in your creative inspiration and letting the rest of your human existence go into disarray. This song features my mom on the French Horn.

‘IX’ is about mysticism and fortune telling. 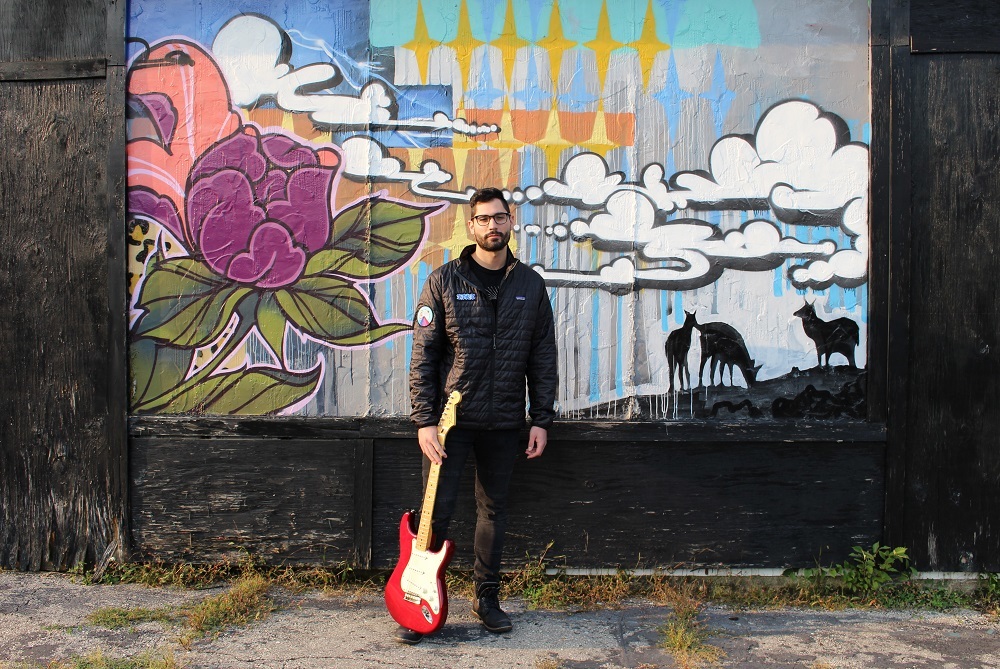 What are your hopes for eye/see?
My hopes are that people find the music and it gives them an experience that changes their perception of the world in some way.

What are your other plans for 2021?
I have a few other albums and EP’s written so I am hoping to release more material! I also have an awesome music video for “Blue in the Afternoon” that will be released in a few weeks to go along with the album. The video is a short sci fi film about a young woman trapped in a simulated reality within a post apocalyptic world.

Finally, if you could go back in time and give yourselves one piece of advice, when would it be and what would you say?
I would tell myself to chill out and let things happen and flow as they will.