Hybrid, aka Rolf Lostermans, is a pop/RnB and Latin singer from Torrevieja, a small town in Spain. His music incorporates English and Spanish verses and he followed up his debut ‘Make A Move’ last November with ‘Leave With Me’ in July. We caught up with him to find out more. about his music.

My hopes are that people like ‘Leave With Me’, enjoy it and relate to it. I wanna make people feel the same way I do when I listen to music.

First up, what got you into music?
What got me into music was kind of unexpected. Back in high school my best friend saw a flyer on the wall for a music contest, so we just applied for fun. I felt great on stage, and after the feedback I got, I thought singing could really be my thing.

So from there I started downloading more music on my phone and applying for music competitions.

Were there any particular bands or artists you took inspiration from?
My biggest inspiration has always been Michael Jackson from his singing and dancing skills to his big presence on stage. Then I started listening to Black Eyed Peas, Akon, Usher, The Weeknd, PnB Rock and to latin artists such as Ozuna, Brytiago, Maluma, amongst others.

How would you describe your style?
My style is as diverse as my name ‘Hybrid’. I like a lot of styles and different types of music, but my music is really a combination of Pop, Latin, R&B and Trap music mixed in with english and spanish lyrics.

Why ‘Hybrid’?
Coming from mixed heritage, I was exposed to many genres of music which is where I draw a lot of inspiration from. I like to fuse many different styles to create my own.

Hybrid is who I am because of all the different backgrounds that I come from, which I like to showcase through my music.

If you could collaborate with any living artist, who would you choose?
I have a lot of artists in mind who I would love to collaborate with, but if I had to choose just one I would start with Brytiago. 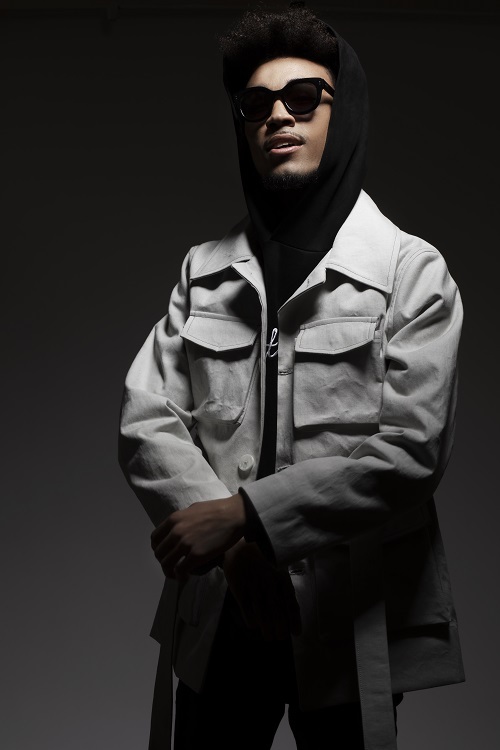 Tell us about your single ‘Leave With Me’. What’s it about?
‘Leave With Me’ is about having the confidence to approach someone that you might see maybe in the street or in a club who instantly catches your eye. Just letting them know that you’re into them and would love to hang out and catch a vibe, instead of just swiping right or left.

When did you write it, and where did you record it?
The song was co-written by myself, Jakk City (Snoop Dogg, The Saturdays) and KZ (Wretch 32, Kojey Radical), and recorded the same day at KZ’s studio in North London.

KZ already had the beat and part of the first verse done as prep before the session, and as soon as we heard it we felt the vibe straight away so we started working on it, it just flowed out and Leave With Me was born.

What are your hopes for ‘Leave With Me’?
My hopes are that people like it, enjoy it and relate to it. I wanna make people feel the same way I do when I listen to music.

What other plans do you have for the rest of the year?
We are looking to release a full spanish version of ‘Leave With Me’. A few more singles before the end of the year and my first EP for early 2020. A lot of music and different vibes coming.

Finally, if you could wish for one thing to happen for you this year, what would it be? I wish that my music reaches as many people as possible, for them to enjoy it, and I would also love to get back out on stage to perform.

Watch the video for ‘Leave With Me’ on YouTube below. For news and tour dates go to hybridthagod.com.