Hattie Briggs has just released her second album Young Runaway and is touring the UK and Netherlands throughout the summer. We found out more about her influences, inspiration and future plans.

I wrote all the songs myself and I’m very proud of it.

What is your current goal?
To continue to grow as a musician, singer-songwriter and artist, to make a living out of music long term, and most importantly to enjoy the whole process.

Did you make any new year’s resolutions? Have you kept any?
To spend more time London. I’ve been doing about one gig a month in London, which isn’t too bad.

What was the biggest lesson you learnt in 2015?
Never leave anything valuable in your car in Amsterdam.

What was the musical highlight of 2015?
Playing a five piece band showcase to a packed out Jazz Arena at the Cheltenham Jazz Festival.

Tell us about the record you have just released…
It’s my second album, and it is titled Young Runaway. It’s a fun, upbeat and summery sounding album with a good mix of instrumentation and lots of catchy melodies. I wrote all the songs myself and I’m very proud of it.

If you had to pick three artists to be filed next to, who would they be and why?
First Aid Kit - they do the “cross-genre” thing extremely well and seem to appeal to audiences of all ages.

Eva Cassidy - the intensity of emotion she put into performances and that we can still feel through her recordings is unparalleled in my opinion. She had an incredibly pure yet soulful voice that had/has this amazing power to connect with her audience on a deeper level. 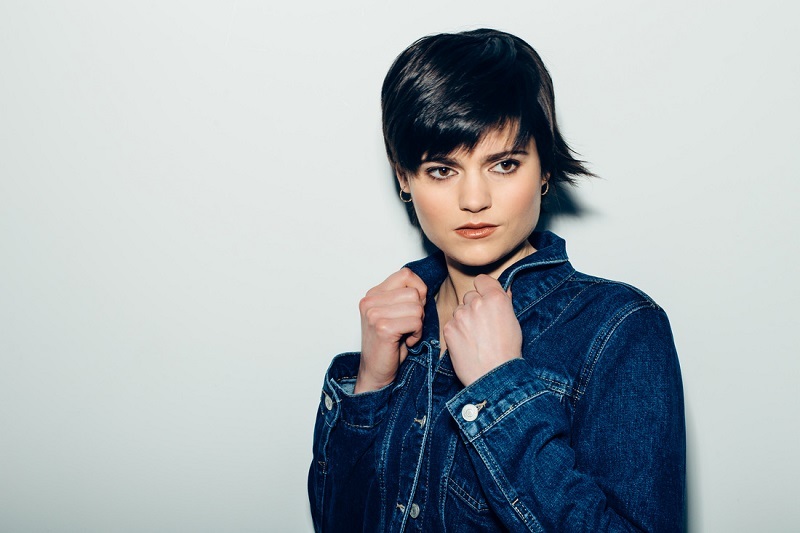 What inspired the record?
Beautiful scenery, friends, family, ambition, dropping out of university to follow my passion.

If the record were an animal, what animal would it be?
A river dolphin - playful, yet graceful and majestic.

If you could jam with one artist alive or dead, who would it be?
James Taylor - my hero.

If you could have written one song by another artist, what would it be?
“Enough to be on your way” by James Taylor.

Someone is making a film of your life, who will play you?
Anne Hathaway - she’s tall and dark and can sing.

Lastly, tell us one thing you have never revealed in an interview…
I really want a pet dragon.

For all the latest news about Hattie Briggs, including her tour schedule, go to hattiebriggs.co.uk.