Unity Radio’s Georgie K is an ambassador for the hip hop, grime and R&B scene who plays a weekly mix of fresh, up-front joints straight out of the UK and America. She’s a big supporter of homegrown talent and is a regular in the DJ box at celebrity functions and after parties - including for Omarion and Geordie Shore royalty. We spoke to Georgie ahead of her UK and Europe summer tour.

I am just a huge fan of the urban music scene. I love to hear old school, relevant and up and coming music and this scene provides it all for me!

Tell us bit about yourself - what were you doing before getting heavily involved in the music industry?

I grew up attending a Jesuit Boarding School in a rural Northern village, it was the rebellious side in me that drove me to move to the bustling and dynamic city of Manchester to truly fulfil my passions. I began to work in a law firm and have done so since, this keeps me to a strict schedule but after a year I began to start DJ’ing and that has been my life since!

What was the first style or genre of music you really got into? Was their a particular song or artist who inspired you?
To be honest growing up I had a very varied music taste. If any genre were to be the front runner I would have said rock - things have changed dramatically haha!

A few years later I began to hear the sounds of Beyonce, Bow Wow, Chris Brown and that is when my love for R&B/HipHop evolved. I think 00’s urban music is unbeatable!

How did you learn to DJ? Any famous teachers?

I went to Manchester Midi School initially and was taught the technical side of DJ’ing from DJ Mark One. He is a music producer for Stonebridge and 418 Music he was also the DJ in Sharleen Spiteri’s band TEXAS - got a lot of experience under his belt!

I then went on to watch friends such as DJ OP and DJ Silva and that helped me pick up even more skills. I am always looking for ways to develop - the learning never stops!

What was your big break on the DJ circuit?
I think my first gig which got me really noticed on the DJ circuit was Manchester Fashion Industry. They usually have a huge event every six months and when they asked me to headline, I was nervous to say the least. Thankfully it went smoothly and since then I have received booking after booking!

You’ve been described as an “ambassador in the hip-hop, grime & R&B scene”. What attracts you to those genres?
Honestly, I am just a huge fan of the urban music scene. I love to hear old school, relevant and up and coming music and this scene provides it all for me! It is exciting and growing daily so you cannot get bored or run out of things to listen to!

What are the main differences between the UK and US towards those genres?
Currently I think grime is definitely UK-centered, but the US can see it is the way forward which is why the likes of Drake are signing to BBK and we have Chris Brown creating tracks with Section Boyz. I can predict that grime will be all over the US in the next few years.

In terms of hip hop and R&B I feel the US have always pioneered this scene. Chris Brown, Trey Songz, R Kelly, Kanye - they have some huge stars. Here in the UK I believe HipHop wise we are growing but we are definitely known for our Grime! 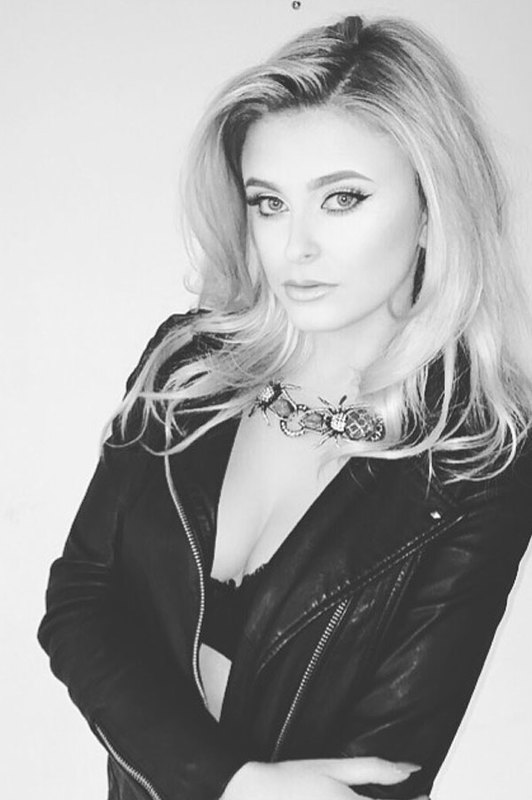 You’re a regular DJ for celebrity functions and parties. How do they compare to club sets?
Parties are a completely different vibe (although I try to turn them into the club vibe)! I find them both really exciting. At a party I like the challenge of playing music to a crowd who don’t necessarily know all the newest music on the scene and see how they react. It’s a good learning curve and really teaches you how to read a crowd!

Which celebrity hosts the best parties?
Scotty T’s birthday bank holiday party was pretty cool and very crazy (as expected)! But celebrity DJ’s such as Colin Francis really know how to party and I always have the best nights when he is on the decks!

How did you get involved with Unity Radio? How has your show developed?
I was already a fan of Unity Radio as it had been my local station for almost a year of living in Manchester. One of the Directors of the station got in contact with me and let me sit in on a few different shows. It became natural to me to get on the mic and I had a great urge to share my love of music.

After a month or so it was a natural step to create my own show on the station and I absolutely love it. The show is primarily based on R&B and hip hop music but I do play the occasional house tracks which are smashing the charts. As I have settled into my show, I now have a guest mix from DJ’s who I think are killing the scene right now. It has allowed me to meet amazing people and DJ’s who I look up to!

The show has so much more space to develop and I believe over the next few months I can definitely squeeze some new features in!

Who’s on your watch list for the rest of 2016? Can you give us a top three new acts to see?
YXNG Bane - London rapper, doing big things!

Alize - Manchester based singer/songwriter, amazing talent and I think he is going to blow in 2016/17 he has raw talent.

DR Vades - London based producers. They are producing music ranging from HipHop/Rap to House. They are super talented and have so much more to give cannot wait to hear more from them!

Geko ft Afro B - Y - This track is a feel good summer anthem! Geko is a home grown Manchester artist and it is amazing to see somebody creating music which I love and the crowd do too!

Drake - One Dance - Very commercial and popular but I have to mention it! Drake knows what the music scene wants and needs and he provides it. Absolute undeniable banger!

If you could go back in time and give yourself one piece of advice, when would it be and what would you say?
Start early - I always held myself back and thought that being a female DJ, getting regular gigs would be difficult. Up to now my progression has been so quick and I would love to see where I would be now if I would have started exploring my love of music earlier!

I am DJing at my first international gig in Malta at the end of the month (Malta Connect). I will be there for 4 days DJ’ing on boats and beaches - living the dream!

I have new mixes coming out. Showcasing new R&B, afrobeats, hip hop, house and linking up with some pretty amazing international DJ’s! You can check those all out at http://www.mixcloud.com/djgeorgiek.

Of course, I have my weekly show at Unity Radio 92.8fm /unityradio.fm every Wednesday 7pm-9pm featuring guest mixes from top class DJ’s and interviews!

Gigs wise I am keeping busy, I am all over the UK regularly so please do come down and check out the nights! You can keep a check on my Twitter for all info @djgeorgiek.