London-based, acoustic rocker Georgia Maria has years of experience playing in bands and doing guitar sessions and function gigs, but now she’s gone solo. Her latest release, ‘Red-Handed Man’, is the second from her forthcoming EP - we caught up with Georgia to find out more.

A melding of classic folk and modern, progressive rock.

First up, tell us about yourself - what got you into music?
My name’s Georgia Maria, I’m a rock solo artist based in London and I’ve been playing music for around thirteen years now. I became fascinated by punk rock in my early teens and picked up a guitar just to be able to jam along, not expecting it to take over my life in very short order! The guitar really became an all-consuming passion for me and everything went from there.

Were there any particular bands or artists you took inspiration from?
As a writer, it’s Joni Mitchell, Leonard Cohen, Kate Bush, Nick Cave, Mark Knopfler, Stevie Nicks, Jim Morrison - the focus is on storytelling and painting pictures with words and the momentum of the music behind them. I was exclusively a guitarist for many years and love all the great rock and blues players, and was inspired to step up to the microphone by iconic, fearless rock frontwomen like Ann Wilson and Joan Jett.

There’s a local London band I loved for many years too called Du Bellows - I went to just about every one of their shows and they had a huge influence on the music I ended up creating.

How would you describe your musical style?
I would describe the music that I make as a melding of classic folk and modern, progressive rock. I was once described as “Joni-meets-Joan-Jett” by an audience member, which seemed so fitting (and kind of flattering!) that it stuck ever since, and I think it sums up that combining of lyrically-focussed songwriting and rock ‘n’ roll attitude that I’ve always strived for.

If you could collaborate with any living artist, who would it be?
I’m no co-writer, but I certainly wouldn’t turn down a chance to write a song with Joni Mitchell! While we’re in a dream world I’d also love to share a stage with Joan Jett, or have a guitar duel with Joe Bonamassa. There are so many extraordinary frontwomen who have broken through in the last decade or so - LP, Florence Welch, Lzzy Hale, Tash Sultana and many others - who I’ve learned a lot from and would be honoured to tour with or work with someday.

Tell us about your latest single ‘Red-Handed Man’. What’s it about?
‘Red-Handed Man’ is based around a story I wrote, about an abused woman in a violent relationship observing the escalating - and very public - criminal behaviour of her partner and ultimately taking revenge to put an end to it. Narratively it plays out much like a traditional murder ballad - with a reveal at the start and a twist at the end - and progressively builds from a folk song to a heavier, more guitar-driven rock song, similarly to my first single Musketeers.

When did you write it and where did you record it?
I wrote it in February 2019 - it was one of the very first songs I wrote out of my current repertoire, after a long hiatus from songwriting when I was just gigging covers. Later in the year, when I was looking to start recording, I put on a “track-selection” event where I performed all the contenders for my EP in one set and people in the audience could vote on their favourites. ‘Red-Handed Man’ was one of the songs that got the most votes and it made the cut, and I recorded it at Puzzle Factory Studios in Seven Sisters with Dax Liniere producing. 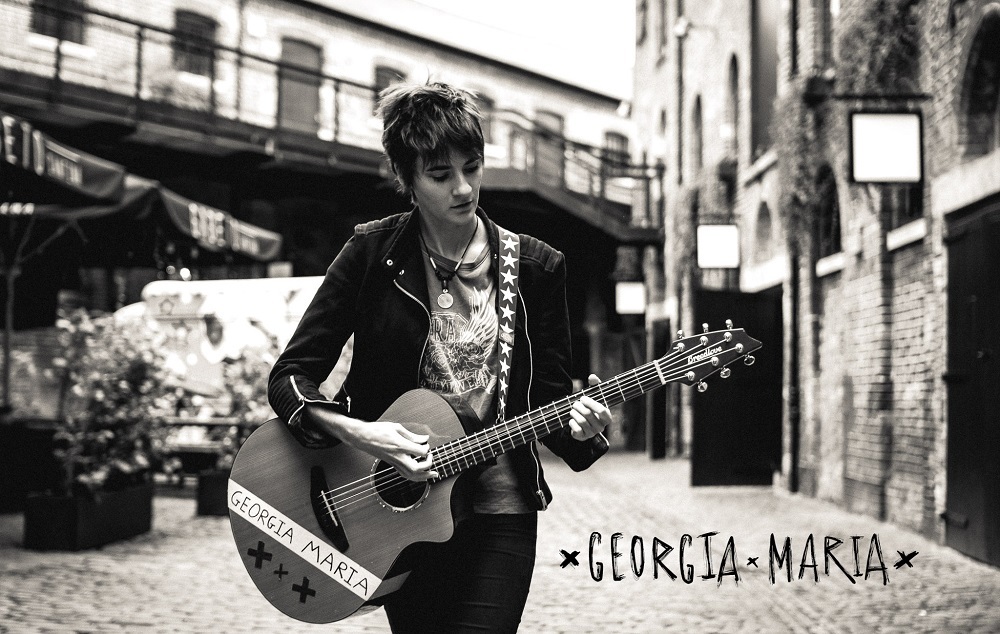 How does ‘Red-Handed Man’ represent your style?
A good majority of my songs are uptempo and heavier, more on the rock side of rock/folk, and Red-Handed Man is one of the ballads (or comparatively so). The next song I’ll be releasing from the EP is called Age Of Reason and is a big contrast in terms of being more driving and bringing a chorus along to the party. That said, I do like to write contrasting songs across the board so that there’s plenty of variety in my sets and my releases (as well as just for the fun and challenge of making every song a bit different from the last).

What response has ‘Red-Handed Man’ had so far?
Promoting a new release during a lockdown has been tough going, which actually surprised me and was something I had to learn from, but the reactions I have had really meant the world to me. Lots of people have told me they found the song and the delivery to be genuinely haunting, which I enjoyed! We definitely set out to create a particularly deep and dark atmosphere on this one.

What else have you got coming up in 2020?
This is the part where I’d love to be able to tell you about all the festival appearances I have lined up… sadly that’s almost certainly off the cards for now! While we wait for the world to start spinning again I’ll be releasing the remaining three tracks from my EP, writing new material and shooting some home videos. I used to do lead guitar covers on my YouTube channel many years ago, so I thought I’d get that up and running again, with a few of my own songs sprinkled in there too.

Finally, if you could go back in time and give yourself one piece of advice, when would it be and what would you say?
I think very often, artists will look at the specifics of what they originally set out to achieve, the very reason they wanted to pursue music as a career in the first place, and go; “Well, there’s no way I can do that. I guess I’ll make my living in music some other way” - and settle for the next-best thing.

Not that there’s any particularly easy way of doing music full-time of course, but I got stuck in that rut for a while so I would tell myself not to delay shooting for what I really want to do - write and perform original music - and that life goes by far too fast to compromise on that vision. I also might warn myself while I’m at it that 2020 could be an unusual year…

Listen to ‘Red-Handed Man’ on SoundCloud below. For news head to Georgia Maria’s Facebook page.