Thetford street poet Franko Fraize writes tells of the trials and tribulations of life in Middle England. Growing up he’d watch Channel U and Flava - and that is where his passion started. We caught up with the man who’s supported Rudimental and Mike Skinner with new single “Only” out now.

Thetford is a small market town in England and I feel growing up there gave me all I needed to learn about life.

Tell us bit about yourself - what were you doing before making music?
Before music I was getting by with the normal English 9-5 scenario. Work all week. Enjoy the weekend then back round again.

What was the first style or genre of music you really got into? Was their a particular song or artist who inspired you?
The first style was probably Garage. We all used to go under 18 raving and I remember them smashing out the garage tracks like Shanks and Bigfoot and DJ Luck and MC Neat. This was probably the first genre I felt my generation got involved with. It’s also a genre that I feel will always be a part of what we do in UK music

You’re proud of your hometown of Thetford. What makes it so special for you?
It’s not necessarily the actual town but more I’m proud to have come from somewhere. Thetford is a small market town in England and I feel growing up there gave me all I needed to learn about life. The highs and lows of it all.

How do you set about writing tunes? Is there a common starting point?
Normally it’s when I get in this weird mood that I can’t get out of unless I write it down. Like in a therapeutic type way. That’s for the more serious tunes anyway. Other than that I’ll put notes down in my phone and when I sit with a producer and we get a beat up, I’ll pull all the loose notes together

How do people from Thetford respond to your music?
I get a lot of love from my hometown. Without being too humble we don’t see many success stories from there, so I feel in a way when they see Thetford being mentioned and me getting mentioned places makes people feel proud that light is being shone on us. The same with my mate Tone who is doing big things in music and also comes from Thetford.

Do you need to be from Thetford to really understand your songs?
Nah, not at all. I think the life I’ve lived and the way my town operates lends itself to the majority of England. When I talk about what I see here it seems to be relatable to most people. 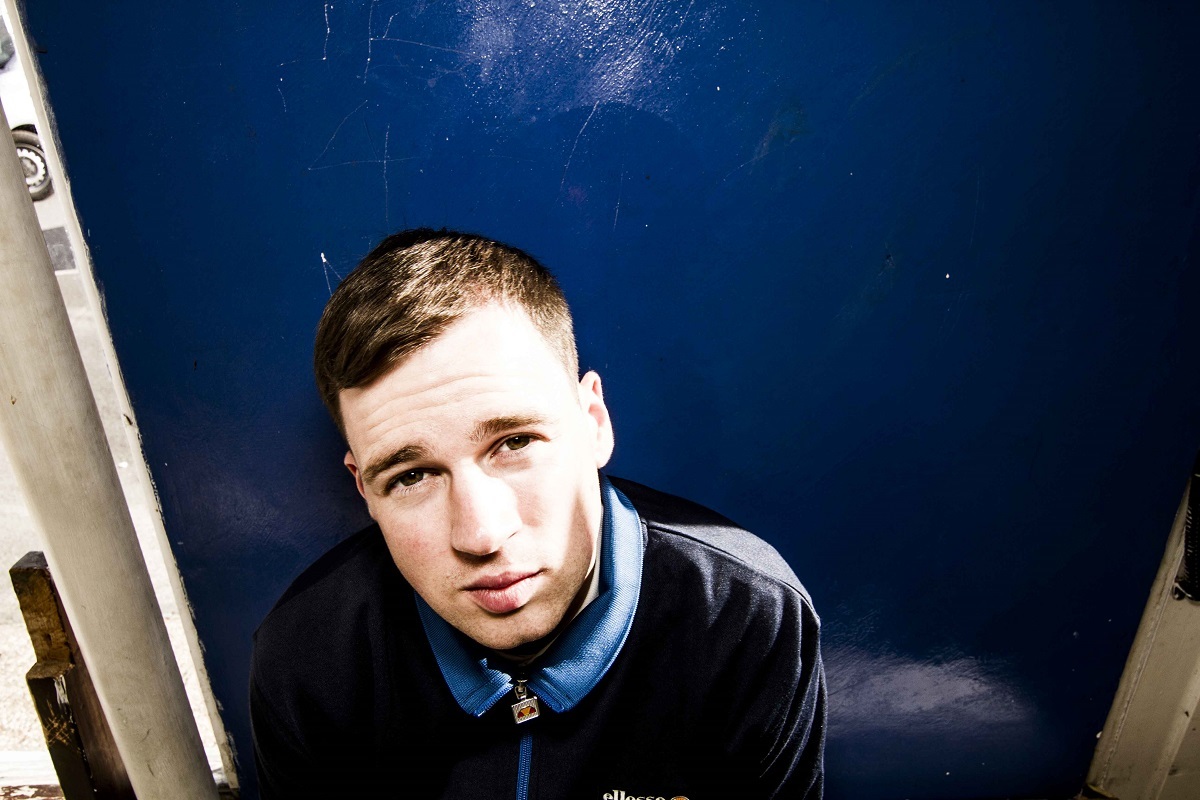 Your new single is called “Only”. What’s it about?
In a nutshell its about how we all have troubles but we can’t feel like we are alone in our struggles. When you feel like the only one realise that we all go through it.

The video references the illegal warehouse rave scene. Is that something you’re part of or have a affiliation with?
Yeah, funnily enough Thetford has a history with the illegal rave scene. Over the years there’s been a lot of that type of activity round this way. Most people round here have been to one and I think that ethos of putting on a rave and getting your pals all involved is a good ethos. I’m not really fully involved in that scene but I know a lot of people round this way who are or have been.

Speaking of parties, you’ve supported Tinie Tempah, Rudimental and Mike Skinner in the past. Who had the best afterparties?
Ha ha, good question. The Rudimental shows are coming up and and I’ve heard they love to have a do so we will see how that goes…

What have you been listening to this year? Can you give us a top three records of 2016 so far?
Chance The Rapper – “Coloring Book” Fred V & Grafix – “Oxygen” Skepta – “Konichiwa”

If you could go back in time and give yourself one piece of advice, when would it be and what would you say?
Not to sound like a jack the lad know it all but probably would say believe in what you believe because it won’t do you far wrong. Obviously things haven’t been perfect, but I think mistakes are healthy to learn, from so I wouldn’t try to change anything. It’s been a mad adventure and I’ve loved every minute.

Finally, what’s coming up for the rest of 2016?
Going into the summer with loads of festivals including Reading * Leeds and putting out more music than ever before. Real excited for the rest of this year!

Watch the video for Franko Fraize’s new single “Only”.