Fox Stevenson spent the last few years as a jet-setting producer, collaborating with the likes of Ookay on the single ‘Lighthouse’ as well as on his breakout release ‘Bruises’. Fox is looking to be more adventurous with his own sound now, returning with new album Killjoy. We spoke to him about mixing the realms of pop, pop punk and rock into the world of heavy beats.

The aim is to end up with a marriage between groove and dance sensibility, and also, hopefully, good songwriting!

First up, tell us about yourself - what got you into music?
I originally got into music from a game called Music 2000 that came out in the year 2000 and that was my first exposure to using a piece of software to make music and since then I’ve been hooked!

Were there any particular bands or artists you took inspiration from?
My inspiration comes from a lot of places. I really like a lot of old adult alternative style stuff like Counting Crows but I’m also a huge into really heavy drum and bass like Noisia. Also Beck, Portugal. the Man, Gorillaz, Skrillex, Pendulum, Rayland Baxter, The Prodigy and Aesop Rock, plus a load more!

I think what I enjoy about drawing inspiration from many different parts of music is working out what I do - and maybe more importantly, don’t - like, then only cherry picking the things i like about a piece of music, and letting that and only that influence me. It’s self-serving but it’s honest!

How would you describe your musical style?
I definitely love to incorporate a lot of melody into what I do even in the sections where things get sparse or heavier. So I approach things as a producer at the same time as a singer-songwriter and let the decisions that I make for the song affect the production choices and vice versa. The aim is to end up with a marriage between groove and dance sensibility, and also, hopefully, good songwriting!

If you could collaborate with any living artist, who would it be?
I go back and forth on this, I’d really like to work with Chance the Rapper. I think we could make something real cool. 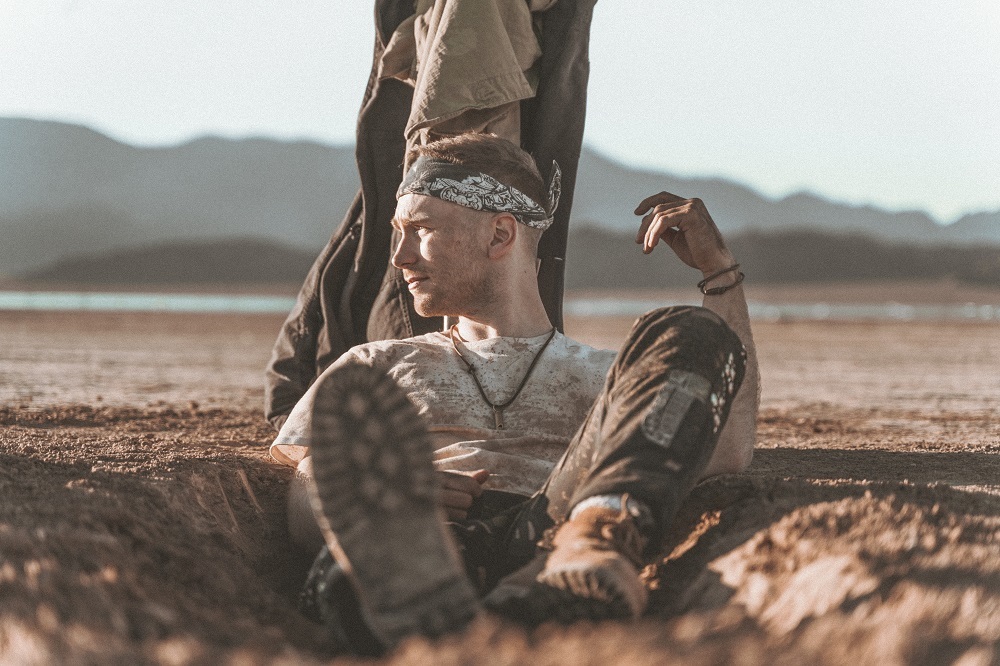 Tell us about your new album Killjoy. What’s it about, what are its themes?
From being part of dance music, I realised that there is a lot of conventions I was adhering to, and killjoy as an album is me deliberately throwing out that rulebook in favour of the songwriting. I’ll always love dance style soundscapes so that still features heavily. I guess the theme of the album is often not belonging or feeling like you’re missing a joke that everyone else knows or how dealing with that feels, but each song is it’s own thing, of course.

When did you write it and where did you record it?
A lot of the album started off as sketches that I write whilst travelling or at home. Eventually, it became a design choice that we would record real instruments which is atypical of electronic music in general but it’s something I’ve always enjoyed doing. One of the things I really enjoy is the mixture of things that aren’t typically associated with each other.

We recorded all the instruments and vocals in a studio called Greenmount Studios here in Leeds and that was a lot of fun. Following that, it fell down to myself, Martijn, and Nik from Nightwatch to take those pieces and find exactly how everything would fit together convincingly, and that was a huge challenge.

Most of the tracks on this album are fighting themselves to be a lot of things at once so the difficulty was bringing forth the elements that we wanted without losing the authenticity of things. “Dreamland” was a particular offender for this, but I’m delighted with how it turned out.

How does Killjoy represent your style?
I think killjoy represents me taking a big step as a songwriter and producer. It opens up a lot of doors for me to explore further into a territory where dance music, songwriting, real instruments and many other things can coexist and I think that’s an incredibly exciting (and possibly kinda sacrilegious) frontier that sadly isn’t being explored.

What are your hopes for Killjoy?
I hope people get Killjoy. It’s a bit of a strange album and I know that. It’s a lot of things at once. It’s heavy in places as well as (hopefully) heartfelt and revealing, which I hope comes across as a powerful contrast as opposed to a self-defeating one.

What can you tell us about your plans for the end of 2019?
The end of 2019 sees the launch of the Fox Stevenson live band and continues this same theme of mixing the dance world’s explosive energy with the more honest and performative things from the live sphere. I believe that the mixture of those two things can lead to a much more powerful conclusion and ultimately a better show.

Finally, if you could go back in time and give yourself one piece of advice, when would it be and what would you say?
The best piece of advice I could give myself is to turn off the part of my brain that tries to influence a piece of music to be something in particular, and instead just to listen to what the track wants to be.

It seems like a small distinction but I’d say it’s a huge difference in outcome. As for when I would give myself that piece of advice, I’m not sure! It’s a conclusion I have arrived at now because of all the experience I’ve had, and maybe knowing it at any other point would’ve been less valuable than knowing it now!

Listen to Fox Stevenson on SoundCloud below. For news and tour dates go to foxstevenson.com.