EnnieLoud is a trio of musical innovators who have crafted their sound in the north London neighbourhood of Wood Green. We caught up with street-dancing singer/songwriter Cassandra, Berlin producer and DJ Beeoff and multi-instrumentalist Ross to find out more about the band.

Our musical style can be described like an urban soul in a trip-hop soundtrack.

First up, tell us about yourself - what first got you into music?
Ennie: I can say that music found me. I didn't choose it. My father is a drum player and composer. It was easy to meet “her”, surrounded by my daddy’s instruments, listening his jazz and Motown records. When I was a child, I loved singing the songs of Billie Holiday, Aretha Franklin and Lauryn Hill. Then I met the trip hop world and it was an impressive impact on my musical point of views. I’ve started to write songs later.

Ross: We all came into being musicians for even more different reasons. We come from different music backgrounds, I come from Indie and blues, BeOff from the Berlin Electronic scene and Ennie from soul and trip-hop. London is the place where we have met by absolute coincidence.

Were there any particular bands or artists you took inspiration from?
Lauryn Hill, Moby, Massive Attack, Portishead, Goldfrapp.

If you could collaborate with any living artist, who would it be?
Ennie: Yep. A lot, we must say. We’d like to collaborate with Anderson .Paak, ST. Vincent, an amazing artist, as well, Janelle Monee, N.E.R.D, Pharrell, and from the UK scene, Goldfrapp (will be an absolute dream), Thundercat, and we estimate a new talent named Celeste. 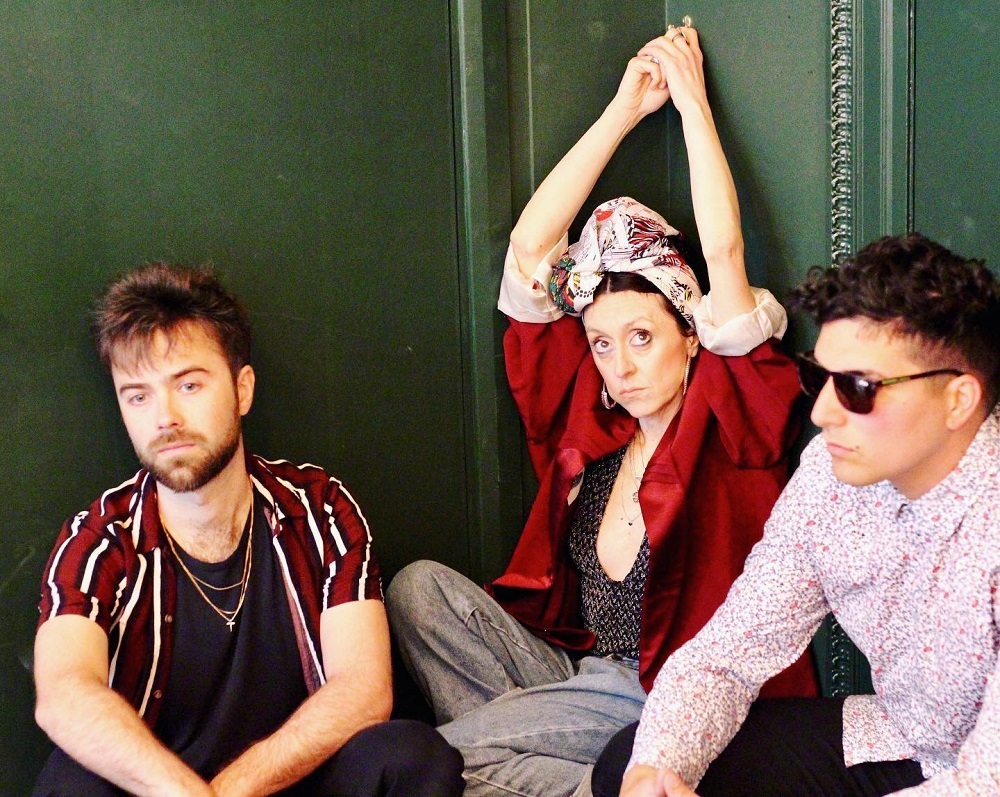 Why 'EnnieLoud'?
Ross: Ennie wanted to express what she had inside so bad that it came out loud! Moreover, the whole band plays loud because we feel it so much!! #sayitloud #EnnieLoud

Tell us about your new single, 'In My Room'. What's it about, what are its themes?
Ennie: In my room is like a dimension where you can find all you need to be who you really are, do what you want to do, and say what you want to say. But above all, it’s a “space” where you can find many suggestions to create art. And for this reason, we can say that “In my room” is currently Wood Green, the north district, where we have decided to live and produce our music

When did you write it and where did you record it?
Ennie: We wrote it about 2 years ago, but first, we couldn't find the right sound to produce it. A few months ago, we have met a young and talented producer Francesco Cataldo, who gave us new ideas and helped us to produce it. Then, the session has been completed by the mixing and mastering of Beau Vallis in the US. We finally got the sound we were looking for.

How does 'In My Room' represent your style?
BeeOff: Yes, definitely. The song has a lot of soul, urban roots and we have played it with the technical tricks and treats used by live DJs. These several aspects describe who we are and how we play.

What are your hopes for 'In My Room'?
We hope this song is heard by the world and will make people express themselves with freedom.

What can you tell us about your plans for the rest of 2019?
We have so many new songs we can’t wait to record and hopefully plenty of gigs and tours around UK and Europe.

Finally, if you could go back in time and give yourself one piece of advice, when would it be and what would you say?
We won’t change a thing as if we who we are it’s for everything we’ve been through and all the experience we did and people we’ve met, it’s been an incredible journey so far.

Watch the video for ‘In My Room’ on YouTube below. For news and tour dates go to the EnnieLoud Facebook page.