Filipino-born, Copenhagen-based guitarist Emmanuel Bueno has just released his debut EP Effort To Be Free. Written during the pandemic, the self-produced EP required Emmanuel to learn recording skills with a DIY approach. We caught up with him to find out more.

Effort To Be Free is about the journey of being free, whatever that means to you.

First up, tell us about yourself - what got you into music?
Hello, I am Emmanuel and I am from the Philippines. My wife and I moved to Denmark to, as they say, “search for a better life”.

Music was always around our house, the radio, cassettes, and CDs. We are not a musician family, but my parents have some music that they love. Also, in the Philippines, especially before the internet era, when people are not doing any chores or watching TV, most likely they are listening to the radio. The airwaves had the classic “slow rock” basically all week, Sundays had something like ABBA and BeeGees, and on Saturdays, we’ll have the current alternative rock songs, local and foreign (mostly from the US or the UK). Unfortunately I would not discover Hendrix until college where I had more time on the net.

I started playing the guitar when I was 16, with an acoustic worth less than $20. It was the summer before my last year in high school. My father has a friend who was in the musical circle of our little town when they were younger. He taught me about the instrument. But he never really taught me any song, just exercises, not even chords, and he told me to just play around but always approach it “with the feeling to create a different atmosphere”. I remember asking him “What are power chords?”, and he answered, “It’s when you strike your strings powerfully”.

Now I am realising that for the first two months of my guitar playing I was already “improvising”, if you can call it that. When school finally arrived, everybody was into bands. I formed a band with my friends and we would play in every school event and some local battle of the bands, in which we never won! 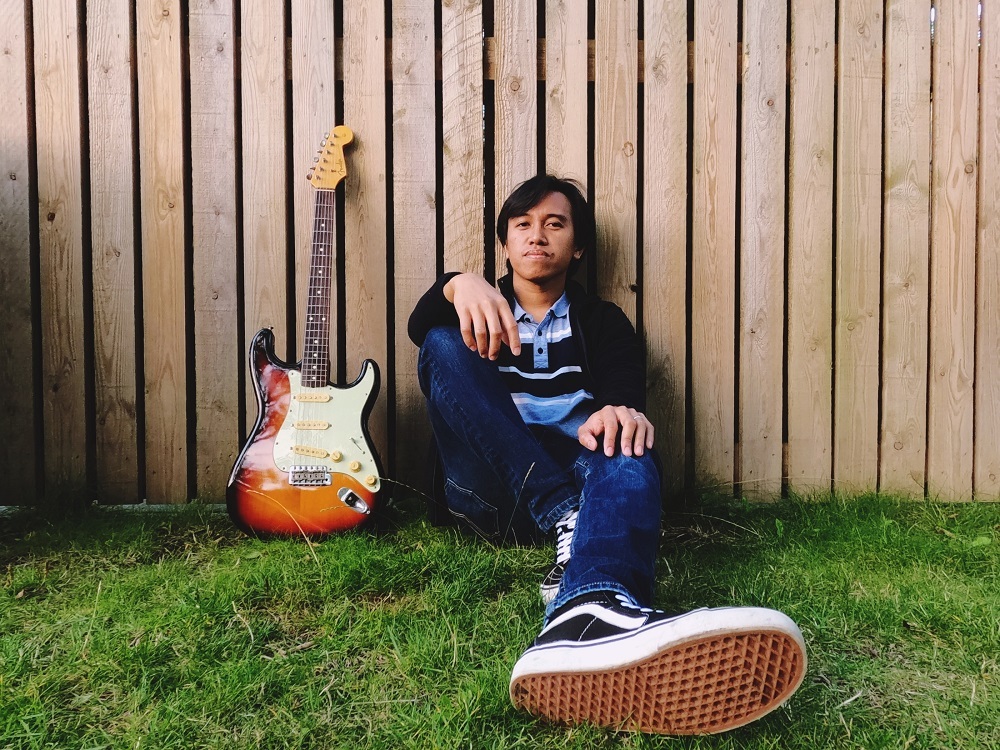 Were there any particular bands or artists you took inspiration from?
I’m probably a fan of the Chili Peppers and John Frusciante more than any other artists. They are my comfort listening zone. But now I’ve been listening to so many musicians and other genres. Off the top of my head, some of my favorites are Jimi Hendrix, Warpaint, Tom Misch, The Strokes, Daft Punk, Tame Impala, Fugazi, and Joy Division. Lately, I’ve been listening to Tycho. There’s also this electronic duo with live drums called Tarsius from the Philippines, you should check them out!

How would you describe your musical style?
Wow, talking about genres is always a hard thing for me, mainly because I don’t really know the sub-genres nowadays, there are so many labels. So for my debut record, some tracks I would describe them as chillout, and within alternative hip-hop. And the other ones are maybe in the realm of harder post-rock or a softer experimental rock, I don’t really know what I’m saying here now.

My natural guitar playing is kind of more into rhythmic playing, but I do love improvising melodic solos. I would like to say that it is within the realm of funk, blues, and psychedelic, maybe some post-rock and indie but I feel like there are some really hardcore players out there who truly belongs in that sense than me. Mine is a combination of every little bit of them. When I am making drum beats I would like it to somehow get that vibe of hip-hop, dance or electronica. I really like the way Stella Mozgawa and Omar Hakim play the drums. I’m not a drummer but I wish someday I can make some beats that at least sound related to them.

If you could collaborate with any living artist, who would it be?
Probably Warpaint or Tarsius. And of course I want to jam with John Frusciante.

Tell us about your debut EP Effort To Be Free. What’s the inspiration behind it?
I have been thinking and learning to make a guitar and beats record for quite some time now. The main inspiration for this record is Tom Misch’s Beat Tape 1 album. Also, when I read Ryan Hewitt’s “AMA” on Instagram regarding their production of John Frusciante’s 6 or 7 records in 2004, it was really inspiring to create something with a simple setup. 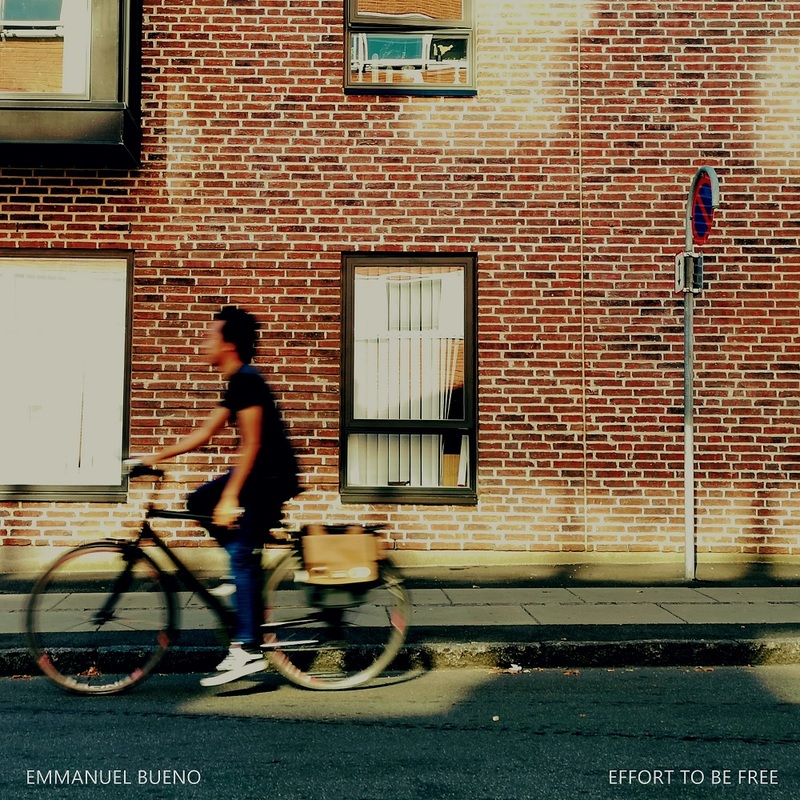 When did you write it and where did you record it?
I wrote and produced the whole record in 2 months. July and August, during the hard times of the pandemic. I just got this Focusrite interface, it came with some free software and I got some other ones (not pirated!) from the internet. Recorded it in our living room, thank you technology!

How does Effort To Be Free represent your style?
The last 2 tracks are more of my style than the first 2. “Heartbeats” is me channeling some Tom Misch and jazzy playing, I think I got the vibe and the transition to the solo is quite good. That solo is more me than the rest of the track. My natural melodic sense is closest to “Talking Lives” and “Free”. I tried to limit myself on the mood and the drum beats for the whole record, to have a slow simple groove but for the next record I want something different.

Can you talk us through each tune?
They have no lyrics to define them so when I was writing them, I thought they better have some kind of feel or vibe so that I can put them together into an EP, otherwise I would just release them as singles. The EP title is Effort To Be Free, so it’s about the journey of being free, whatever that means to you. It opens up with “Heartbeats” which serves as the “jolly” intro tune, chill and carefree mood because you don’t know what’s coming. “Time Will Tell” is a bit of an uncomfortable and melancholy tune.

“Talking Lives” is the conflict part and most interesting one for me, it’s like several guitarists jamming. This one requires more of an active listening than the other songs but I intentionally made the whole record so they are all kind of chill and for easy listening, that’s the theme in the most basic sense. The last track “Free” is basically a long guitar solo with a positive vibe and my take for a softer and happier “Before The Beginning”, which was John Frusciante’s tribute for Funkadelic’s “Maggot Brain”. 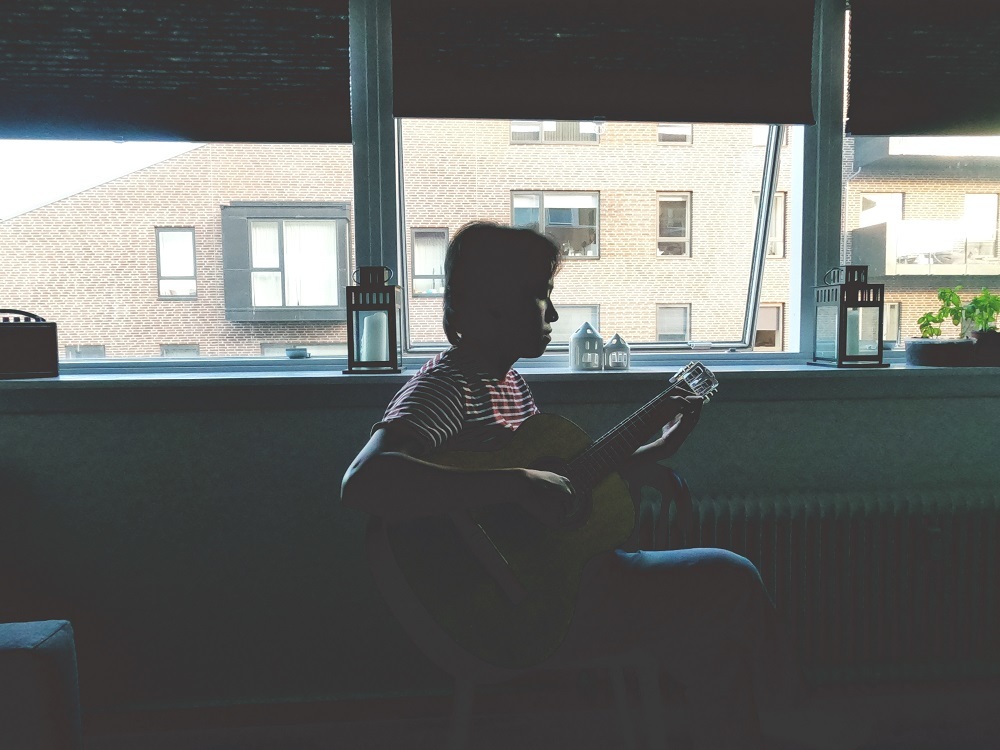 What are your hopes for Effort To Be Free?
I was thinking of only releasing it on SoundCloud, but I don’t think the people there listen to the kind of music I want to make. So I thought, why not just put it on Spotify and it will be easier for all who may want to hear this. It’s my first time to release a record so this will be some sort of a calling card. So when I want to get to know and jam with some musicians here in Copenhagen, I can say, “Hey I play music, this is how I sound, at least for now”.

It’s kind of a milestone for me because for several years, I’ve been dabbling on music production, on gear, and never finishing a project. Ironically, it happened when I didn’t have so much equipment.

How’s the rest of 2020 looking in what’s becoming a crazy year?
I’m hoping this pandemic will not get worse especially in our home country where it’s getting too complicated. I wish the most powerful people who are currently doing the most nonsensical things will come to their senses or otherwise be replaced. There are some personal challenges that I hope I can take care of soon so that I can drop another record next year!

Finally, if you could go back in time and give yourself one piece of advice, when would it be and what would you say?
10 years ago. Just do it. Don’t overthink the technical things and just make music.

Listen to ‘Effort To Be Free’ on Spotify below. For the latest go to emmanuelbueno.com or follow Emmanuel Bueno on Instagram.