Country-blues singer-songwriter Emma King releases EP The Sun And The Blues on Friday, July 26th, a four-track 10” vinyl also available digitally. Recorded between 2014 and 2018 live to tape the recordings were made in Memphis and Nashville, Tennessee. We caught up with Emma to find out more.

We recorded live in each city (Memphis and Nashville) drawing inspiration from the people, the studios and the musical history surrounding both of these cities and studios.

First up, tell us a bit about yourself - what first got you into music?
Hi, my name’s Emma King, and I’m a roots singer-songwriter. Growing up my mum would sing around the house and my musical diet contained a huge dose of soulful, strong influential female characters… Stevie Nicks, Annie Lennox, Tasmin Archer to name a few.

From a young age I discovered Elvis, Cash and Willie and became very interested in the Nashville and Memphis scene of this era. I started to sing professionally from the age of 13 and lived in Tennessee for six years touring, writing and making music.

Were there any particular bands or artists you took inspiration from?
I always loved singing along to male singers because I wanted to prove to myself I could sing deep down there too – of course that was until I discovered CASH! I admired strong female characters the most.

Powerful artists like Annie Lennox and Bette Midler who always had something to say regardless of the climate or backlash. I was heavily influenced by the charisma, the uniqueness, the attitude as well as the powerful vocal abilities that came from these women. They made so much noise that you HAD to turn around.

How would you describe your style?
I would say contemporary blues with a roots-rock edge.

If you could collaborate with any living artist who would you choose?
I would love to collaborate with Bette Midler. Not just for the mind-blowing musical experience but to chat about the world, politics and the industry. She really knows her sh!t, but doesn’t take herself too seriously that’s such an important balance in this industry. Plus it would be cool to watch Hocus Pocus with Bette… who wouldn’t love that! 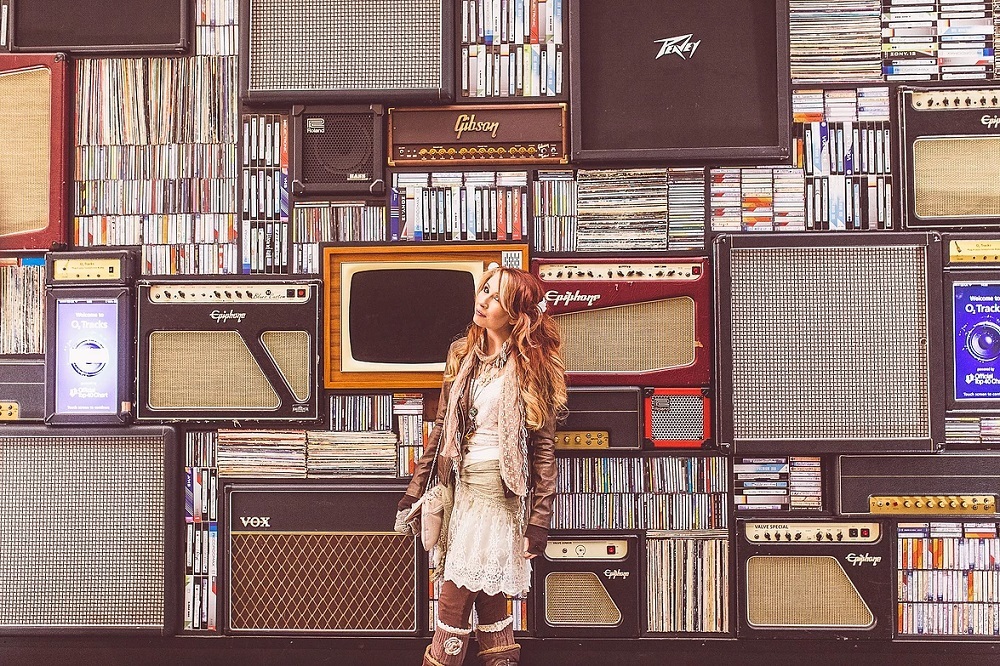 Tell us about your EP The Sun And The Blues. What’s it about? What are its themes?
After a long journey in the USA I noticed some striking differences between Memphis and Nashville despite only a few hours between them. So we decided to inject these findings into our music. We recorded live in each city drawing inspiration from the people, the studios and the musical history surrounding both of these cities and studios.

The idea was to record live to tape keeping it as old school as possible. Taking away all the musical ‘luxuries’… that was a very freeing experience. Capturing each studio’s vibe was equally important, you only have to flip the vinyl to hear the differences in studio and vibe.

When did you write it, and where did you record it?
We decided this project would be a mini-album as I’ve not long released my second full length Electric Soul Therapy. I also wanted something fun for the summer. It was important that the audience really felt part of what we were trying to achieve so we choose four ‘fan favourites’ and re-record them live.

I wrote these songs with Ritch Spence whilst travelling the USA on tour, so they already had an Americana flavour naturally from our time spent over there. We joined forces with friends and musicians and re-created them soaking up the inspiration from each studio/City. We finished the record at Abbey Road which we thought was fitting giving that we already had two legendary studios featured on the album.

How does The Sun And The Blues represent your style?
It fits my style in the sense that I’m always searching for a balance between the old and new. I love the old way of recording, but who knows how long that will last. It was a ‘now or never’ opportunity and the same goes for a physical release too.

We really enjoy the live aspect of what we do and to be able to record live to tape carefully allowing for movement, beautiful mistakes and natural breaths is exactly what music is. Keeping it as real as possible… a total contrast to 2019. It was refreshing.

I also like to try new things and experiment and this went far beyond a musical experiment it was a life changing experience. I took away a larger appreciation of music creation. There’s of course the roots element that’s always prominent throughout my releases.

Can you talk us through each song?
Side A - The Sun

‘All The Other Fools’: This is a song from my debut album and it’s about not falling into that safety net of knowing what comes next, especially at the hands of someone else’s decision making. It’s acknowledging that slippery slope and instead, making that conscious effort to live life on your own terms.

‘Rollin’ In’: I think we can all probably relate to this, whether it’s skiving from school… not turning up for work or an engagement in the diary. Sometimes we need a break away from the norm and want to play rebel for the day and go on a spontaneous adventure. So we did for six years and then wrote a song about it.

Side B - The Blues

‘Break The Mould’: This is a tip of the hat to all the musicians, creators who became before our generation, it’s something we can only touch the edges of but the legacy, the sounds and history will be around forever you can’t break that or take it away. It’s also about cementing your passion/sound and sticking to your guns which is not always so easy to do in a business that changes so much.

‘Wild Things’: This is about preserving the precious things we really deeply feel a connection to and that often the coolest things are deep, deep underground. Sometimes we’re lucky to find them and often they don’t rise to the top and it’s about acknowledging all those things/beings we never got to see, meet or hear. The greatest things are often hard to find, but that doesn’t mean we should stop searching.

What are your hopes for The Sun And The Blues?
I really hope people enjoy listening to it, and, for those musical nerds, you can really dig deep and hear the musical differences/similarities between studios, and, of course, analogue recording, so there’s a lot to get your teeth into. We had so much fun creating this and I hope people can hear and see that in the artwork too.

What other plans do you have for the rest of the year?
We’re going out on the road starting in July to promote the record and you can find our dates at emmakingmusic.com. We’re also joining the show Bravery to the Bell in aid of Children With Cancer UK, to celebrate 30 years of incredible work and hopefully, raise even more money for this incredible charity. Check out braverytothebell.com for details.

Our download ‘Tomorrow Is A Better Day’ is out now and 100 percent of the proceeds go to Children With Cancer UK too. We’re currently writing a new record, but no release date has been set yet.

Finally, if you could wish for one thing to happen for you this year, what would it be?
Just a little more time :)

Watch the trailer for The Sun And The Blues on YouTube below. For news and tour dates go to emmakingmusic.com.