When Emma King moved from Northern England to Nashville, she became a frequent performer at the legendary Bluebird Café with her mix of roots, blues and urban chic, and went on to record live at the Sun Studios in Memphis. Now back in the UK, her eponymous, independently-produced debut album is out having recorded at London’s Snap Studios before mastering at Abbey Road. We found out more about her career so far and plans for the future.

The album reflects my journey in America over the last five years. It was inspired by the people, the places and my experiences whilst touring and recording across the U.S.

What is your current goal?
To release my 1st debut album and make it to the end of the radio tour without eating too much chocolate from service stations.

What was the biggest lesson you learnt in 2015?
Patience. Not to rush decisions but to consider all possibilities and to believe.

What was the musical highlight of 2015?
Completing my debut album at Abbey Road and hearing my album on Vinyl. Woohoo! To be able to co-write and co-produce with Ritch Spence is always a highlight!

Who are you excited to hear from in the remainder of 2016?
It was so cool to see dates for Dixie Chick on tour in the UK this year. I’m hoping there’s more music, videos and appearances in the very near future, I’ve missed their music.

Tell us about the record you have just released…
We wanted to make this record as authentic and honest as possible. It’s definitely Tennessee inspired; after living in Nashville for so long I guess that was inevitable. The album process began at Sun Studio and half of the album was written in America, the album’s journey followed me home to England where we completed the writing and finished up at Abbey Road. It was a symbolic ending to the journey and the icing on the cake. 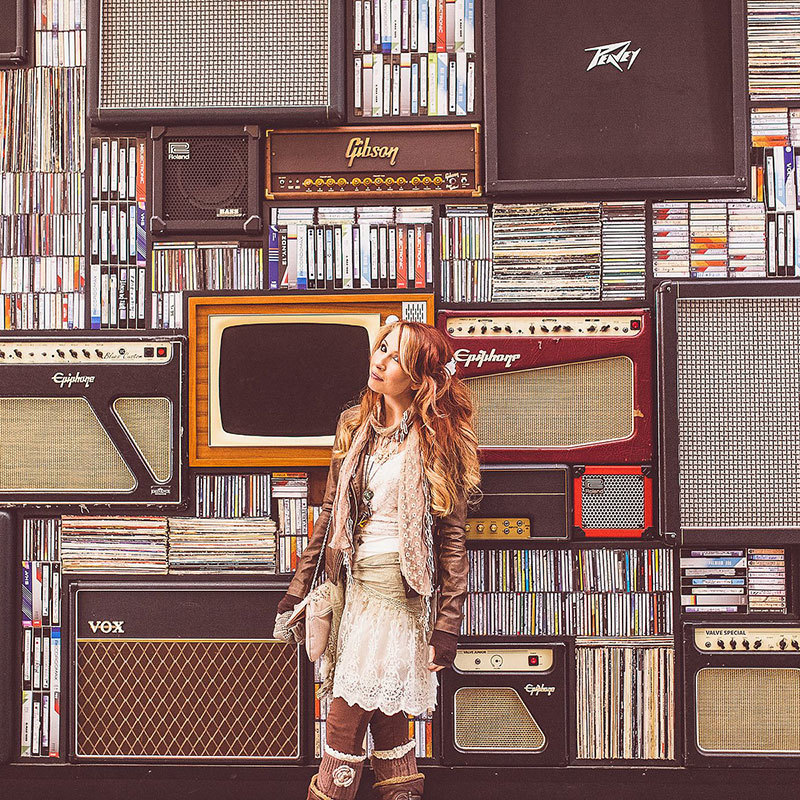 If you had to pick three artists to be filed next to, who would they be and why?
Annie Lennox is a fearless artist, incredibly influential with epic songs and cutting edge videos.

Fleetwood Mac I grew up listening to their music, I love the melodies, sweet harmonies and the variety that each individual contributes to.

Aretha Franklin you gotta bring the queen of soul to the party!

What inspired the record?
The album reflects my journey in America over the last five years. It was inspired by the people, the places and my experiences whilst touring and recording across the U.S.

If the record were an animal, what animal would it be?
Probably a Hummingbird. They can remember every flower they’ve visited and how long it will take to get there.

If you could jam with one artist alive or dead, who would it be?
Without a doubt Elvis Presley. I would love to stand around the piano and sing along to his songs. His live shows where electric… I didn’t even know legs bent that way!? He was an incredible artist and his sound really enabled me to listen (and to feel) music in an entirely different way, that’s a very cool thing.

If you could have written one song by another artist, what would it be?
‘Sleeping Satellite’ by Tasmin Archer. It’s a timeless, epic pop tune with a soul/rock edge. I love the haunting undertones and interesting lyrics and of course you can’t beat that 90’s video!

Someone is making a film of your life, who will play you?
Kate Winslet.

Lastly, tell us one thing you have never revealed in an interview…
I’m a vegetarian.

For the latest Emma King news and tour dates go to emmakingmusic.com.