Dream Tiger is the creative partnership between Liz and Josiah Wolf of the band WHY? Their latest, EP 1 was recorded while under quarantine, and seek universal meaning in minute observations and cosmic mysteries during a time that threatens to reduce our scope to our own solipsistic ends. We caught up with Liz to find out more.

First up, tell us a bit about Dream Tiger. You’re both part of the band ‘WHY?’, so how did you come to start recording music under this moniker?
Dream Tiger has primarily been a solo project for me. I started writing music in my late 20s and didn’t record any real songs until Josiah and I moved to Ohio in 2009.

We made a covers album (Under Lovers Covers) together and I toured with him for his solo record Jetlag. I taught myself Logic in 2010 and that’s what really created the turning point for me to produce my own songs.

Josiah went on tour with WHY? and I started Dream Tiger in the months he was away. The songs of my first album (SELF) had been written over several years leading up to that point. Dream Tiger has always been actualised through the musicianship and expertise of Josiah, but I write the songs/lyrics.

However, more and more we create the production collaboratively,

Did you have a starting point for how you wanted Dream Tiger to sound in terms of inspiration from other artists or genres?
I love slower and intense music - I grew up in the 90’s with so much amazing music but specifically trip hop is my shit. from the first moment I was exposed to it and still now.

I don’t know if I have a specific starting point other than that I love analog synthesizers and the beats of the oakland drum core/marching bands I grew up with.

How would you describe your musical style?
Oakland beats on a late night NY subway.

Why the name ‘Dream Tiger’? What do you stand for?
The name comes from the Luxury Comedy episode where Fantasy Man goes in search of and catches The Dream Tiger. I love that show, The Mighty Boosh and Noel Fielding. I knew the second I saw the scene that it was meant for me. 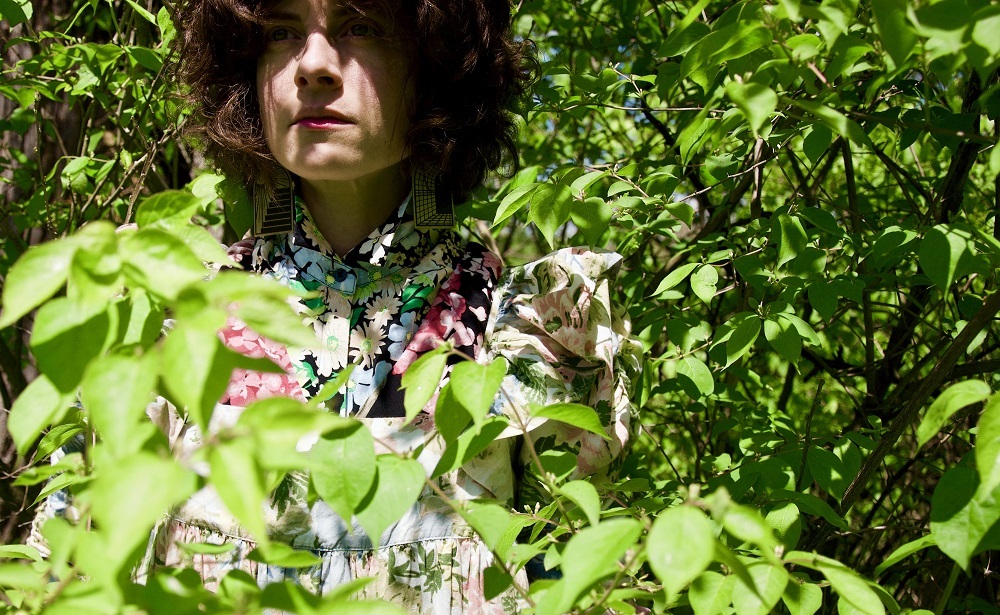 If you could collaborate with any living artist, who would you love to work with as Dream Tiger?
Noel Fielding - I would love if he made a painting for my record. James Blake. Moses Sumney. Perfume Genius. Aldous Harding. Kate Bush. Beth Gibbons.

Tell us about EP 1. What’s it about?
These songs were originally part of my second unfinished album. Now it’s being made as a series of EPs after having written most of the core material five years ago.

The EP is about many things - greed, the desire for youth, the dangers of being superficial (‘Gold’), the magnificent path really became about life itself in all of it’s beauty and it’s negativity, and finally crystalized is a dream scene about the serenity of looking at yourself truthfully and the beauty of experiencing something external totally for yourself.

When did you write it and where did you record it?
These songs were written over the course of several years and have had many lives. They’ve been played live over the years and have evolved as a result of that as well. we recorded the final versions of the three songs during quarantine and have more planned in the coming weeks/months.

Can you talk us through each track?
‘Gold’: this is really a half truth / half observation of people around me and the superficiality of society. It’s a little sarcastic and dark. It’s very dramatic and the drums are intentionally perfect and make me feel like scitter scatter dirty dancing.

‘Magnificent Path’: This is a beat I made using a tape loop of a synth record I found at the thrift store a million years ago. we built on that and the lyrics are the newest thing i’ve written - inspired by and taken from a letter my dad wrote my mom before I was born.

‘Crystalized’: a very cool beat Josiah made several years ago that I wrote lyrics too and we used to play live a lot. It’s my favorite song on the EP and I love how it turned out. As I said earlier, it’s really a dream scene in kind of a snapshot form.

What are your hopes for ‘EP 1’?
Well I would love if more people heard it of course. That’s all anyone can hope for. And, most importantly, that it resonates with someone.

What are your other plans for what’s fast becoming a crazy year?
We are very much quarantined still and have no plans to stop doing that until the numbers improve which we don’t see happening any time soon. We plan to keep recording as much as we can while we have this time together.

It’s really been an amazing time for us to create. Lately it has begun to feel very strange to do so given everything that’s happening in the US and now the world. I am very serious about working through the racial inequity in the US and it’s a very long time coming. I’m inspired by the revolutionary movement toward change and I feel hopeful that enough people are paying attention and that means change can happen.

It’s definitely hard to feel like I’m doing enough while quarantined, but we are taking steps in our own lives to increase awareness within ourselves and trying to do so with those who need to upgrade their grey matter (cause one day it may matter). we are also working on our house which I love.

Finally, if you could go back in time and give yourselves one piece of advice, when would it be and what would you say?
You will be all right.

Listen to EP 1 by Dream Tiger below. For the latest, go to Dream Tiger’s Facebook page.