South London MC Desperado’s history stems back to being the leader of South Soldiers, then going to be be a member of the OGz with other members include P Money, Blacks, Little Dee and Jendor. He’s been on grime networks such as Lord Of The Mics and Risky Roadz, while flexing his skills in freestyle and clashes. We caught up with him off the back of single ‘Say Narda’ with Dutch and Karma Cruz.

If you have a dream whether you’re in a team or not just go for it and if everyone else alongside you has the same dreams then you’ll get there together.

First up, tell us bit about yourself - what first got you into music?
Well I started doing music when I was 7 or 8 years old. My step dad was a musician, he had a studio in our home so I would mess about in the studio. At the age of 15 I started taking it more seriously when I heard Dizzee Rascal and the East London MC’s doing Grime. That’s when I started to write my own lyrics.

I was running around South London clashing everyone on every ends and that’s how I made a name for myself. I joined a crew called South Soldiers and we built a buzz in London via our show on ON TOP Radio. It was probably the biggest Grime Crew at that time in South London.

How would you describe your style?
I try to speak for the people, I can get in depth and then I can also switch it up and make music for the ladies. I’d say I’m poetic, kind of how Tupac was.

What did you take from your time as leader of the South Soldiers?
You’ve got to keep on working, don’t rely on anyone else because at the time when planned to do many things but people gave in. What I learnt from it is that if you have a dream whether you’re in a team or not just go for it and if everyone else alongside you has the same dreams then you’ll get there together. Never stop yourself or limit yourself when you’re in a collective because people change and their circumstances change.

What’s it like being a member of the OGz?
It’s good to know that I can still fly the flag in memory of N.E.

What’s been your best moments of 2017 so far?
The feedback I’ve been getting for the ‘Say Narda’ that’s been my highlight of the year, I’ve had people from all over the world bombarding me about the track. Just being able to know that I can still do it, is a good feeling. Obviously 2018 is going to be the year for the sparks but this year was more about letting people know that I can still do it. 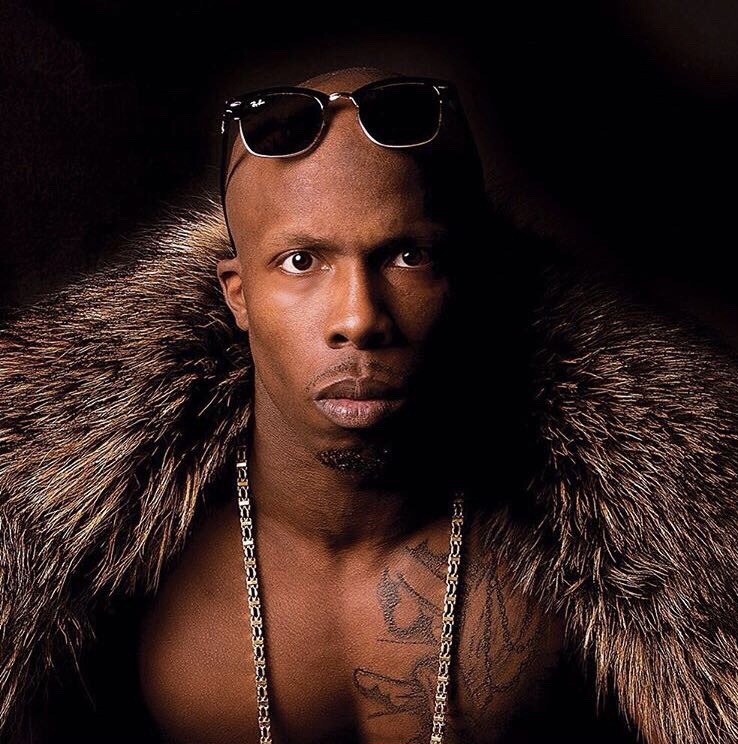 Tell us about your new single ‘Say Narda’. What’s it about?
Myself and Dutch was in the studio together and we wanted to make a club banger, we thought of catchy words and we came up with a nice vibe. ‘Say Narda’ is more for the ladies and in my verse, I wanted to put a little bit of my real-life element into it. How I might approach a girl and the things that might attract me to her.

When did you write ‘Say Narda’ and where did you record it?
We wrote it in July and we recorded it in Karma Cruz’ studio.

You worked with Dutch and Karma Cruz on ‘Say Narda’. What did they bring to the record?
Well they’re both very talented artist and we it came to the chorus we all put our input into the chorus. Karma found the beat, it was a producer called Pinero. I don’t think I would have made a track like ‘Say Narda’ without those two. So yeah, they added a lot to the table, we all brought our pieces to the puzzle and made it work.

How does ‘Say Narda’ build on your previous releases?
It shows people how versatile I am and shows people I can speak about more than one subject. I’ve made hundreds of tracks but I haven’t made hundreds of music videos. So, for people that might not know me or people that only look at artist when they shoot music videos, I haven’t got another have a track like ‘Say Narda’ on YouTube. So, I’m just showing people another side to me.

What are your hopes for ‘Say Narda’?
My hopes are for this track is to be played in clubs and for the track to re-introduce me back into the scene.

If you could collaborate with any living artist, who would it be?
It would have to be Drake or Vybez Kartel.

Finally, if you could go back in time and give yourself one piece of advice, when would it be and what would you say?
I’d probably go back about 10 years when Wiley was on clashing and I said NO because I thought I was too much of a rude boy so man shouldn’t clash me. I would have gone back and clashed him.