Derek Piotr has veered away from digital instrumentation to immerse himself in his passion for folk music, with new album Making and Then Unmaking the result. Dulcimer, pedal steel guitar, clavichord and banjo all feature with Scott Solter (The Mountain Goats, Spoon) and Nicolas Vernhes (Animcal Collective, Dirty Projectors) on co-mixing duties. We caught up with Derek to find out more, and you can listen to the premiere of ‘Invisible Map’ at the end of the interview.

Making and Then Unmaking deals with change, specifically societal change, and the loss or breakup of friend-circles over time.

You were touring regularly up until the pandemic. How were your shows developing?
Most of my shows at that point were pretty ambient, in support of my then-released memorial album for my grandmother, Avia. I also had staged a complex chamber concert of Avia material, which involved a lot of rehearsal time and hard work, and was performed September 2019.

That concert was much more involved than the other shows I’d performed up until this point, and featured two flutists, two violinists, and two keyboardists. I recorded the entire thing and have hopes to release that at some point. We mostly did pieces from Avia, but also performed a Morton Feldman piece that I like a lot.

And how did your DJ sets compare?
My DJ sets definitely became more and more urgent for me in 2019; Avia was a truly difficult album for me to perform live, mostly due to the content involving my recently-passed grandmother and voice recordings of her embedded in the material. The DJ sets were freedom from this heaviness, and became less and less conventional each time I played one. One set was purely mediaeval consort music and field recordings of Sumatran drumming.

I got bolder and bolder each time I went into the DJ realm, or I guess more bored with the overall format, and wanted to play extremely slow or beatless things, or something really chaotic and heavy, like a really harsh mashup or something. I DJ’d a couple times at my favourite bar ever, Flowers For All Occasions, which is now permanently closed. A DJ set at Flowers was my last proper gig before the pandemic. 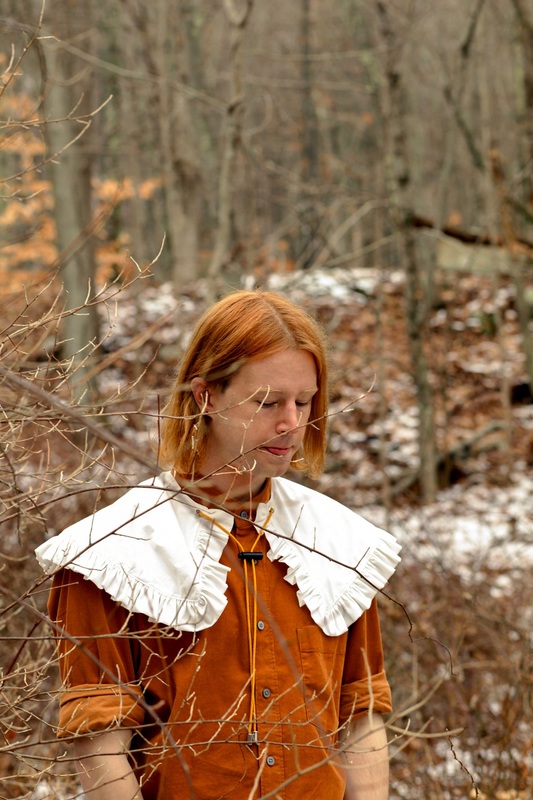 How have you been coping with the pandemic in terms of music making and music performance? Have you been able to be productive during lockdowns?
It’s been wildly frustrating being unable to perform live during quarantine, though I did become a member of a Ballad-swap that meets monthly over Zoom (most of the members are based in North Carolina), and I have been singing more and more Child ballads around my house or whenever I have a spare moment. That’s been my way to stay sane.

The album I am about to release, Making and Then Unmaking, was, I imagined, supposed to take a lot longer to construct. I had imagined writing these songs and visiting some studios in Philadelphia and Raleigh, and working with players in the room, doing many takes, and being graceful and accommodating to players’ schedules. Then Covid happened, and we all stayed home and sent each other takes! So in the end it happened much more quickly than I ever could have imagined. Life can be unpredictable like that…I have to take the bonuses where they are, I guess.

Tell us about your new album Making and Then Unmaking, coming in spring. What’s it about?
I had written a two-track, long-form drone album and shopped it around to labels and nobody seemed to have much interest in these two, thirty minute aggressive drone pieces. So I decided to go with one of my original hunches after completing Avia — put on my capital M Musician hat and make some actual tunes.

Originally I had it in my head that this would be some kind of indie record — like ‘Bright Eyes’, which is hilarious. Lot of gentle hushed vibraphones, brushed drums, and pedal steel, with emo lyrics. I had also been listening to a lot of Lambert, Hendricks and Ross, so I was going to do all of this multi-track hocketing stuff to give it some kind of call-and-response factor. I’m really glad this did not end up coming to fruition — maybe too undercooked or whatever, only a vestige of this idea survived on the album in the track ‘Snow in Paradise’. I might try the indie jazz thing again in five years. lol.

Making and Then Unmaking generally tackles Appalachian folk and traditional cowboy/Americana music in a pretty traditional sense. I avoided guitars for my entire career — it wasn’t until Avia that I had chosen to use guitar sounds on a record. I had been touring and met this incredible guitarist called Ed Williams who played bowed acoustic guitar at a little bookshop/venue and I recorded his little drone piece about two metres away from him. I ended up using this recording on Avia because I found it so beautiful.

Other than that I had a massive taboo against guitar for my whole career — I felt it was extremely common, pedestrian, coffee-shop stuff, represented the most middling and mundane music on the planet. But I was really fooling myself, because more and more I listen to people like Joni Mitchell, Phoebe Bridgers, and more and more traditional folk from the US and UK.

So I was constantly comforting myself with beautiful acoustic guitar work and I felt it was time to drop the taboo and take the guitar on for what it could do, in its most magical sense. Ed actually ended up being a huge mainstay player on the record, and did a lot of the performances — especially on ‘From Your Window’ and ‘Light-Years’.

Obviously, I spent a long time listening to East Asian folk music, abstract electronic music, and modern classical music, so I proudly like to think I got a lot of compositional checkboxes filled in completely wrong where the guitar is concerned! The other thing that happened is that I got very sonically bored, right away, so this record features a ton of niche acoustic instruments — bagpipe, autoharp, clavichord, harp, vibraphone, dulcimer, and viol da gamba. Somehow on eight of the nine tracks all these things exist, and then the 9th track is just unaccompanied singing. I really crammed it all in. Content-wise, I’d say this record deals with change, specifically societal change, and the loss or breakup of friend-circles over time. It’s pretty obviously there in the album title. 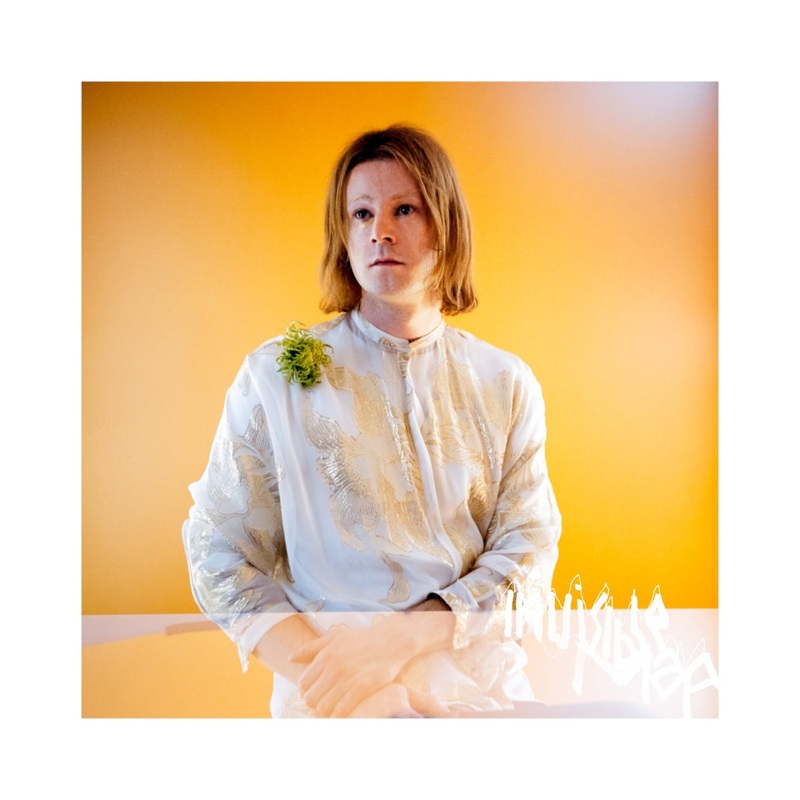 When did you write it and where did you record it?
I wrote most of this material at home. I had intended to go to Scott’s studio to do some recording after I wrote the songs; we were thinking of getting a core group of musicians together to track the songs in their most skeletal state, and add things later. This initial idea sprang out of my Bright Eyes blueprint… so I think we were originally going to have guitar, drums, and keyboards, with some unusual choices for the percussionist and keyboardist (like the studio’s harpsichord).

Due to Covid, this idea quickly evaporated and I sat in my bedroom and sent a bunch of emails. I got a pedal steel player from Grands Rapids, an autoharpist from Wales, a dulcimer player from London, basically folks from every corner. I wrote seven of the nine songs on this record; one song, ‘Bolakins’ is a traditional ballad, and one song, ‘From Your Window’, existed in a different form ten years ago; it was one of the first songs I ever wrote. I edited and retooled the lyrics and structure to meet the family of this album. Everything else I wrote from fall 2019 to summer 2020.

You worked with Scott Solter (The Mountain Goats, John Vanderslice), and Nic Vernhes (Animal Collective). What did they each bring to the LP?
Scott is amazing. I had emailed him, almost ten years ago, expressing some admiration for records he’d worked on, and he answered some specific questions I had. Then, in 2014 I think it was, he was in NYC quite a bit and came to a few of my shows. We had a mutual admiration for each other’s work, and at that point I was making exclusively electronic music, so we never really collaborated in a full-on way.

He had done a remix for me in 2014 that was never released, and for Avia, I thought it might be nice to let him make alternate mixes for my single ‘The Sign’. That was in 2019. It was a slow accumulation of strong trust and respect, both of us tiptoeing towards each other, more and more directly each time.

When I decided to put my capital ‘M’ Music hat on, Scott was the first person I called. His role was mainly to fit all the disparate recordings together in a way that made sonic sense; not so much about extreme effecting, but more about nuanced flower-arranging of, say, pedal steel from Grands Rapids mixed with saxophone from Iowa City and harp from Indiana.

How does Making and Then Unmaking follow on from your last full album, Avia?
Definitely feels like a bridge between the two records. A couple of the players are the same, as I already mentioned above, Ed Williams became a huge backbone for this album after I included him on Avia. Also Noah Sanderson (glass marimba), Tom Hack (Harp), and Justin Comer (Saxophone) came back on board. Then there was the first blush of having Scott do the single mixes for Avia, and he came back in a huge way.

The album covers kind of evolve from each other too; same angle, me in a scarf, flower stems and blooms all over in various places… I definitely wanted to tackle some of the lushness of Avia in a way that was more celebratory, not funereal at all, full of witchcraft and impishness, like waking up after sleeping in on the first day off from a months’ hard work, dewy and mischievous. I am supposed to evoke Loki or The Fool (tarot card) on the cover, and then there’s a gorgeous woodblock print by my friend Pavia Burroughs who I went to highschool with, she did a woodblock of Bolakins that’s a bit like the tarot card The Tower. So there’s mischief afoot here…

What are your hopes for Making and Then Unmaking?
It would be so nice to tour again if Covid restrictions ease up this summer. Other than that, I just hope the album finds the right listeners generally.

Finally, else is coming up for you in 2021?
I have a couple of nice and diverse collaborations in their beginning stages, nothing I can talk about yet… I’ve also been working tirelessly on shining a light on the North Carolinian folk singer Lena Bare Turbyfill and her family, so I have a couple of projects related to that on the stove. I recently received a grant from the North Carolina Folklife Institute to generally continue my work as a folklorist, which has been incredibly enriching, so that will take up a lot of my focus this year, and I am so looking forward to it.

Listen to ‘Invisible Map’ taken from Making and Then Unmaking on Bandcamp below. For the latest, head to derekpiotr.com or find him on Twitter and Soundcloud.