Derek Piotr returns with a new album, Avia, inspired by the sad event of his grandmother’s passing. Having written glitch, leftfield pop, chamber, dance and drone music while collaborating with artists such as Richard Chartier, Don’t DJ, and Thomas Brinkmann, Avia represents a very personal work that incorporates recordings made of his grandmother’s voice. We caught up with Derek to learn more.

I have over an hour of my grandmother’s voice; less than five minutes total probably appears on this record. I wanted to be careful about what I chose.

The last time we spoke to you, you were about to release album Grunt. What response did it get?
Grunt was the first release I had done on my own label, DPSR in five years. The debut release on DPSR, Raj came out in 2013. I am fortunate to say Raj and Grunt are some of the best-received titles in my discography; partly this could be because they are some of the noisiest things I’ve released, but I actually think it is due to the fact that I had complete control over the promotional process.

Avia is also coming out on DPSR this year, so I am curious to see what will happen. By self-releasing, I cut out the middleman/label head and am forced to do everything myself. I find that sort of pressure results in me promoting projects harder than assuming someone else will do it.

We were sorry to hear your grandmother passed away two days after its mastering. Did that sad event impact on Grunt at all?
I don’t think the passing impacted Grunt so much. But immediately I began writing new material in response to her passing, and kind of kept Grunt its own thing. I didn’t necessarily want to inject mournful energy into the performances and projects around Grunt; I usually work on a new project immediately after finishing the last one, so you kind of learn to compartmentalize the universes a little bit.

While I was working on pieces for Avia, I was able to focus on really intense noise shows for Grunt and get some of my pain out in those performances. But it was never a visible gesture of mourning to the audience. I kept that to myself.

We understand your new record, Avia, celebrates your grandmother by using recordings her. Can you tell us what led you to starting those recordings? When was this?
To quote the essay I had worked on with Dr. Michael Waugh for this album: “Since 2010, I had been recording my grandmother’s voice: on the phone with her, in her house while she was on the phone with someone, stories, jokes, anecdotes, attitude, observations… I hold on to things.

“Occasionally I come across recordings in my library on shuffle that my friends had made ten or fifteen years ago. I consider myself a digital archivist. My grandmother was 91 when I began recording her. She lived alone in her home until the last 5 months of her life, where she was moved to assisted living. She declined rapidly at 99; until that point she had lived independently and vibrantly. Despite this vibrancy, I had a sense of urgency to record her. My clandestine practice was a desire and a way to hold on to more of her than I felt I inevitably would.”

How did you go about integrating the recordings into your music?
This was a bit tricky. I did not want my grandmother’s stories or voice to become a ‘track 2’ or something; i.e. lose meaning through mere repetition. I have over an hour of my grandmother’s voice; less than five minutes total probably appears on this record. I wanted to be careful about what I chose.

I did not want to sully certain recordings which were emotionally very meaningful to me, but at the same time I wanted to shine light on some of her more remarkable stories (one involving her passing notes to her friend through the lining of the parent’s coats, when she was very young). So it became a puzzle of editing the voice recordings in such a way that transformed them from the raw material I had candidly documented. 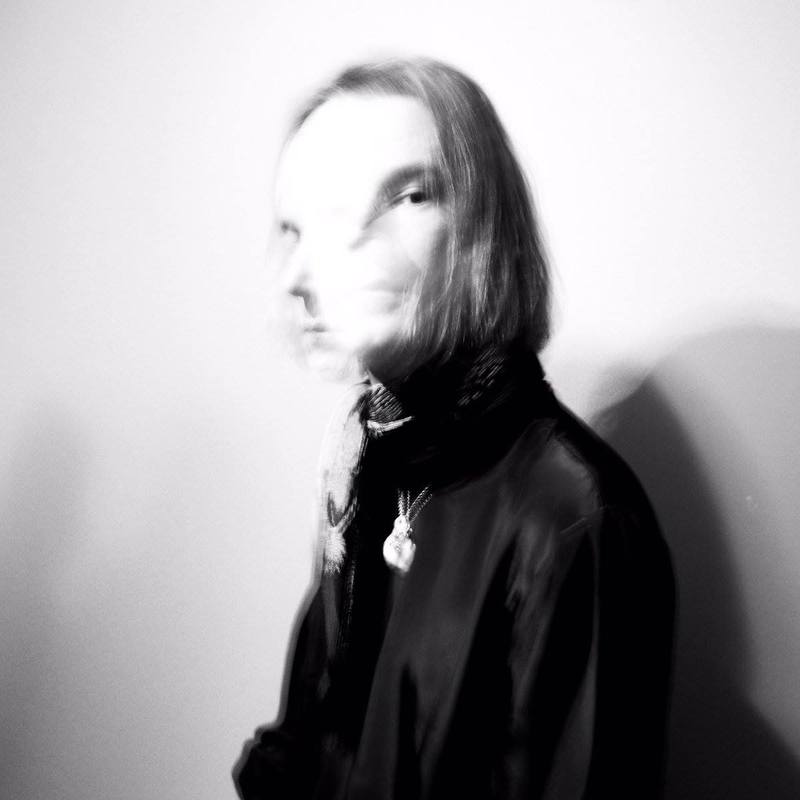 Can you tell us about the recordings you used?
One of them is a longer story in which she describes her work for Barbara Fallass. From caninechronicle.com: “Quite a few breeders have the resources to buy the best and do things on a grand scale. That approach typically ensures instant recognition and transitory success, but rarely translates into a lasting contribution. That requires an element that money can’t buy, an uncompromising focus on quality. Barbara Fallass and her daughter Susan Mason made historic contributions to the development of Smooth Fox Terriers, Greyhounds, and Welsh Pembroke Corgis.”

My grandmother looked after Barbara’s birds, and generally assisted the woman around her home until the end of her life. When Barbara passed away, my grandmother recalled the two swans in her pond came up and beat their wings in the window, as much as to say farewell. The story regarding bird care was so interesting to me, I stuck it wholesale into the track ‘The Bird Room’.

Some tracks do not feature my grandmother’s voice at all, like ‘Temple of the Fortress of Light’. ‘Roadwork’ was a conversation I had recorded that I had with my grandmother during some construction on her street, but most of these recordings feature her talking without my intrusion. Many of the recordings were either edited for clarity, or to cut some of the more personal content out. ‘The Search’ is heavily edited and features a scenario in which I had found an old cassette of Dr. Theodore Safford with my grandmother and was attempting to play it for her in her car, after unsuccessfully locating her tape player.

How did you find writing music with less of an emphasis on your own voice?
This, I think, was a natural evolution at this point. I have been slowly moving away from pop-based songs in my work, preferring to focus mainly on composition. Grunt used a lot of voice material, but was almost entirely wordless. The occasional song sneaks itself in (‘Pure’ from Grunt, the title track to Avia), but more and more I prefer to be word-less and beat-less. I am finding myself moving in a direction very different from the work I was making in the beginning of my career. Hopefully it carries the Piotr thread, or still sounds distinct to listeners.

Do you have any songs on Avia that you’re most proud of?
‘The Sign’ feels very successful to me. I think my personal favourites are ‘Roadwork, of which I have commissioned a music video from Sam Tarakajian, and ‘Three Voicemails’. I almost can’t listen to the latter too often, it’s very very heavy to me.

What told you that the album was finished? Are there any songs that didn’t make it?
Only a couple. Mostly these were sketches for other, finished things. I had written one track called ‘Underlying True Yearning’ which I played out live a lot, but was not sure what to do with in relation to the project. In the end, I decided to make it the UK-only bonus track.

Can we expect to see you playing live this year?
Yes. Already did a couple of concerts, up-to-date info constantly reveals itself at derekpiotr.com/performances and @derekpiotr.

Watch the teaser for Avia on Vimeo below. For the latest about Derek Piotr head to derekpiotr.com.