Polish producer and composer Derek Piotr writes music that focuses primarily on the voice that abstracts its literal connotations in the context of composition. He has composed radio plays and pop songs, served as intern to Meredith Monk and his second record, 2010’s Airing, was nominated by the jury of Prix Ars Electronica in 2012. His fifth album, drone offering Drono, is out now, and we spoke to Derek to find out more about the inspiration behind it and his take on the drone genre.

I actually feel that drone is a huge phenomenon, a really big niche that is almost cliché at this point - I wanted to turn that cliché on its head lightly with Drono.

Tell us bit about yourself - what were you doing before getting heavily involved in the music industry?
When I was quite young I spent and still spend a lot of time in nature. I was also singing and dancing from an early age, mostly in private to favorite CDs, no performances, though I was in choir as a young person in school and briefly studied clarinet.

What was the first style or genre of music you really got into? Was their a particular song or artist who inspired you?
As with most people, popular music. My parents also listened to things like Yanni and Enya, so I had some New Age-y music floating around my ears pretty early on. Still have a huge respect for Enya - she tracks all her vocal harmonies herself!! amazing

Drone music is a left field genre not given much media attention. Who are the drone artists you look up to?
It is and it isn’t. I actually feel that drone is a huge phenomenon, a really big niche that is almost cliché at this point - I wanted to turn that cliché on its head lightly with Drono. Not this kind of wallpaper ambient drone experience, but also not this balls-to-the-wall macho metal drone freakout either…with full respect to both sides of the spectrum… That said I love Eliane Radigue and Phil Niblock the best (so alive!) and I also fell inlove with Kevin Drumm’s records Tannenbaum and more recently Trouble. Technically not drone but still droney is AGF’s fantastic record Head Slash Bauch, a record that’s been with me a long time.

What would you say makes your music unique?
I think it is completely not my place to say but if to hazard a guess: it’s very intimate, dry and spare, dusty and personal. It is my firm belief that if I work only on the music that excites me, there is a high chance that it will excite at least one other person on this planet. I like to think I have not been wrong about this. I also can’t think normally about music - in terms of bassline, hats, syncopation, chords, middle eight, etc, only recently have I begun caring about specific tempo. For instance a lot of my favourite pieces that I’ve done take place around 75bpm, which I find interesting. I prefer not to analyze in this way, however.

If you had to describe your sound as a personality, how what would it be?
Electric-eyed, posessed, alert.

How do you create your music? Is there any kind of routine that helps?
Generally no - there is no set way I find my way into a piece. Oftentimes I make small files of texture or single bar rhythm and they sit on my harddrive for months. My file system of sounds is labelled chronologically, for instance I have a 2016 and June folder sitting on my mainframe right now, on an offshore drive there is May April March etc… for this year, and all the years before. So sometimes a piece gaining momentum is the result of trying some of these files in combination with each other, when I’m after a specific structure. Always I’m after a specific kind of movement when I work on a piece, and the textures and rhythms get swapped out until I convey it accurately enough. 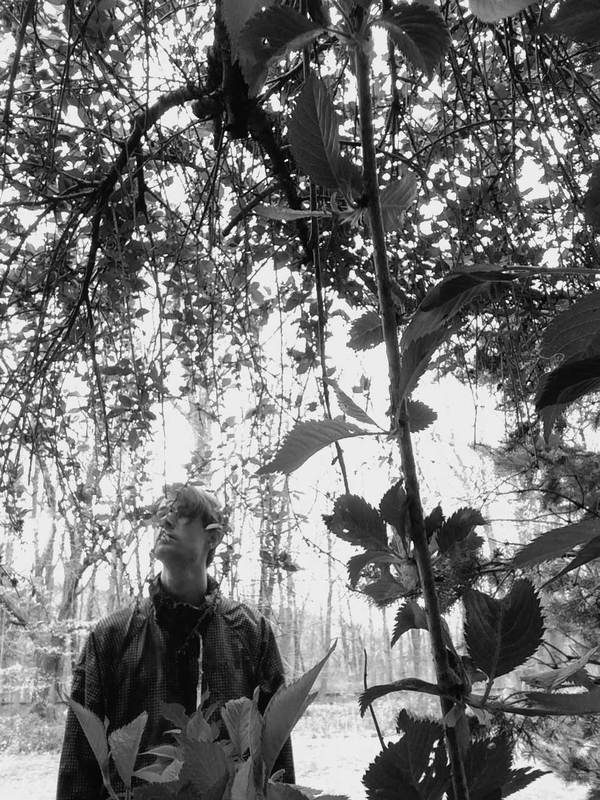 Tell us about Drono. How did the album come about?
As I said earlier, I wanted to make drone music, but, because that’s rather a phenomenon and I think kind of common, wanted to make drone music how I personally think it should be made. Drone as a rule is a very, very limiting stylistic form, so working within those frameworks to personify myself was actually weirdly liberating. I think in the end though the tracks aren’t so drone, they went a bit crazy, even though harmonically they technically are drone…maybe I failed my own assignment! haha

You were inspired by the liminality of water. How did you capture this in the compositions?
Well, the liminality thing was part of a press release written about the record, so maybe not so literally, but i did notice I turned around and all of the album tracks had water titles. My past album, Bahar meant “Spring” and also “Sea”. I am very inspired by nature in all its forms, so I am not sure how I arrived at the water thing exactly. There are bodies of water by my home that I often hike around. It was more subconcious than deliberately planned.

Your music might be considered experimental by listeners. How might those who have not heard drone music before approach this Drono?
I really dislike the word “experimental” in relation to my music, I think it implies a kind of free-for-all and not knowing what you’re doing, when in fact I have very specific ideas about sound and what the shape of the piece should be when I sit down to work on it, what mood I’m after. That being said, I do still involve some randomness or chance in my procedures, because you definitely need surprises. I like to think I make “art music” but for the everyday person, ie this is not some kind of academic elitist thing but it still is very sensitive in the treatment of the sound and unusual stylistically, while hopefully remaining approachable. I feel I have had some limited success with this, where coworkers or people who it might not necessarily be their thing have found their way to my music and appreciated it. This is what I’m after.

Which track did you find most difficult to complete and why?
I mixed the hell out of the entire record for almost a year, but “Wash” was the one that went through the most iterations before finding its final form. It is the centerpiece of the record and the most important one, to me.

Can you tell us one secret about Drono?
The Thomas Brinkmann collaboration came right at the end and was a dream come true. Definitely shed some tears of gratitude over that one.

Who’s on your watch list for the rest of 2016? Can you give us a top three new acts to see?
Don’t DJ, Peter Seligman, DIN//VOID.

What have you been listening to this year? Can you give us a top three records of 2016 so far?
Anohni - Hopelessness
AGF - Kon:3p>UTION to: e[VOL]ution
Don’t DJ - Gammellan.

If you could go back in time and give yourself one piece of advice, when would it be and what would you say?
Be more crazy, freer.

Finally, what’s coming up for the rest of 2016?
Couple more collaborations and releases, up to date info constantly shifts at derekpiotr.com/works.

Listen to and purchase Derek Piotr’s new album at lineimprint.bandcamp.com/.