Toronto-based Deanna Petcoff’s music tells the stories of broken people frantically searching for hope again. Her latest is ‘Stage Lights’, and we caught up with her to find out more.

I always say I write “happy songs about sad things”.

First up, tell us a bit about yourself - what first got you into music?
I started writing music at 11 years old because I had a lot of feelings (as one does), and music like that of Patti Smith, or David Bowie, taught me that I could use music as a cathartic, diary of sorts. While the root of why I play music hasn’t changed much, my voice has become more certain, and clearer to me.

I owe this, in part, to my experiences as Girls Rock Camp and in my first band Pins & Needles, that formed when I was 14, and became a core pillar of my musical exploration through my teen years. We disbanded after six years, which I view as a springboard into what I hope is a really inspired, exciting career.

Were there any particular bands or artists you took inspiration from?
Like I said, I find great influence in Patti Smith, and David Bowie. I also grew up listening to Joan Jett, Heart, and Paramore. More recently, I am inspired by Angel Olsen, and Alvvays. Writing these out it strikes me (but I guess doesn’t surprise me), that I gravitate towards strong female vocalists. Even my mentors, and local inspirations that were fundamental to my musical growth were primarily female-fronted.

How would you describe your style?
I always say I write “happy songs about sad things”.

If you could collaborate with any living artist who would you choose?
I would love to collab with Lizzo. I mean, stylistically we’re very different but her values, artistry and her voice are unparalleled right now. 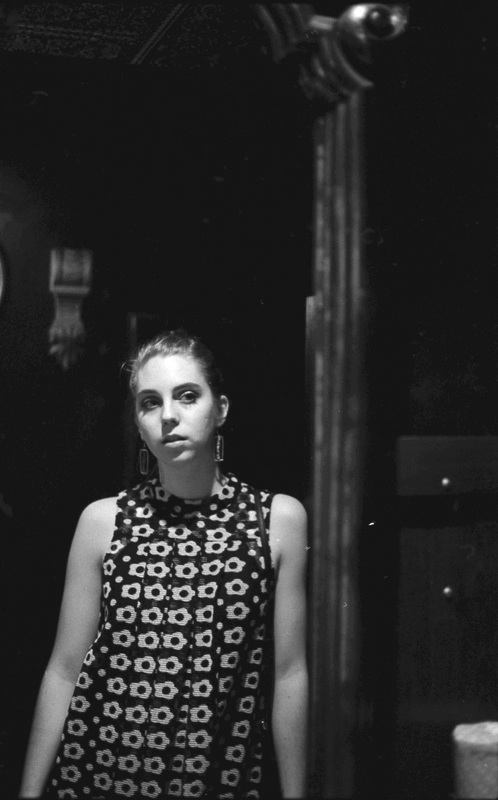 Tell us about your latest single ‘Stage Lights’. What’s it about?
While ‘Stage Lights’ wasn’t written until a year or so ago, the story really started three years before that. I remember the exact moment I was introduced to this man. I was at a backyard concert in the summer and it was the kind of muggy that is charming for the time of year. I had just broken it off with someone, and I was still trying to figure out who I was when I wasn’t with him.

But I was introduced to this man through a mutual friend because he was touring with her. They were both only in Toronto for one night before flying off to the next stretch of shows, and maybe it was because of that, but something sparked between us. For one night I got to flirt, laugh, and pretend I was someone braver than I was. Nothing happened, and I haven’t seen him since, but that night on the way home, this song poured out of me as a sort of “what if” fantasy.

What if I pursued him? What would it be like to be in love with a nomad? Can you get to know someone long distance? Could I be a stay-at-home wife? What if we both toured and never saw each other? Would I ever be happy?

The original version of this song was much gentler, and much more introspective. The underlying theme of this song evolved as I started dating again and fell in love. It started to include more of my fears of being a touring musician myself. I started to see the other side. Can I really handle having to leave my partner for weeks at a time? Will it eventually put strain on our connection? Will I let him down?

When did you write it and where did you record it?
I wrote it in my basement at my parents house late at night, and recorded it at Dream House studios in Toronto.

How does ‘Stage Lights’ represent your style?
Upbeat, yet somehow devastating: happy songs about sad things. It’s very on-brand for me.

What are your hopes for ‘Stage Lights’?
I hope ‘Stage Lights’ allows people to walk through that fantasy with me. I hope it hits people in the heart. I hope that it gives people something to scream to.

What other plans do you have for the rest of the year?
Cry less, write more. Also tour.

Finally, if you could wish for one thing to happen for you this year, what would it be?
Cry less, write more. Also release my record.

Listen to ‘Stage Lights’ on SoundCloud below. For news and tour dates go to Deanna Petcoff’s Facebook page.