Crash Adams are childhood friends who produce, write, perform, mix and master all of their music. They aim to make listeners feel nostalgic, yet inspired. We caught up with them to find out more.

‘Astronauts’ is the song that started all of this, so it’s only fitting we put it out first.

First up, tell us a bit about yourselves - what led you teaming up as Crash Adams?
I’m Crash, this is Adams. We’ve been friends for as long as I can remember. My uncle owned a studio my entire life so I’ve been surrounded by music ever since I was a kid. I’m convinced that Adams was born with a guitar in his hands. He doesn’t speak much, but wait until you hear him. We’ve always had fun growing up and we decided that it was time to create together.

Who do you take inspiration from?
Some artists that have helped shaped our lives are Eminem, The Killers, Earth Wind & Fire and Jimmy Page.

Why the name 'Crash Adams'?
To be completely honest, one of our favourite movies (I won’t say which) sparked it. It’s about a being that uses laughter, and positivity to manifest happiness and healing to people who may have given up, or have been steered down the wrong journey in life.

How would you describe your musical style?
I would describe our musical style as retro, yet futuristic. The music we’ve been waiting to put out is a little more pop as well as alternative. We try to remain unique while being inspired by music that has helped shape our taste.

If you could collaborate with any living artist or band, who would you choose?
Billie Eilish, for sure. I think our minds would work very well together, from what I’ve seen through her music. 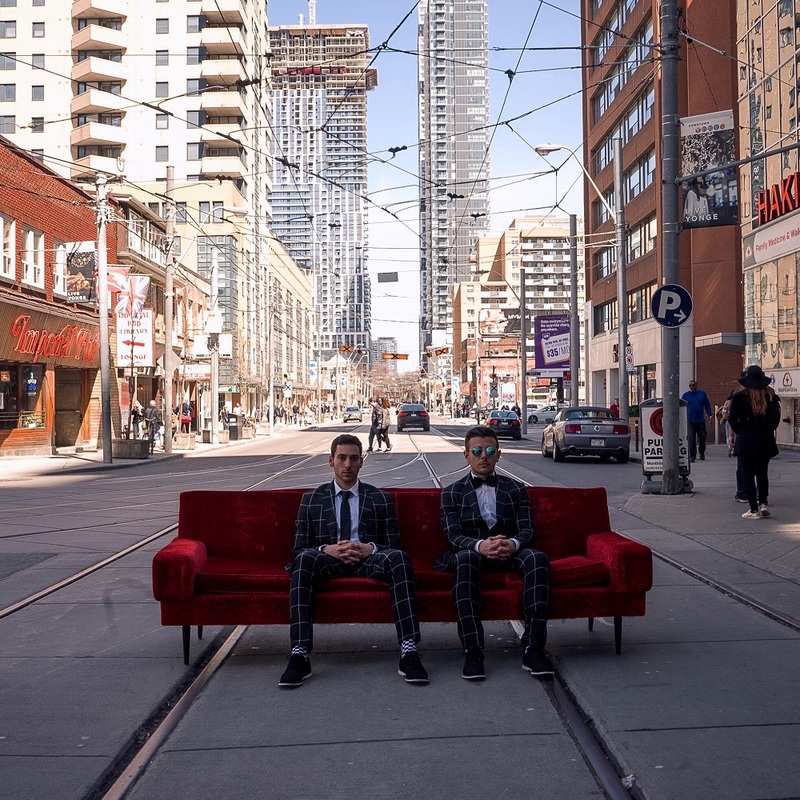 Tell us about your new album, what's it about?
To be honest we don’t have an album name yet, but ‘Astronauts’ isn’t out of the cards. This album is an adventure through our musical thoughts and feelings. There are some stories, feel good songs, and pretty unexpected songs, but we just let it play out in our minds.

When did you write new single ‘Astronauts’, and where did you record it?
We recorded it last August it in my Uncle’s Studio (Boom Studio). But we started writing it three years ago. It started out as a dance music song because I didn’t start singing until last June. Once I got better we recorded an acoustic… then we changed the lyrics, and then finally we restructured it and finished it.

How does ‘Astronauts’ represent your style?
It’s one of our more indie/electronic songs, but emotionally it captures everything we stand for. ‘Astronauts’ is the song that started all of this, so it’s only fitting we put it out first.

What are your hopes for 'Astronauts'?
That people will hear it and connect with it, whether it be with the lyrics, or the production, or those simple chords. Our music video is out so I’m hoping that people get to see our Astronauts Story.

What other plans do you have for the year?
We’re actually releasing our next single ‘Make It Last’ on August 16th, followed by a music video a few weeks later. Other than that we’re continuing to work. We have a bunch of music finished so we can’t wait to put it out.

Finally, if you could go back in time and give yourselves one piece of advice, when would it be and what would you say?
It would be at 16 and I would say read the book The Complete Reader by Neville Goddard.

Listen to ‘Astronauts’ on Spotify below. For news and tour dates go to crashadamsmusic.com.