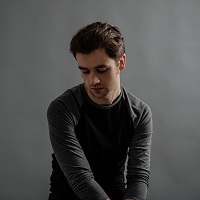 UK-based, lofi hip hop artist Confidential asks the question: can we create acceptance for mental health through music? We caught up with him to find out more about his music and mental health.

I think I’ll always try to contribute something to the conversation [about mental health and bullying] if I feel like I have something useful to offer through my own experiences.

First up, tell us about yourself - what got you into music?
I was lucky enough to grow up in a house with diverse music tastes, so I was always exposed to a lot of different music and that developed my interest in music. My Dad was really into the old rock ‘n’ roll artists like Elvis Presley, Buddy Holly and Gene Vincent. My Mum was more of a Stax Records and delta blues kind of person, so she used to play me old B.B King, Otis Redding and John Lee Hooker albums. My brother was a lot more modern and introduced me to heavier rock and metal music, so bands like Dillinger Escape Plan and Ghost. Between all of that, there was a lot of punk and grunge music, I remember being shown a lot of that stuff as well, mostly by my mum, I think she had the widest range when it came to what she listened to.

As far as hip hop goes, that genre, as well as reggae, were pretty much banned by my dad, he really doesn’t like that kind of stuff. Naturally, you can’t keep it out completely, so I heard artists like Mos Def and Jurassic 5 on old Tony Hawk video games and the Fox Terrafirma videos that my brother would show me. I liked what I heard, but never had the opportunity to really explore that stuff or even find out who those artists were until I started living on my own.

How would you describe your musical style?
The most basic description would be lofi hip hop or chill-hop, although I’ve started experimenting with vaporware a little bit, lately. But what sets me apart from a lot of other artists is that there’s a lot of focus on the guitar, which is my primary instrument.

I also mix things up a lot between using samples and organic instruments, to try and keep things fresh for the listener, and challenge myself as a writer and producer. 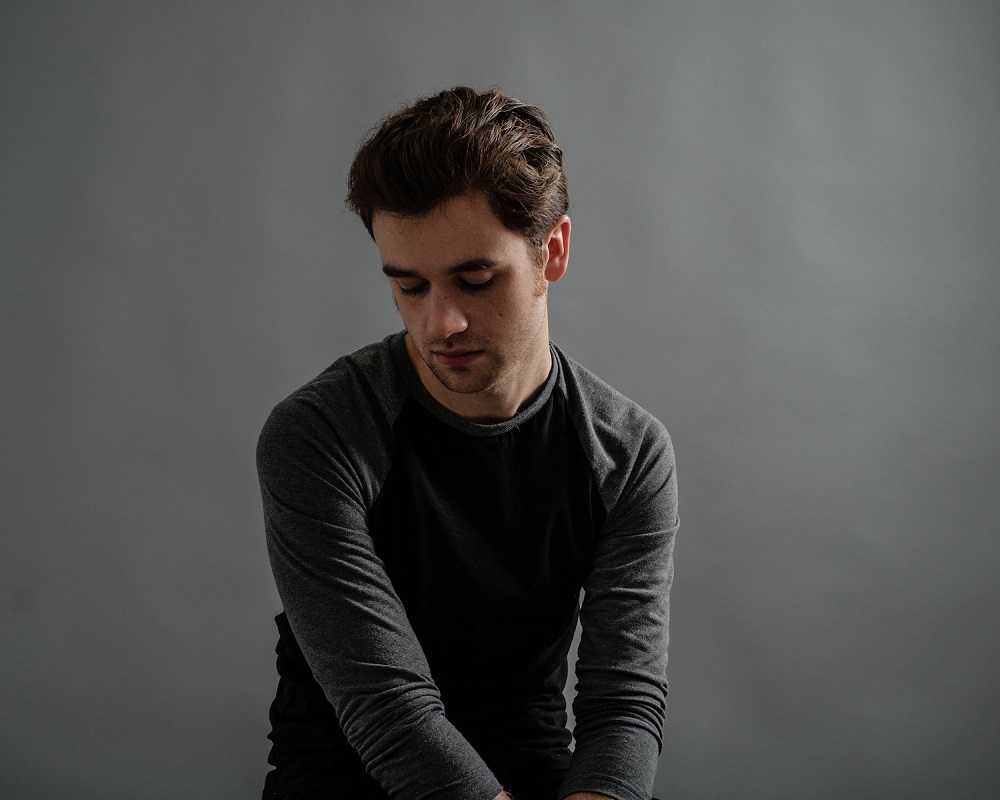 Were there any particular artists or groups you took inspiration from?
The big one for me is Larry Choppins, who was the primary inspiration for me to start doing this in the first place. He’s another lofi beatmaker with a lot of emphasis on the guitar. I’m not one for just naming off a list of artists, I mean of course I find inspiration in Jimi Hendrix.

It’s probably a little more interesting for me to say that I try to take inspiration from artists that I discover and people that I meet: there’s a lot of analysis that goes on when I’m listening to a new artist. One that always surprises people is Daisy Chute, because she’s a folk/americana singer-songwriter, but I really like the notes she uses, her phrasing and the way she leaves space in her vocal melodies. It’s just stuff like that I’ll notice and want to emulate it in my music to try and understand their music better while improving my own skills at the same time.

Something that people expect a bit more is when I mention an artist like ShoPaRo, who’s another lofi beatmaker and a friend of mine. I’m always trying to emulate his production style, which uses a lot of natural acoustics and technical know-how to achieve the sounds he does.

What were you doing before making music?
I’ve been in various bands and have been taking music seriously since I was 16, but before that I always wanted to race motocross bikes. My dad was pretty much raising my brother and I to be pro racers. I ended up having a few serious injuries in a short space of time, including concussions and a broken pelvis.

The one that really made me rethink my future was when I broke my wrist and my left hand was temporarily paralysed. I was already getting quite serious about playing guitar at that point, so I had to make a choice at that point.

Where did the name ‘Confidential’ come from?
It’s part parody and part juxtaposition in that a lot of lofi beatmakers hide their identity behind pseudonyms and artwork, meaning their birth names are confidential information. Some artists have told me their name, but asked me to keep it private. Whereas what I’m doing is putting my face out there as much as possible, even on the cover art of my music, and letting my real name be public knowledge. It’s the opposite of what a lot of artists do, so I guess the name is almost ironic.

If you could collaborate with any living artist, who would it be?
Chali 2na. Ever since I saw him performing live in Brighton with Krafty Kuts, I knew that he’d be an absolute joy to work with. He’s a total veteran of the scene and played some truly amazing venues, but there he was in a small venue in Brighton having the absolute time of his life. I think we could both push each other to new limits. 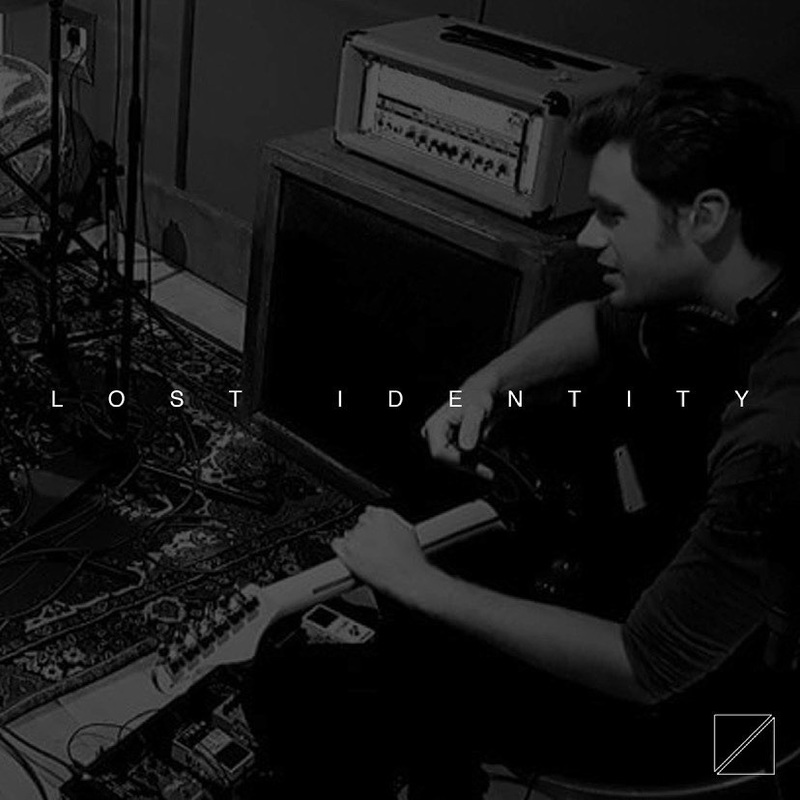 You mentioned before that you want to promote mental health awareness. What’s your aim with that?
Simply put, mental health is a taboo subject that people actively avoid talking about it. Some of it is purely due to not wanting to trigger others or not knowing what to say or ask, which I totally understand. However, there are those who don’t take it seriously or even say it doesn’t exist. For me, I want to promote the idea that it is normal to talk about it and it is normal to ask ‘Are you OK?’. I want people to feel safe and free from judgement when they ask for help. And I also want people to feel confident in providing help when somebody does ask for it. Unfortunately, there’s no single solution for this hugely ignored global issue, meaning we do need to make the effort to educate future generations.

When it was my time to ask for help, there were certain people that I didn’t want to talk to because I felt like they wouldn’t understand or accept that I had something wrong with me that couldn’t be seen. And yes, it is ok to say that there is something wrong: I felt suicidal and couldn’t control my eating habits, those were the things that were wrong with me, and so I wanted help to stop feeling suicidal and to get my binge eating under control.

Looking at your Facebook page, you’ve made your feelings known on certain situations and issues that have arisen in the world. Is it your intention to be outspoken about worldwide issues?
I think I’ll always try to contribute something to the conversation if I feel like I have something useful to offer through my own experiences. So that’s mostly things like mental health and bullying. I remember at least two articles you’re referring to, one being a child who acted out towards bullies and the other being how Covid exposed new age narcissism.

The interesting part about both of them is how they’re related to childhood and formative years. Earlier I mentioned about how we should be making an effort to educate future generations, and I say that because it’s easier to form ideas and beliefs than it is to change and manipulate existing ones. We have millions of neurological connections as a baby, and the ones that strengthen, weaken or perhaps even disconnect completely are influenced by the environment that we grow up in: if we grow up in a happy, loving environment, those neurological connections associated with empathy and happiness will strengthen. In an angry and harsh environment, they’ll get weaker. So if you’re trying to teach empathy to adult who’s never experienced it in their life, you’re in for a tough battle.

It is so important that we teach children about emotions, empathy and mental health and all that kind of stuff from an early age because it’s a lot easier then that it will be when they’re an adult.

Tell us about your latest release. What’s the inspiration behind it?
My latest release was the first single from my upcoming fourth album. The beat is called ‘Lost Identity’ and my life and mental health between 2019 and 2020. On April 4th, 2019, I quit a band I’d been playing with for years. I was the main songwriter, source of finance, producer, marketer, and more. It was a huge part of my identity that I put everything that I had into, and all of a sudden it was gone: I had no identity.

That same day, a very close family member had a heart attack and probably should have died. Luckily, they made it through, but it was really scary. After a year of trying to get a new music project started up and being constantly let down by others, I pretty much decided that I was done. I was burned out, struggling with post-natal depression and ready to end my life. It was only thanks to the inspiration from Larry Choppins that I mentioned before, as well as the actions of my wife and old guitar teacher that I started to embark on this lofi journey.

So this track is a representation of how I felt during that period of time, with a bit of hope sprinkled in with that trumpet line, for when I did start making beats and rediscovered my love for writing music and creating a new identity for myself.

I understand you have another single coming out soon, can you tell us about that?
My next single, named ‘Kickstart’, will be released on July 30th. It will be very different from my last single, Lost Identity, as I wanted to give everyone a taste of what to expect from the new album: expect the unexpected. It’s much more upbeat, with more intensity and a bouncier attitude. And a lot more guitar, as well!

How’s the rest of 2021 looking for you?
Exciting and busy! I’ve got my fourth album, The Search For… coming later this year. I’m also working on two other Confidential projects that I can’t really talk about today, but I definitely recommend everybody follow me on Instagram and Spotify to find out about it first. You really won’t want to miss this stuff!

Finally, if you could go back in time and give yourself one piece of advice, when would it be and what would you say?
There’s no such thing as winning, losing or failing: there is only learning.