Norwich-based rapper/producer COLL was born in Zimbabawe and moved to the UK when he was eight years old. A hip hop obsessive, he’s performed at festivals such as Latitude and Sundown, and even set up his own label: True Music Records. We caught up with COLL to chat about his new single ‘The Keys’ taken from EP Blue Magic 2 - both out today.

‘The Keys’ was something that I’ve always wanted to make in terms of a song that’s lyrical, motivational and still sounds good on production.

First up, tell us about yourself - what got you into music?
I got into music after I got an invite to a studio session with some friends. It was interesting and I fell in love straight away.

Were there any particular bands or artists you took inspiration from?
I think Jay Z was key, Biggie Smalls, Outkast and Wretch 32 was also someone I looked up to a lot.

Why ‘COLL’?
COLL originally meant Creative Original Lyrical Legend, so I just stuck with it and it suited me.

How would you describe your musical style?
Eclectic, I have a broad selection of sounds, but the message and purpose always stays the same. 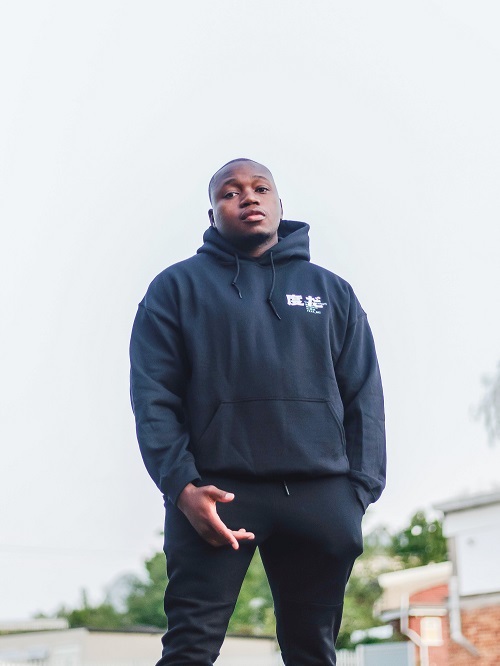 If you could collaborate with any living artist, who would it be?
Timbaland and Jay Z, simply because of the hits they have made and I would definitely learn a lot.

You’ve set up your own label, True Music Records, and secured funding from the Arts Council England. What can we expect from the label and this venture in the near future?
When the doors open again for events, True Music will more active and we have some big plans and some big names that have already agreed to come to Norwich for our events. It should be exciting, especially for our scene and possibly beyond.

Tell us about your new single ‘The Keys’. What’s the inspiration behind it?
‘The Keys’ was something that I’ve always wanted to make in terms of a song that’s lyrical, motivational and still sounds good on production. Listening to a lot of samples made it easier for me to make. The main purpose here is to give people something they can listen to on repeat and still get excited about.

When did you write it and where did you record it?
I wrote, recorded and produced the whole song and the Blue Magic 2 EP at my house, during lockdown. It was a fun process.

How does ‘The Keys’ represent your style?
I think ‘The Keys’ represents everything you need to know about me as an artist. The production, subject matter and my vision for the future. It’s all about self belief, having fun and self motivation and that’s what I’m about.

What are your hopes for ‘The Keys’?
The main thing for me is for people to be entertained and if they can be motivated at the same time that’s a win for me.

How’s the rest of 2020 looking in what’s becoming a crazy year?
For me, I think the best thing I can do is to continue to make and release music. My EP is out now so I will be working on music videos for each song too. I just hope I don’t spend Christmas in lockdown. Fingers crossed.

Finally, if you could go back in time and give yourself one piece of advice, when would it be and what would you say?
It would be 2016, I struggled a lot with self confidence and finding myself. I would advise myself to stop worrying about things I cannot control and just focus on being happy.

‘The Keys’ is released as part of COLL’s EP Blue Magic 2 today. Listen to both on SoundCloud below. For the latest, go to COLL’s Facebook page.