Hailing from Cornwall, Charlie Bowdery is a writer, producer and performer of beats, melodies and words. His latest single, ‘Too Real’ is produced by OGKAY, was the first he wrote for new album Clockwork - we found out more.

First up, tell us about yourself - what first got you into music?
Hi guys, I’m Charlie, 22 years old and an independent artist from Cornwall. Been writing, recording and performing since I was 14, started playing guitar when I was eight. A massive love of hip-hop and rap took me away from guitar and into producing which is the path I’m on now, I just love the creative process of creating beats, layers and building a song in the studio, ahh the power of a MacBook and Pro Logix X!

There’s no doubt my parents were my main musical influencers, our house has always been a party house, my Dad is a drummer, always in bands so I’ve been surrounded by music and musicians forever. Mum and Dad took me to Glastonbury before my first birthday and have been taking me to festivals all my life, now they come to festivals and watch me! I played my first main stage slot at Nass Festival this month which was incredible and so cool to see Mum and Dad in the crowd.

Were there any particular bands or artists you took inspiration from?
Oh absolutely, I listen to and respect all genres of music, but hip-hop, rap, ska, soul and RnB is my music. I love Prince, Marvin Gaye, James Brown, Beck, Sublime and especially old school 90’s hip-hop! My Dad would play, Eminem, Gang Starr, Beastie Boys, Biggie, 2Pac, Ice T, Public Enemy, NWA etc, no doubt these artists have influenced and contributed to my sound.

How would you describe your musical style?
No doubt the main elements of my songs are hip-hop and trap, but I like to infuse a hooky and catchy chorus, and always a strong melody within my tracks, and I feel like my lyrics and sound give them a new fresh unheard vibe!

If you could collaborate with any living artist, who would it be?
It would have to be M Huncho! I’ve been following and listening to him for so long, he is, without-a-doubt, the waviest UK artist out at the minute in my opinion, and I feel like our styles would come together so well and would 100% make a banger! 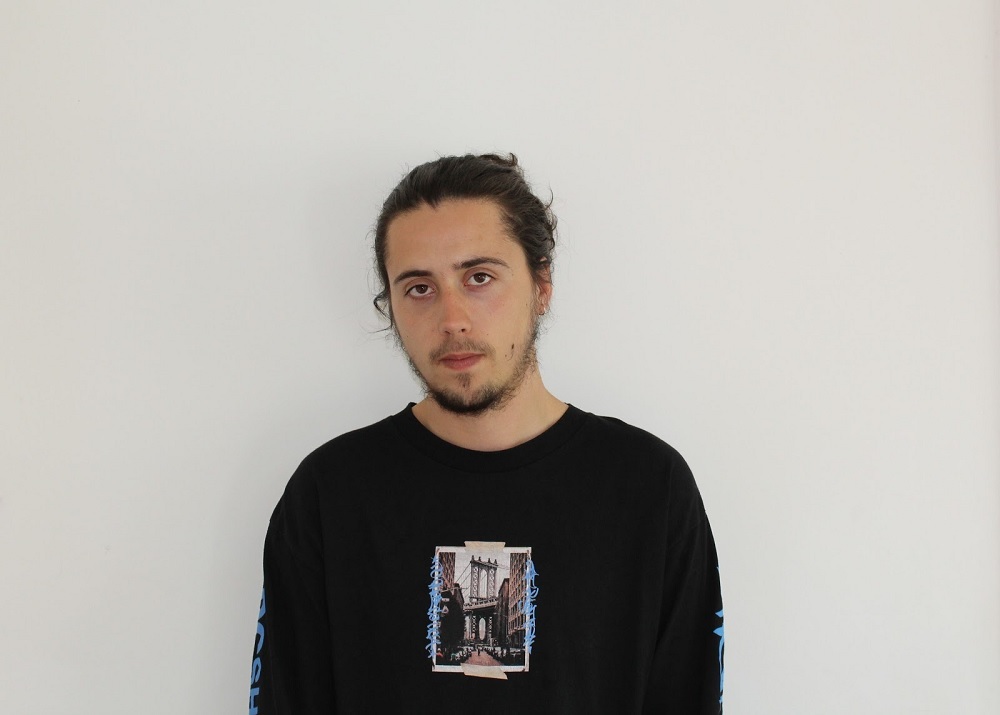 Tell us about your new single, 'Too Real'. What's it about, what are its themes?
Everyone can relate to wanting something so badly and being so close to achieving it, but having to deal with the constant setbacks, knock-backs and the stress, anxiety and self-doubt that go with that. But all the time having a deep-rooted self-belief and conviction that you can and are going to achieve it. “Can’t wait for the day I tell my Momma I made it”. Ultimately this song is for everyone out there with a dream, so fuck the haters, you will do it. “Positive vibes cause’ it is what you make it.”

When did you write it and where did you record it?
I wrote and recorded the track from my home studio at the beginning of the summer, collaborating with Italian Producer OGKAY. Woking with him has been an inspiration and together we have taken my music to another level. It was one of the first songs I wrote for my 12-track album Clockwork, which is also now available to stream and download on all platforms!

How does 'Too Real' represent your style?
For me, It’s one of the most upbeat and accessible songs from the album, with a positive vibe, and incapsulates all of my styles and influences into one song!

What are your hopes for 'Too Real'?
I’m just happy for as many people to as possible to hear it, because I really believe that the lyrics and message will resonate with not only people my age, but anyone who is going through similar situations, whether it be work, friends or just life in general. I can’t deny getting it on the radio would be nice too!

Finally, if you could go back in time and give yourself one piece of advice, when would it be and what would you say?
Take the music seriously but don’t take yourself too seriously!! Oh, and definitely, when you’re touring, stay on mates’ sofas because hotels are f!cking expensive.

Listen to ‘Too Real’ on SoundCloud below. For news and tour dates go to the Charlie Bowdery Facebook page.