Collaborative dance project Camden Place released their atmospheric debut single ‘Will I Make It To Springtime’ late last year, and are currently gearing up to release another collaoration with Magician’s Assistant and Gráinne Hunt. We caught up with Camden Place’s Irish songwriter Seán Silke to find out more about their life in music so far.

‘Will I Make it to Springtime’ is an optimistic song, very appropriate for the pandemic and comforting us in a period of great emotional stress.

First up, tell us a bit about yourselves - who are Camden Place, and what were you doing before making music together?
Camden Place is a dance collective, put together six months ago by busy independent producer and musician, Rohan Healy, and me. In the past, I had hired Rohan from time to time to provide studio / production services. In particular, we had worked intensively on a 14-track album project (of Americana material).

I have had an interest for many years in dance music and had noticed Rohan’s increasing proficiency with a number of pop singles he had issued through his label, Beardfire Music. So I approached him about recording a number of dance singles. To date, we have issued ‘Too Much Space’ and ‘Polishing Chrome’ (both on the Swedish label, PR Records) and, of course, ‘Will I Make it to Springtime’ (on Beardfire). A further single, ‘A Life in Photos’, is coming out soon on DaCosta Records.

Who did you take inspiration from?
Lyrics are important to me. I generally write a complete set of lyrics first, and then decide on the genre of song I want to create and take it from there. I get ideas for song themes from movies, continental tv crime thrillers, books and people-watching.

I always carry a notebook with me so that I can jot down a phrase or describe an emotion which I can work on later. When I feel an emotional response to something, whether in real life or in the imaginative world, this gives me the impetus to get the core of a new song under way.

Why the name ‘Camden Place’? What do you stand for?
Camden Street is a prominent city centre thoroughfare in Dublin noted for bohemian shops and restaurants, as well as pubs and clubs. I have always enjoyed the rather down-at-heel vibe of the area. Camden Place is a minor side street.

I had written a dance song some years ago called ‘Sea of Dreams’ which specifically referenced Camden Street; the song ended up on a dance album produced by Chris Kabs (“Unlucky in Love”) and the lyrics continued to resonate with me. Here is the verse which name checks the district:

How would you describe your musical style?
Essentially, my style is melodic and romantic. If you look back on some of my earlier material, this is very evident.

Elaine Cosgrove recorded a 14-track album of my songs a few years ago called Unexamined Emotions. DJ producer Chris Kabs did a fantastic job on the arrangements (even though the compositions were well outside Chris’s normal pop/dance comfort zone). You can see from this album that I have a great fondness for strong romantic themes with often detailed “story” lyrics.

My ambition since then has been to transform songs written in a traditional pop structure to strong dance anthems. Chris worked with me on a separate dance album project (Unlucky in Love by Seán Silke) and these 15 recordings showcase our attempt to deliver a collection of intelligent and fairly deep dance songs.

You can check out these albums on Spotify: listen to Unexamined Emotions or Unlucky in Love.

If you could collaborate with any living artist, who would you love to work with?
I am a very productive songwriter, but am less than confident about the musical arrangement end of things. So collaborating with talented DJ producers is a keen ambition of mine.

In the top ranks of DJs, I admire Duke Dumont and Gorgon City. Recently popular artists who have impressed me are Paul Woolford and Regard. And, of course, who wouldn’t like to work with legends like Nile Rodgers and David Guetta?

I enjoy working with female singers and we are spoilt for choice on the Irish scene where there is an absolute wealth of talent. Top of my list are Loah, Shiv, Tolu Makay and Soulé.

Tell us about your debut single ‘Will I Make It To Springtime’. What’s it about?
The song deals with end of life issues, really. It includes elements of hope and resignation (“I value each extra day / Sun creeps into the bedroom / Contented I turn the page”). There is that element of being in love with life and longing to remain (“Will I make it to springtime? / I want to live some more”). And there’s that feeling that you still have something to contribute (“Do I have much else to say / Something I need to pass on?”).

Of course, a songwriter can have certain ideas and emotions in mind but the actual recording can bring the listener to quite a different place. I feel that – thanks to the unusual arrangement and Gráinne’s great vocal - ‘Springtime’ is an optimistic song, very appropriate for the pandemic and comforting us in a period of great emotional stress. 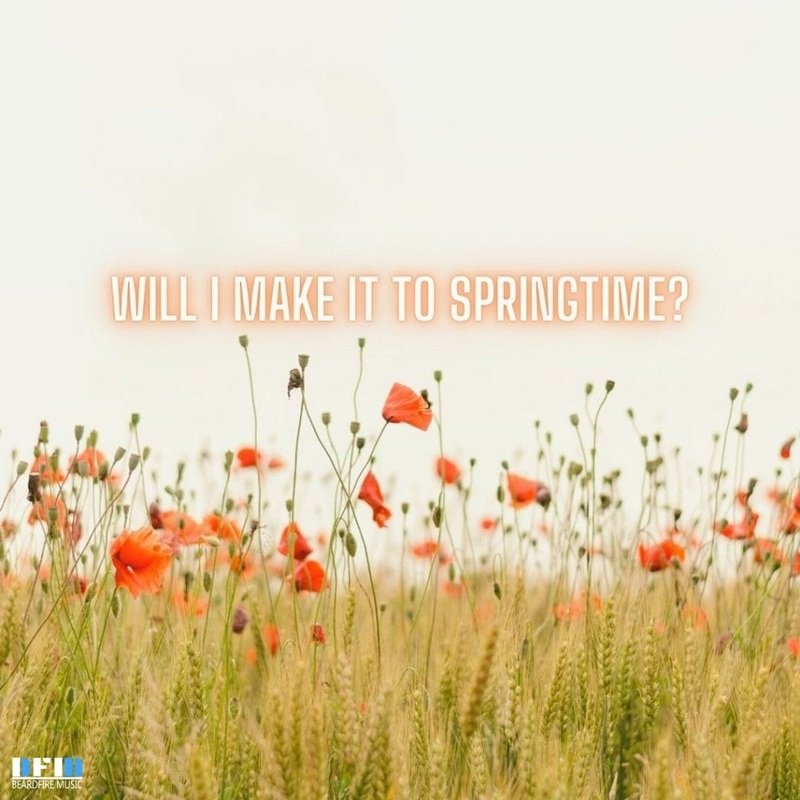 When did you write it and where did you record it?
‘Springtime’ was written two years ago and we recorded it in the Beardfire Music studios in Ballsbridge, Dublin. We like to work in four phases – write a basic instrumental track (preferably obtained from our collaborating musician); work in the studio to layer on more elaborate instrumentation; get in the singer and record the vocal; and, finally, adjust or add to the musical vibe of the track, complementing the tone and quality of the vocal. We get our mixes mastered in London.

How does ‘Will I Make It To Springtime’ represent you?
Strictly speaking, ‘Springtime’ was our first venture into electronica, as Camden Place is primarily a charts-oriented dance collective. So the recording is not entirely representative, though we plan to record more music in a similar vein.

When we approached Magician’s Assistant proposing a collaboration, we had only a vague idea of what musical ideas he would provide us with. When his instrumental backing track arrived, we were delighted with the originality of the approach; and our subsequent work on the song was highly influenced by the electronica vibe.

Of course, we had worked extensively with singer/songwriter Gráinne Hunt before so we knew she would deliver a moody and haunting vocal. On the back of what was a very rewarding experience creatively, we now have another Magician’s Assistant collaboration in the can (‘A Life in Photos’) and this track will be released in late January or early February.

What response has ‘Will I Make It To Springtime’ got so far?
‘Springtime’ has got a very gratifying response from online bloggers and the music press, not to mention decent local radio exposure. A couple of sync publishers are also showing keen interest (the non-vocal version of the track is ideal for certain types of television drama series).

We would like to have better streaming numbers, but take comfort from the fact that breaking any new band requires patience, a steady sequence of new releases and the all-important piece of luck! And we are really proud of how good ‘Springtime’ stands up to repeated listening.

Do you know what your next release will be? Can you tell us about it?
As mentioned already, we are once again collaborating with Magician’s Assistant and Gráinne Hunt with a song called ‘A Life in Photos’. The Derry dance label, DaCosta Records, is handling this release.

I am a big fan of Scandi Noir thrillers. “A life in photos” was inspired by a scene in the series, “The Tunnel-Vengeance”, broadcast on Sky Atlantic. Lana Khasanovic has spent a decade looking for her missing son, presumably trafficked from Bosnia. There is a terrific scene near the end where a now imprisoned Lana goes through a small collection of photographs documenting her “lost” son’s now contented life (as an adored adopted son).

Here is a flavour of the lyrics -

She did what she had to do Chasing the past / Hunting a dream long over Sits in a prison cell / Search at an end Reviewing a life in photos”.

It’s a moody haunting track and I am delighted with how well this second collaboration worked out.

What are your other plans for 2021 under challenging conditions?
The aim for 2021 – COVID permitting – is to issue up to eight new tracks, each one involving a collaboration with DJ producers both at home and abroad.

Rohan and I regularly consult playlists (as well as contacting artists on the two labels where we already have a presence) and we reach out by email to DJs whose style we like. Now that we have a track record of issuing quality work, it is surprising how willingly musicians respond to “cold calls”. And the beauty of this approach is that we are constantly challenging ourselves, taking a fresh look at our songs and being open to reinventing these compositions in the studio.

Finally, if you could go back in time and give yourselves one piece of advice, when would it be and what would you say?
“Be productive, be collaborative and get a reliable mentor.” This is something, in hindsight, I should have said to myself ten years ago.

Most of us creative types are not first rank artists. We have certain skills but we need to be complemented by other talents. Realising where your gaps exist at an early stage is a real gift. I tried too hard to be a one-man show. Nowadays, I am more than happy to be part of a collective!

Listen to ‘Will I Make it to Springtime’ on SoundCloud below. For the latest, find Camden Place on Spotify, or head to seansilkesongwriter.com for more about Seán’s projects.