Bought It For The Bottle

Reading-based indie rock band Bought It For The Bottle has just released new single ‘Statues’. We caught up with them to find out more.

Four young guys making music, working things out about our lives, and the world we live in.

First up, tell us a bit about yourselves - who are Bought It For The Bottle, and what were you doing before making music together?
We are a four-piece indie band, based in Berkshire. We rehearse and play in Reading quite a bit, so consider that our spiritual home. Our line-up is, Liam on vocals and bass, Bradley and Jack on guitar, and Chris on kit.

Before making music, we were all school mates, and we’ve always been making music together, whether it was in our school’s jazz orchestra, or our seven-piece funk covers band. We formed Bought it for the Bottle in 2018, when we grew tired of playing other people’s songs - it just wasn’t satisfying!

We needed to express ourselves and write about issues that were important to us a group. Four young guys making music, working things out about our lives, and the world we live in.

Who did you take inspiration from?
Liam: Inspiration takes many forms for me, but I’d say mainly through film. I’m a massive fan of the Coen Brothers, and I admire their use of contrast and abstractness to create a broad yet still very personal message. It’s harder to do in music I think, but storytelling through song writing is something we’re working on and I think as an art it cannot be understated. 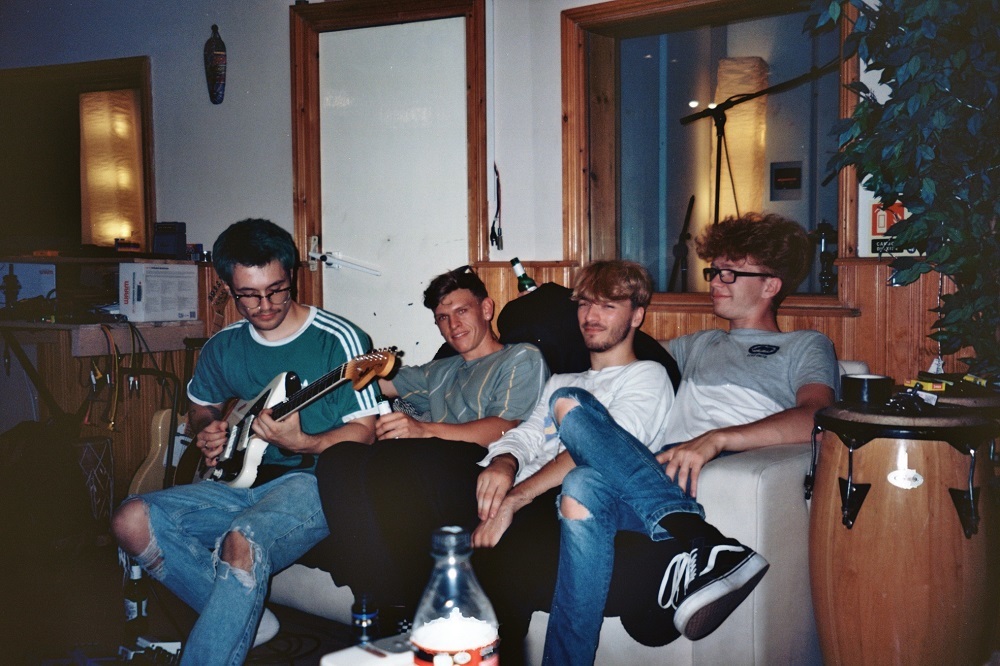 How would you describe your musical style?
Liam: Our style is based very much on where we all get our personal musical inspiration from. We’re combining some very disparate styles. Obviously aside from rock and its encompassing genres, Chris and I are both big fans of grime and hip hop, which I think brings out a kind of, ‘saying it how it is’ aspect to our music.

Our experience with jazz, funk and other early dance music also feed into our sound. And we sort of meet in the middle, with a soulful, playful sincerity.

If you could collaborate with any living artist, who would you love to work with?
Bradley: I think we’d all agree that if we could collab with one artist it would have to be The 1975 and vocalist Matt Healy. They have the most diverse range of songs in my opinion, and lead the way in the new age of indie’s production and song writing, using the ideals and struggles as a basis.

Liam: If I could collaborate with anyone, I think it would have to be producer Mike Crossey, who produced some of my favourite ever rock albums.

It would be betraying my younger self to say anyone else, as I was obsessed with The 1975, as I think we all were at one point or another. You have almost definitely listened to a Mike Crossey production, however unknowingly. I love his cinematic style and deep, wide mixes, I’d love to see what would happen if we collaborated, if ever I stopped fangirling.

Jack: I have a little hit list of all the producers I would love to work with. Carlos de la Garza is up there, he did my favourite HUNNY and Paramore albums. Jay Joyce who did COIN’s debut album, and some of Declan McKenna’s stuff, and BJ Burton who worked on most of Hippo Campus’s recent material.

Fun fact, Liam and I had an email dialogue with him once. We were shocked he replied to our dumb question, which was “Hey man, how do we get our music to sound better like you?” Ha ha, but seriously though, he was lovely about it.

Chris: Got to be The Night Café for sure. Love their vibe, and their kit sound!

Tell us about your latest single ‘Statues’. What’s it about?
Liam: ‘Statues’ focusses on the story-telling aspect of our music. After hearing a demo of the song that the boys sent me, I knew it had to be retrospective.

I re-vamped some lyrics I had written at the beginning of my previous relationship, wanting to capture the feelings at the start of something new, and the contrasting emotions, three years later. That’s why the chorus conveys an extremely excited and positive outlook, and the verses are more pessimistic and sarcastic! 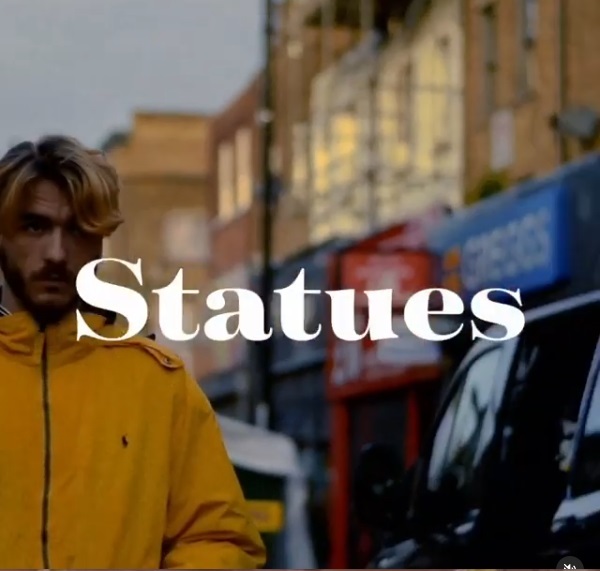 When did you write it and where did you record it?
We finished writing ‘Statues’ in early 2019, even though Liam had sat on a version of the chorus lyrics for a few years. After gigging the song for nearly a year, and making loads of tweaks, we decided to record it at Numen Studios in Addlestone. It was a learning curve to arrange and play the song for recording instead of for a live gig. Our producer Ethan Ramsay, helped us a lot with that side of the song.

How does ‘Statues’ represent you?
Jack: I think ‘Statues’ represents us well, sonically, aesthetically, and thematically. We went with a post-punk, grungy, skate aesthetic for the cover design and release campaign. I love this look/feel and want to continue to use it for the band. I think post-punk influences also really shine through in the song. It’s like a standard, nostalgic, indie bop, but with a little bit of weird added to the mix. And I think we only intend to get weirder with time!

The sarcasm of the song really represents us, our attitude to life, and our sense of humour. ‘Statues’ is the planet in the Bought it for the Bottle universe, and we’re dead happy with it.

What are your hopes for ‘Statues’?
Chris: We recently signed to South East based “Not Yet” records and wanted a banger of a tune as our first release with them! We’re experimenting and moving in a different direction musically, and want ‘Statues’ to appeal to our current fans, and hopefully attract some new ones. We’re really pleased with the attention is got so far, in the UK, but also in Australia, Canada, and parts of the USA!

What are your other plans for the rest of this crazy year?
Jack: We’re mostly gonna squirrel away for the winter, work on some new music, and got have some studio time booked in December. We’ll have some new tunes in 2021, and gonna get ready to smack everyone in the face with something big next year! So, if you don’t hear from us don’t worry, we are alive and hard at work.