Bonnie Li is a dark trip-hop duo formed of Bonnie and Elia M. Their new EP, Plane Crash, assembles a collection of Bonnie’s eclectic cultural experiences and musical influences. Her global network of musicians enabled her to team up with Elia M, who infused industrial techno and tip-hop into her music. We spoke to Bonnie about their new release.

I get my inspiration through my travels, people I meet, or just a mood that’s hanging there since a few days. It’s like a short movie that’s playing in loop in my head, that I need to draw the soundtrack to.

First up guys, tell us bit about yourself - what were you doing before Bonnie Li began?
We’re a Berlin based Dark Pop-Trip Hop French duo, composed by Elia M & myself. Originally a solo project, it’s in 2013 that I met with Elia in Paris and we decided to team up. I’m since then more free to express myself on stage, taking care of all vocals (looping myself live) and some glitches on the sampler, while Elia launches the beats and effects.

Before that, Elia was in the Techno scene, touring with his Live Act Sycomor, and me I was traveling the world, between Hong Kong, San Francisco, Montreal and Paris (studying music among other little weird jobs I was doing).

What was the first style or genre of music you really got into? Was their a particular song or artist who inspired you?
For my part, I’d say folk and Jazz-Blues. I was really into Tim Buckley and Billie Holiday. The way he wrote, and the way she sang, real big bang for me.

Elia’s first love was Metal music. That’s how he came up to pick up the guitar. “Master of Puppets” (Metallica) is still today in his Top 5 Best Albums.

If you had to describe your sound as a personality, how what would it be?
Romantico-Tormented. 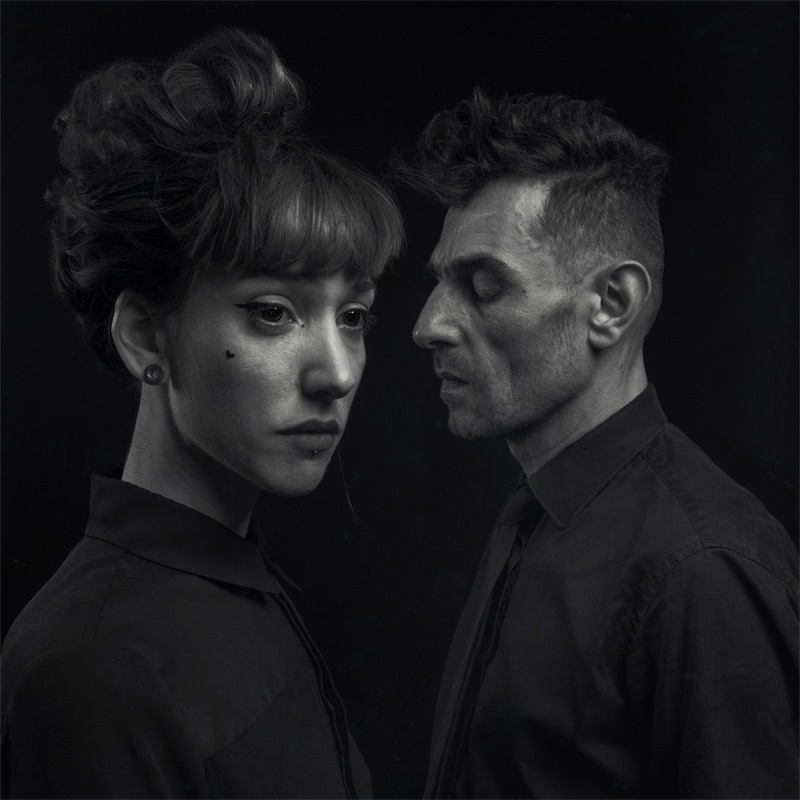 What would you say makes Bonnie Li unique?
Perhaps the mix between aerial vocals and heavy beats. The very different environments / cultures we come from: I grew up in China, Elia in the suburbs of Paris. Our musical backgrounds are so different, yet complimentary.

How do you create your music? Is there any kind of routine that helps?
I compose the songs and lyrics and then bring the 1st drafts to Elia, and together we work on the arrangements. I get my inspiration through my travels, people I meet, or just a mood that’s hanging there since a few days. It’s like a short movie that’s playing in loop in my head, that I need to draw the soundtrack to.

What was the most significant moment of 2017 for you and why?
Signing on our Swedish label Icons Creating Evil Art (Big up to Carl Marcus!)! because it took us a long time to find a fitted label for us, and we’re very happy with this collaboration.

What have you been listening to this year? Can you give us a top three records of 2017 so far?
Bonnie: William Onyeabor, some classics of Debussy (and a lot of Mexican love songs).

Both, our top 3 2017 albums are: the last record of Chelsea Wolfe Hiss Spun, La Nuit se Lève from Al’Tarba and Endangered Philosophies from Dälek.

If you had to pick one act to see live, who would it be?
Jim Morrison.

If you could collaborate with any living artist, who would it be?
Without hesitation: David Lynch.

How is 2018 shaping up for you? Where can we see you play?
Pretty well! We’re currently working on our debut album, so this period is quite exciting for us, our days (and nights) are spent in our Berliner home studio. And as where to see us play, we hope to be playing all over Europe! (we’re currently looking for a booking agency).

If you could pick any venue or festival to play, where would it be and which slot would you most enjoy?
Dour Festival - La Petite Maison dans la Prairie.

Listen to ‘Plane Crash’ on SoundCloud below. For news and tour dates go to airbonnieli.com.