Sheffield’s Blossomer will follow up debut single ‘Foreign Nature’ with the release of EP HLLW on Friday, January 11th. We caught up with lead singer Alex Crabbe about their history, new music and further plans for next year.

I have recorded HLLW all myself in various home studio set ups. It was quite nice rolling out of bed and recording some vocals with a coffee.

First up, tell us bit about yourselves - what led you all to forming Blossomer?
We met when we were all at university in Sheffield. We were in student halls and I was in a flat next door to Rob and (Alex) McKay. All of my flat seemed to be playing music, that to put it politely, I couldn’t stand. So when I heard them blasting out The Beatles next door one evening, I though, ‘yeah, that’ll do’. So I popped over, we became good friends and we discovered that we’d all previously been in bands and were looking to start something new.

Who did your take inspiration from?
I don’t think we could pinpoint where we took direct influence from, but Sheffield as a city probably had a big impact on us. We were in our early 20s and we were well aware of the local music scene so it was just good fun being involved with it all.

Why the name ‘Blossomer’?
I remember we were sat writing down lists and lists of words that we liked. Blossom seemed to stand out to us. Within a few months or so, that other band Blossoms took off massively, which made it quite confusing when people asked about us! But, a band name is just a band name, what can you do?!

How would you describe your musical style?
I think it is safe to say we have always been a massive fan of space within music. I personally take a lot of influence from film scores and stuff, as I have been working in film for a while now. We also take influence from quite lo fi, hip hop, trip hop stuff, which is probably quite noticeable in the production on some of the drums on the new EP.

If you could collaborate with any living artist, who would you collaborate with and why?
Pretty tough question… I guess it would just be fun to work with a really good producer. Richard Formby? Jamie xx is a bit of a force, isn’t he? Maybe ask Massive Attack to help us out with some beats.

You’ve played regularly at Tramlines festival. What makes that festival so special, and how has the crowd watching you developed?
It is special because it played host to our debut gig. We got a really good slot because our old manager helped curate Tramlines, so we played upstairs at The Great Gatsby at, like, midnight. We were pretty tipsy and it was just rammed. The last time we played was at The Cathedral, which was a great experience. I think it really gave our music a chance to resonate in a space like that.

You’ve supported Slow Club and Gengahrr. What did you learn from them?
I think we’ve always tried our best to do our ‘thing’ and not learn from others in a sense, so hopefully we haven’t learnt much at all! Haha. 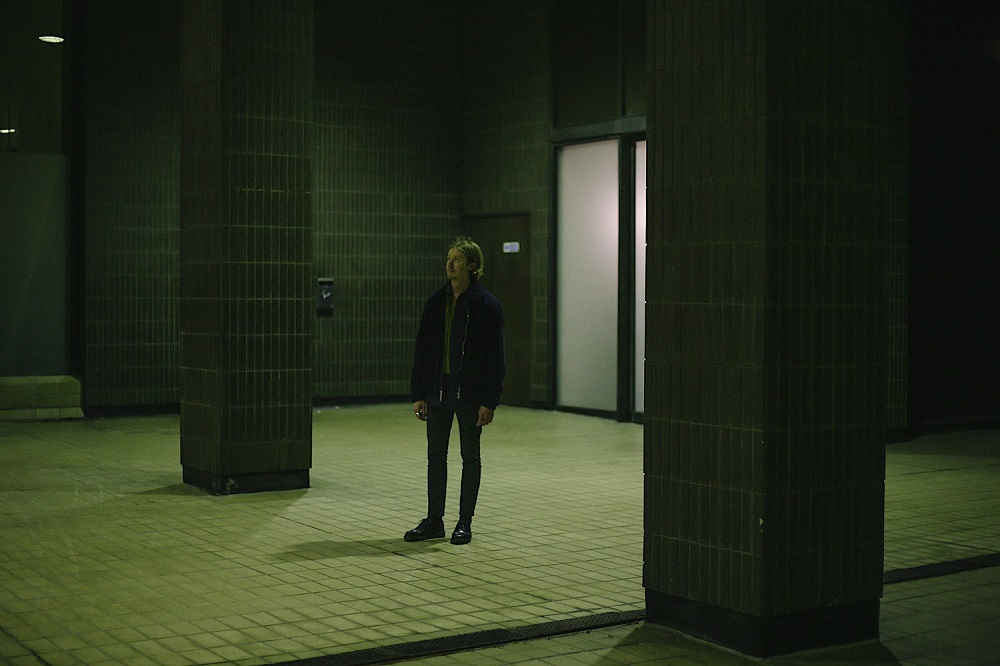 Tell us about your new EP HLLW. Why the name and what are its themes?
The word ‘hollow’ has always been floating around with the band and it has been used in lyrics and stuff prior to this EP. It was only a matter of time before it was used again. It holds good connotations.

When did you write it and where did you record it?
I probably wrote the majority of the EP while I was moving around the UK, finishing a masters degree in Nottingham and then relocating to London. I have recorded it all myself in various home studio set ups. It was quite nice rolling out of bed and recording some vocals with a coffee.

How does HLLW build on your style?
I think HLLW was a bit of a release after having time away from the band. We obviously called things a day when we were coming to the end of our time in Sheffield so when I started putting some new music together, it felt like it suited the ‘Blossomer sound’. I think it is very similar to our earlier stuff in the sense that we love good melodies and hooks, but I think it felt like I went into these tracks with a bit less expectation.

Can you talk us through each track?
‘HLLW’ was influenced by quite abrasive stuff. The likes of Nine Inch Nails and Massive Attack. I think it came together very quickly and just felt quite natural.

‘PREACHER_LEARNER’ harks back to some of our earlier themes about religion. I’ve always found it bizarre, but it intrigues me. I enjoyed working on the lyrics on this particular track too.

‘A_SHALLOW_SEA’ is a sort of continuation from the first track we ever put out, ‘To The Sea’. It is quite a good example of the sort of space we like in our overall sound.

‘TIME_SLIPS_AWAY’ was actually the first track I started working on when I revisited Blossomer. It actually took quite a lot of work this one, because I couldn’t settle on the general production for a while. It is a bit of a long one too, but a meandering journey.

‘I_REMEMBER’ was a song I wrote a while back now, probably a few years. It is quite noticeably the one that jumps out on the EP, but I think it maintains some Blossomer in there. Maybe a new angle on our sound, not sure.

What are your hopes for ‘HLLW’?
In all honestly, writing and recording HLLW was quite a therapeutic process. Previous efforts we’ve done have felt sort of pressured with some expectation when we were starting out. So honestly, I will take anything that comes our way, while I continue to crack on with the new EP.

What are your plans for 2019?
In 2019 we will be getting back on the road and playing live as a full group for the first time in about three years. We’ll also be putting out another EP, as well as some video content like we have done previously. I’m not sure if traveling the length of the country playing gigs is the most practical process in the month or so before the festive period so I think we’re biding our time to make the most of next year.

Finally, if you could go back in time and give yourself one piece of advice, when would it be and what would you say?
I would probably tell myself to chill out and enjoy things a bit more. I think I used to be quite obsessed with writing the perfect song or playing the best gigs but it just adds unnecessary pressure. Whereas now I am in a much more enjoyable and relaxed mindset.

Listen to Blossomer on SoundCloud below. For news and tour dates visit the Blossomer Facebook page.