DJ and producer Blaise has linked with up with emerging Brazilian artist Nono and dancehall act Sweetie Irie for ‘Good Body’ on JinJIn’s label Jinsing. Blaise started touring with Ministry Of Sound as a DJ for their UK and Worldwide shows before teaming up with Jin Jin - we caught up with him to find out more about his influences, collaborations and new single.

‘Good Body’ is all about body positivity. No one ever deserves to feel like their body is wrong.

First up, tell us a bit about yourself - what first got you into music?
My name is Blaise and I am a DJ/Producer based in London, UK. I first got into music at an early age listening to my parents music from Dance, Motown, Rock to Pop as there was always music being played wherever I was. So music has also been a part of me. In my early teens I was hooked on the garage scene. Listening to DJs on pirate radio everyday and sneaking into nightclubs to see them perform live. From my first club visit I was hooked. I knew I wanted to DJ from there.

**Were there any particular bands or artists you took inspiration from? **
At the time of getting into djing, DJ EZ and Tuff Jam were my inspiration to start doing it. Seeing them perform live and seeing the reactions of crowds at their events and even the hype around radio shows they were on at the time made me want to do it. I would stay in on a Sunday night to listen and record the sets on the pirate radio stations they were on to listen to how they would mix.

How would you describe your style?
My style is all about having fun. When I am DJing I want to try and create that party feeling, that of a feeling I used to have when I went to raves to see other artists perform. I always try to interact with the crowd when I can during my set also. In my production there is an element of what I was brought up in the garage scene where it was feel good, bouncing house music. Music that makes you move and that you can sing along too. That is the same as my sets also.

Why ‘Blaise’?
Blaise is my real name. I was christened Michael-Blaise O’Brien which is double barrelled (Michael after my Dad) but have been called Blaise since birth by my parents and friends. When I first started djing in the garage seen my DJ name was called Blazee B. But years later I changed that DJ name to my real name instead. To this day I still don’t know why I ever had another name as Blaise was already set in stone from birth for a good DJ name.

If you could collaborate with any living artist who would you choose?
There are so many artists I would love to collaborate with new and old. But if it was just one artist, it would have to be Pharrell Williams. He is just a genius and his sounds are always spot on. I know he is not house music but if you incorporate what he can do to a house beat I’m sure it would be something special. 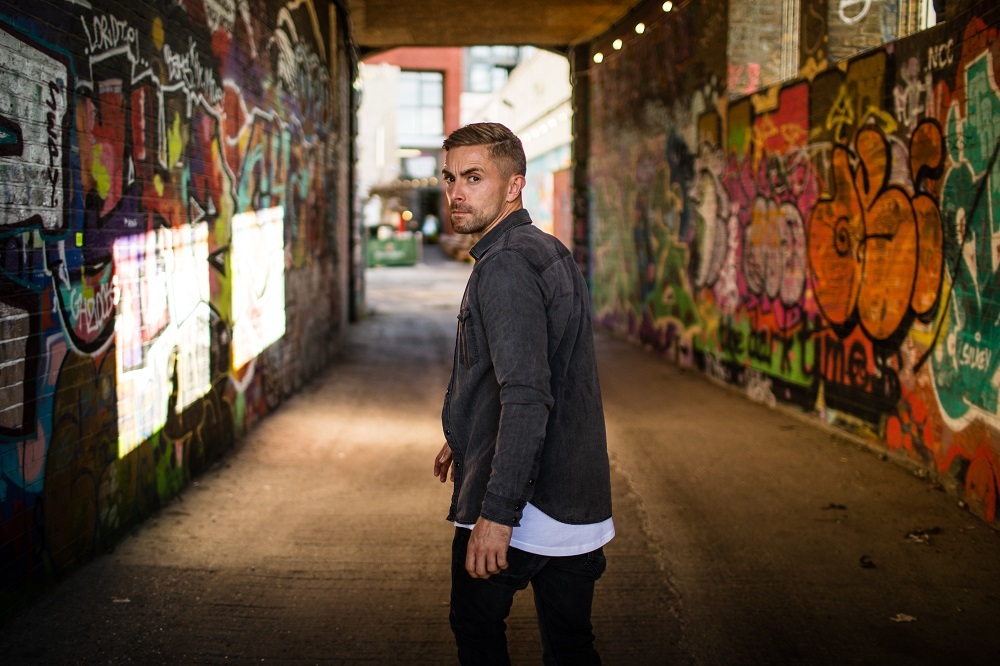 Tell us about your new single ‘Good Body’. What’s it about?
‘Good Body’ is all about body positivity. No one ever deserves to feel like their body is wrong. Of course there are times we want to get fit and perhaps be healthier - I go to the gym, I take the kids swimming and exercise - but that’s more about keeping fit and healthy and keeping your mental well-being up there.

It’s damaging - we are all guilty of it. It’s our culture - an obsession with looking like certain celebrities, the need to feel that we have to change that is the problem. It’s not our bodies that is the problem. We see certain models on the runway, in magazines, on Instagram and it’s all the same - photoshopped and it’s not obtainable… yet young girls (and guys) are going out there trying to achieve it. Certain social media platforms lead people to believe what is “good” what is “perfect” and the track is a little bit more like… forget that you’re good enough.

I also have two little kids and my young daughter who is only 7 and is really impressionable. She watches YouTube - she listens to music (she actually loves all kinds of music - from House music, my music (of course 😉) Little Mix, Jess Glynne, Greatest Showman, etc and as she’s grown older I’ve become more aware of lyrics and how much they impact on her.

As the summer comes round everybody is trying to get hashtag #bikiniready or hashtag #beachbodyready and the track is more about empowerment (men and women) to feel like their body is a good body. As long as you feel good it’s nobody else’s business.

People like Jameela Jamil and her @i-weigh movement, Megan Crabbe (BodyPosiPanda) and the rising of other social media influencers are doing a lot to battle it with their positive body image messages and we wanted to create a fun (not serious) track inspired by it.

When we talk about good body - we are talking about all shapes, sizes, genders, races, abilities - the message is “you’re your own competition”.

Being confident is attractive - being happy in your own skin is attractive. Enjoy doing what makes you happy. Mental well-being is so so important and all of this relates to this.

You linked up with Brazilian rising artist Nono and dancehall ledge Sweetie Irie for ‘Good Body’, how did that collaboration come about?
When the track was first made I sent the instrumental to Jin Jin (my manager) to get her thoughts on it. She sent a message back within 10 minutes with about 30 fire emojis and then rang me. She said she absolutely loved and that we should get a vocalist on it and she said she will try to get Sweetie. I said yes straight away, as I have been a big fan of Sweetie for years.

Sweetie came into the studio with me and my music partner Theo and laid down the vocals in one hit. We knew we had something very strong with sweeties vocals then we spoke about getting a female vocalist to help push the full message about the track. Then Jin suggested Nono. I had never worked with Nono before but Theo had and he agreed with Jin that she could bring that message across and she sure did. She came in blew us away with her vocals.

What did they bring to the track?
Both Sweetie and Nono changed the track completely with their difference of styles and characters and added their spin on what we first thought would be a great club track to being a track based on body positivity that could possibly go global but still club and radio friendly.

When did you write it and where did you record it?
This was written last year October 2018. It was made and recorded in Theo’s studio in Finsbury Park. We were in session finishing off some other tracks and we started a different track which we was working on for a good few hours but we couldn’t get a vibe down and the vocal just wasn’t right.

So we decided after a waste of a good few hours, that we needed to make something before we left. Within an hour we had the start of Good Body structured and within a few hours after that we had finished it enough to send an idea to Jin. Since October last year it has been edited and changed so many times, but that’s because we wanted it right not just because of the music alone but because of the message from the vocals.

How does ‘Good Body’ represent your style?
Personally I am all about positivity in everything I do, from family life to friends and day to day. So trying to push a message about good body positivity represents my style in my professional and personal life.

The single will be released on JinJin’s label Jinsing. How did you get signed up to Jinsing?
I had been Djing and making music for a couple of years releasing music on independent labels before I met Jin Jin. I was at a wedding about 18 months ago and bumped into Theo. I had known Theo from years ago and we got talking about music production and we said let’s get in together to make some music.

The following week we got in to the studio. We done this for a few weeks and Theo who was signed to Jin’s publishing, sent the tracks we had made to her to have a listen. She really liked what we had done and she then asked who I was and what my plans were. She arranged a meeting for us to talk about the music and from there she said she wanted to manage me and the explained her plans. The rest is history and things have progressed so much since.

What are your hopes for ‘Good Body’?
My hopes for Good Body is to push the body positivity as much as we can and send the message as far as we can. I do hope we can gain some support in the charts, on radio and on playlists. So far so good with all of this but we want to keep pushing as much as we can.

What plans do you have for the rest of the year?
I have loads of new music ready to go. Picking my next single is a big thing for this year but I have loads there to choose from. I’ve been very busy the last year or so. I have a few new releases, one on Ferris Wheel and one on Dvine Sounds plus a few others. I have studio sessions with some amazing artists and singers. I have loads of Gigs, here in the UK, Dubai, Turkey, Greece, Belarus and also a few festivals. I am also moving to Dubai in August for good so there’s a lot happening.

Finally, if you could wish for one thing to happen for you this year, what would it be?
One thing I wish to happen this year would be to get Good Body in the charts, on TV, on adverts so it can help push a message across about body positivity.

Watch the lyric video for ‘Good Body’ on YouTube below. For news and tour dates check out the Blaise Facebook page.