Solo producer and sound designer Benjamin Digby released electro album Dark Adaptation made up of big synths with film score-esque vibes last month. We caught up with him to find out more.

First up, tell us about yourself - what got you into music?
I’m a regular guy, father of one. Lover of ribs. Owner of a Xolo (craziest dog ever). Leaving school I discovered jungle/drum n bass/house and a close friend and I got into writing techno/house. Then life happened and I had to make a choice from a young age as my daughter gave me a happy surprise and came along, so the music career had to be put on pause.

However, throughout my life in the business world I’d always be writing music, waiting until the time was right to get back to forging a career as a producer and artist.

Were there any particular bands or artists you took inspiration from?
I grew up in the 80s, so Depeche Mode played a huge part in my younger years. I was also a huge fan of RnB and hip hop, house, then found a passion for rock music. You could say my taste in music is vast and as a music producer the more influences you have to draw from, the more you can get inspired from and I believe that is key to growing as an artist.

I’d say though where I really found my inspiration was from film scores. Creating music that can tell a story or portray a mood without words, is super powerful.

How would you describe your musical style?
I’ve been told that it’s chaos on a few occasions HA! And I tend to agree in a way. The choice of sounds in my compositions can be very aggressive. Even with the single ‘Cool Calm Nice’ the synths used are a contrasting opposite of the calm sounding piano. In a nutshell, I’d say big, dark, and aggressive.

If you could collaborate with any living artist, who would it be?
I would have said Dave Gahan, but now Trent Reznor after listening to The Watchmen volumes recently on repeat. Hopefully Atticus Ross would be part of the colab, call me greedy!

Tell us about your album, Dark Adaptation. What’s the inspiration behind it?
70s/80s and early 90s sci-fi/action/thriller films. Carpenter nailed the way to use music in his films. Assault on Precinct 13 main theme to name one. The whole synthwave genre was born being inspired from this period. I wouldn’t say I fit into this genre specifically though. Sounds and effects used in these films always had that dark edge and for me I will always love that vibe. 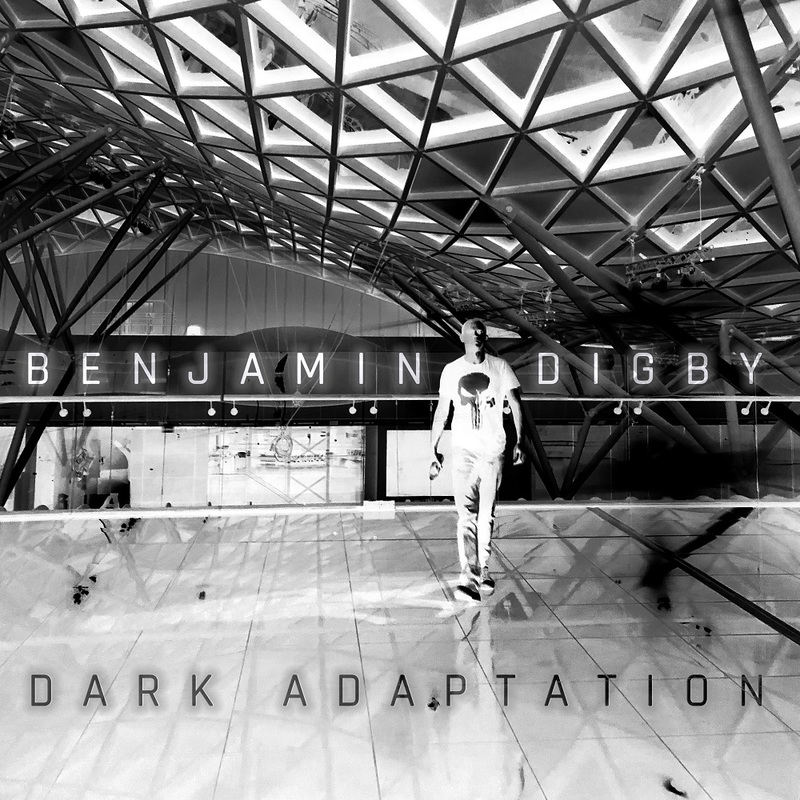 When did you write it and where did you record it?
I started writing Dark Adaptation last year straight after the release of my EP, Discovery. Everything was recorded at my studio using various synths collected.

How does Dark Adaptation represent your style?
Even though Dark Adaptation had taken inspiration from a certain era, the music was written with my take and my ideas on that era. If you listen to Dark Adaptation and Discovery, you can hear that there is a certain style to the way I write. I would hope that with each release, someone would be able to judge that a track sounds like something I wrote.

Can you talk us through each track?
Each track evolved after a good part of initial sound design. All have a journey, meaning there is no verse/chorus format. For Dark Adaptation I was sculpting sounds based loosely around Vengelis’s Blade Runner main theme and the CS-80s iconic sound.

‘Dark Adaptation’ opens with the beginning being slow with a simple melody, atmospheric percussions leading into big energetic synth strings, bringing in the drama. ‘Atonement’, this was fun to write. This is where the ‘chaos’ came into play. The idea was always to have the underlying synth slowly grow into this big modulating sound.

‘Scanners’, which is out on the 3rd of July, I was listening to a lot of Carpenter’s Lost Themes 1&2, plus I took inspiration from The Warriors main theme and the effects used.

‘Libra’ took its form, being dark to becoming brighter and being the balance between the first two tracks and the next, which are high energy tracks where the pace picks up, giving more of an action feel.

‘Celestial Orders’ and ‘Back Where We’re From’ have a lot more urgency, the latter has more variation within the story of the track itself, which finishes off the journey of the album. The dates for the last two releases are on the 10 and 17th of July respectively.

What are your hopes for Dark Adaptation?
Aiming for the stars, I’d love one of the tracks to appear in a film/tv scene but realistically I’d be happy with how things have been going. It’s my first album and have been shown support from the likes of Artefaktor Radio and yourself. When someone comments on a track and they enjoyed listening to it, that means a lot.

How’s the rest of 2020 looking in what’s becoming a crazy year?
I’m writing a couple of collaborations with a few artists and also releasing a few singles after Dark Adaptation, which will be more vocal lead. So really keeping the momentum going.

Finally, if you could go back in time and give yourself one piece of advice, when would it be and what would you say?
And screw about with the space time continuum! No way, I may not appear in this article.. Or maybe I’d do a Biff and give myself some advice of winning teams!!

Listen to Benjamin Digby on Spotify below. For the latest, go to benjamindigby.com.