The concept of Belle Mt. was created by lead singer Matt Belmont who dedicated his time to introspective songwriting development which found its way to Nashville-based, Grammy Award winning producer Femke Weidema. We spoke to Matt about the band’s formation and debut single ‘Hollow’.

I needed to take time to learn and practice and hone my craft until I had developed a sound I was ready to pursue with everything I had.

First up, tell us bit about yourself - what first got you into music?
I knew I first wanted to learn to play a musical instrument after seeing a live piano performance by a teacher in my primary school. After weeks of begging I managed to wear my parents down and they bought this old Iron framed upright (very loud) piano for me and my sister and I would play it day and night just trying to work out what sounded good and what didn’t without much tuition or guidance.

As for the first songs I wrote; they were written on guitar and inspired by a classic teen heartbreak story. Nothing inspires creativity like hormones and heartbreak and watching The O.C.… so much angst.

Were there any particular bands or artists you took inspiration from to form your musical and thematic style?
I love lyrical tracks with layered atmospheres and soundscapes. Bands like Bon Iver and Radiohead are certainly an influence in that respect and in the way that they’ve developed on a sound and writing style over multiple albums whilst keeping key melodic and lyrical elements intact. There’s a guy I studied with called Paul Thomas Saunders who is also incredible at that cinematic style where you’re transported and you hear something new every time you play a track.

Listening to that kind of music and production in the right environment is the most transformative kind of virtual reality we have right now.

I understand you developed the concept of Belle Mt. during a period in which you withdrew from public performances. What was the reason for the withdrawal?
I had previously released an EP in 2012 and followed the release with a period of relentless gigging and promoting the material. I played festivals and toured the UK, I even had my next EP ready to record and release until one day in 2014 I came to the realisation that the music I was promoting relentlessly just wasn’t up to the standard of artistry and songwriting that I wanted it to be. I needed to take time to learn and practice and hone my craft until I had developed a sound I was ready to pursue with everything I had.

In this period I interned in recording studios and wrote with a lot of the London artists I admired, co-writing songs with them for their projects and learning more and more about songwriting and music production along the way.

You would eventually find yourself working with Nashville-based, Grammy Award winning producer Femke Weidema. How did you meet?
Towards the end of that period of withdrawal there were a few songs I had which were very personal to me and when I sat down to demo those tracks they began to feel like the beginnings of a project. One of those songs ‘Back Pedalling’ found its way into Femke’s inbox and she loved it and contacted me to see if I was interested in coming to Nashville to work on some stuff together.

How did you find you worked so well together?
We both took a chance and approached the project with a clear direction, we’re driven by artistry above all else and have similar ideas of what constitutes not only a great song but a great body of work. Femke approached me already liking the raw direction and has taken that and elevated it completely. Every artist needs that person who has faith and belief in what they do and see’s what others don’t necessarily see yet. 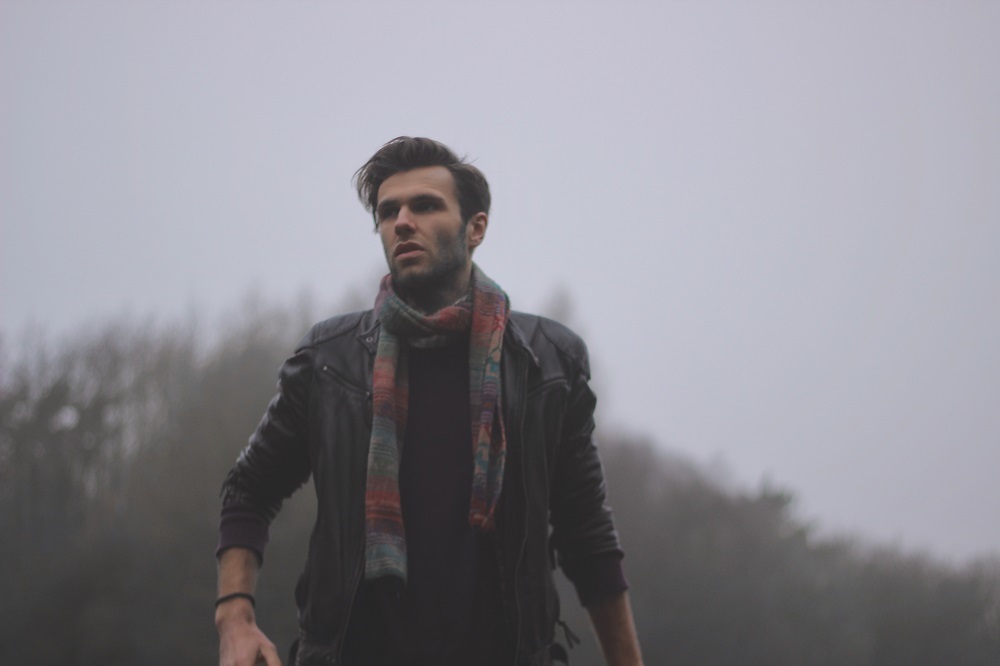 You played a Nashville industry showcase at The Basement, as well as a Sofar Sounds set at London’s Amnesty International HQ this summer. How did it feel playing those events?
Those two gigs were incredible as the showcase was my first Nashville show playing a lot of new material solo acoustic and it was exciting that those people came to see me play on a Thursday at like 6pm. Sofar Sounds is always great because of the effort they put into the choice of spaces and the attentiveness of the audience.

The favourite has to be a gig we did at Tooting Tram & Social in South London. We went all out and set up in a circle in the centre of the room with the audience stood around us and watching every move. Our drummer Chris has a background in theatre lighting and he lit the place like a set with lights borrowed from the National Theatre. It’s so important to us that live shows are something special and enhance the atmosphere of the music. We filmed it all so keep an eye out for that over the next few months.

Tell us about your debut single ‘Hollow’. What’s it about and what drove you to write it?
‘Hollow’ was inspired by a point early in my relationship with a girlfriend who’s walls were up because of things that had happened in her past which were projected onto this great thing that we had going on. We could talk things through but at some stage it would become too painful and she would shut down, I suppose while she processed and collected her thoughts.

Her mind was in a completely different place at those times, sometimes for hours before she would come back to me. The song explores what could have been and what could be, depending on which path we take at those important forks in the road. It’s about not letting your past define your future.

Did you face any challenges while you were trying to finish the song?
Yes this song slowly revealed itself during a pretty tough writing process. There was this line “lonely is her favourite place to be” and the picked guitar riff and not much else for hours. I honestly didn’t realise what we had there until I heard it back a few days later, but even then I had no idea it would affect and move other people like it has.

What are your hopes for ‘Hollow’?
I’ve got pretty high hopes for this song to be honest but it’s out of my hands now, it’s taking on a life of its own.

When and where can we expect to see you on tour next?
If you’d asked me that before the launch then I’d have said we were planning a UK tour for early next year, but there’s been such a good US reaction. The highest percentage of listeners so far are in the United States so maybe we’re going to have to head there first. I’m in Nashville at the end of September and the next full show will be in London at the end of the year.

If you could collaborate with any living artist, who would it be?
I’d love a week in the studio with Justin Vernon of Bon Iver, that guy is just on a different level. I’m sure I could pick up a lot from just watching him do his thing.

Finally, if you could go back in time and give yourself one piece of advice, when would it be and what would you say?
I think one of the most important lessons I’ve learned is to surround myself with a tight knit team of people I respect and to listen to the input of that team. I’m a complete perfectionist and I’ve been guilty of trying to go it alone to the point of burnout in the past. I especially needed to hear that advice when I first started to seriously pursue my own music and felt like I had a point to prove in that I thought I should do everything alone.

It’s important to be driven and focused but you also have to have balance with that and to trust people and let them in to do their thing. Hollow was recently played on a radio station in the UK and when the track ended the DJ said “That was Belle Mt, a one man music machine” and I was frustrated with that line because it made it sound like there aren’t these other people around me whose hard work is helping this project to succeed; from Femke & Josh (-Reynolds; Mix engineer) on Production and Mixing to Chris (-Burgess; Drums) and Ben (- Worsley; Guitar) in the band.

That’s what Belle Mt is, yeah it’s my little brainchild but it wouldn’t work without the collective. Sometimes you’ll see Belle Mt and it’ll just be me on guitar and vocals in an echoey room and sometimes it’ll be full band with strings and brass and backing vocals, either way it represents a collective effort and influence… Maybe I’m beginning to get it!

Listen to ‘Hollow’ on SoundCloud below. For news and tour dates go to bellemt.com.