With a background rooted in classical, jazz and indie music, Austel is Devon-born Annie Rew Shaw. She’s worked with Lyla Foy, Get Cape. Wear Cape. Fly, Munro Fox, Stella Martyr and Marie Naffah - but it was producer Adam Stark (MIMU Gloves, Rumour Cubes) who helped take her in the right direction for her own music. We spoke to Austel about her musical journey so far including debut EP Unfold out now.

Unfold documents a journey from a painful, hollow place to finding inner strength and solace in being alone.

First up, tell us bit about yourself - what got you into music?
My parents are both really musical and always played records at home - I grew up with Radiohead and The Clash in one ear and Eva Cassidy and Beethoven in the other. I started learning classical piano from a really young age and performed in my school jazz band, theatre productions and choir. When I was about 12, my dad bought me some chord books for my favourite indie bands at the time, which prompted me to start writing my own songs. Songwriting was a really natural, therapeutic outlet.

Why the moniker, ‘Austel’?
The name is based on the Cornish town St Austell. I grew up in Devon and spent a lot of my childhood summers going on camping holidays and surfing in that part of the world. Austel felt like a nod to nostalgia whilst creating something new.

How did musical style evolve in the years you worked with other musical projects?
I moved to London when I was 19 and started performing with a few other bands (Get Cape. Wear Cape. Fly, Rumour Cubes, Stella Martyr, Munro Fox, Lyla Foy). This led to some incredible experiences: performing at Glastonbury festival, touring the UK multiple times, supporting Fleet Foxes in Ireland… I’m so grateful for those opportunities to grow as both a musician and person. Being an artist can be quite an isolating pursuit sometimes, so I’m really thankful to be surrounded by so many amazing mentors and friends.

In 2016, you started working with producer Adam Stark. What change did that bring about to your music?
Adam and I met about five years ago performing with Get Cape. Wear Cape. Fly at Glastonbury. I started performing with Adam’s other bands Rumour Cubes and Munro Fox and then we started experimenting with recording some of my songs together. Something really clicked - we get along ridiculously well, there’s a real synergy.

I’d been stuck in a bit of a rut with my own compositions and working with Adam felt like the first time I had really found my voice and the right direction for my music. We have such similar influences but also challenge each other’s creativity and ideas. I’m constantly sending him snippets of new song ideas or records that I’m really inspired by. It’s really fun.

Tell us about your debut EP Unfold. What’s it about?
Unfold documents a journey from a painful, hollow place to finding inner strength and solace in being alone. It’s about learning to feel comfortable in your own skin, letting go and recognising that sometimes you need to look inwards rather than constantly searching for something else.

There’s a lot of raw, honest lyrics about leaving a long-term relationship and the subsequent emotional turmoil, but fundamentally there’s an underlying message of hope; finding light within the darkness. 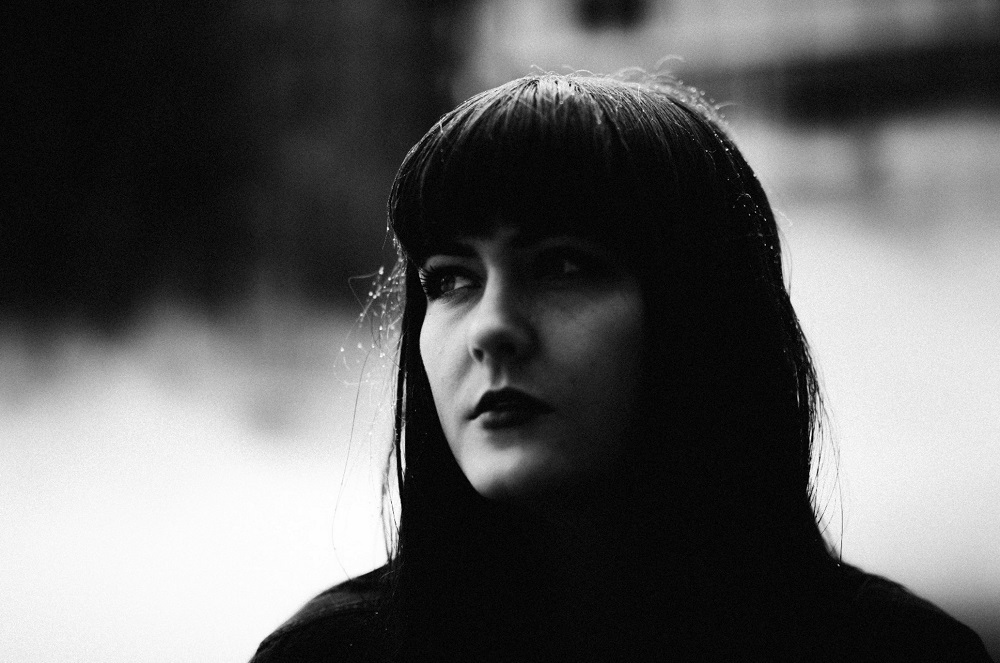 Can you talk us through each track?
The EP opens with ‘Ghosts’ - a pretty dreamy, experimental track. I was exploring different vocal sounds and production ideas at the time of writing. It’s meditative and wistful; gently introducing the EP’s pensive, introspective tone.

‘Crows’ was the first single from Unfold and really laid the foundations for Austel. The lyrics served as a mantra for me; a reminder to myself to follow my instincts and trust my gut. It’s probably the punchiest track on the EP with dark electronic beats and big synth lines. A bit of a bid for freedom and release.

‘Lost At Home’ was actually the first song I wrote for the EP, produced by my long-term collaborator Duncan Pym. It’s a really intimate song about feeling isolated and anonymous, both in your surroundings and within yourself. You can be somewhere for a long time and suddenly wake up feeling like a total stranger. My friend Matt Bell shot an amazing video for the single, which completely captures how I felt.

The third single - ‘Anaesthesia’ - follows on from ‘Lost At Home’, exploring themes of numbness, alone and being unable to face up to how you really feel. I like to think that the bed of vocal harmonies and atmospheric drones place it in a hypnotic, dreamy space, encouraging that sense of disconnection from reality.

‘Hours’, the final track on Unfold, was one of the first songs I wrote with Adam and holds a really special place in my heart. The studio’s upright piano has so much character and will forever connect me to positive memories of working on music in that space. The song itself is about coming to terms with my introvert / extrovert personality, slowly letting go of things that were haunting me and finding clarity and calm. I always feel a sense of hope after singing it now.

When did you write it and where did you record it?
Excluding ‘Lost At Home’, all of the songs were written and recorded at Adam’s studio in Peckham, South London. Over the past couple of years, we’ve spent every evening and weekend we could find writing and recording there. It’s a magic little space, and a great escape from busy London life. Kind of like a second home now.

How does ‘Unfold’ build on your style?
I think Unfold is the first time I’ve really found a home for my songs. I’ve loved exploring different sonic landscapes, experimenting with beats and electronica, as well as developing my vocals and writing style. Adam is a brilliant composer and a bit of a wizard when it comes to music technology, so he’s had a huge impact on developing the sound and bringing the songs to life.

What are your hopes for Unfold?
That people connect to the songs and they evoke an emotional reaction. That’s what I personally love so much about music, so just knowing that the songs have an effect on people is incredibly moving and fulfilling.

Where can we see you live in 2018?
We’ve just performed our headline EP launch show to celebrate the release, which was an amazing night. I’ll also be playing a few more intimate shows in London in September - keep an eye out on social media for gig announcements!’

Finally, if you could wish for one thing to happen to the band this year, what would it be?
We’ve got a really exciting few months coming up with more music, videos and live shows on the way. I’m constantly working on new ideas and finding fresh sources of inspiration, so can’t wait to continue writing, performing and generally enjoying the ride!

Listen to Austel on SoundCloud below. For news and tour dates go to austelmusic.com.