Arkansas Dave’s sound is rooted in the music created by his predecessors, using the sounds of the South. his latest release is a cover of Tom Wait’s ‘Chocolate Jesus’. We caught up with him about his career so far.

To this day, I identify myself as a drummer, but I’ve evolved as a musician and now chosen to walk this path.

2017 - what will you look back on most fondly from the year so far?
This year has flown by so fast, I have to think about that for a minute… if we’re speaking about music, then it’s got to be my European tour in July. I had an incredible experience and can’t wait to get back across the pond.

Did you make any new year’s resolutions at the outset of 2017?
Actually, I usually never make resolutions, but I told myself this year that I would really focus on setting up this album release and positioning myself to be on the festival circuit next year, and it’s starting to pay off as I’ve got a couple of summer festivals in Europe being booked at the moment.

What was the biggest lesson you learnt in 2017 so far?
To trust in myself more, and just go for whatever you set your mind to. I’m a firm believer that you create your own path and it’s up to you to walk through any door where there’s an opportunity.

What was the musical highlight of 2017?
Seeing my name on the marquee at Antone’s in Austin, TX, and my summer European tour.

Who are you excited to hear from in 2018?
Really, any artist that I respect that would want to collaborate with me in any fashion, whether that be writing or touring together.

Tell us about the record you have just released…
This is my debut release and it consists of a range of personal songs that really tell my life story. I feel that if you do not know me, after you listen to my record you’ll definitely have a good idea of who I am. The 13 songs that live on this record starts with my own style of good time Southern rock ‘n’ roll, then rolls smoothly into some acoustic tracks, then opens up to have a closer look at my soul. This album is a very personal, heart-on-my-sleeve piece of art that I wanted to represent who I am and an artist and person. I wanted it to be a self-titled album so that the songs are synonymous with me.

If you had to pick three artists to be filed next to, who would they be and why?
Well, I’ve been asked this question before, and I’d have to say probably John Lennon, Joe Bonamassa & Blackberry Smoke. Lennon was such an introspective and honest, emotional writer. He wore his heart on his sleeve, and I think I have a very similar quality to that in respect to his natural writing style. I, by no means, can compare my songs to John Lennon’s but the character of his songs definitely are parallel with mine. Joe Bonamassa has a big bombastic sound drenched with soulful blues riffs and solos. At times, he has a very cerebral and psychedelic sound that I feel is echoed in some of my songs like ‘The Wheel’, ‘Diamonds’ and ‘Rest of My Days’.

Blackberry Smoke are the disciples of every Southern band that I’m inspired by, and their fan base is loyal and supportive from a organic, grass roots level that just comes across as a kinda counter-culture built on just good, honest music. If you go to a Blackberry Smoke show, you know you’re gonna have a damn good time, and I want my fans to leave with that same feeling. 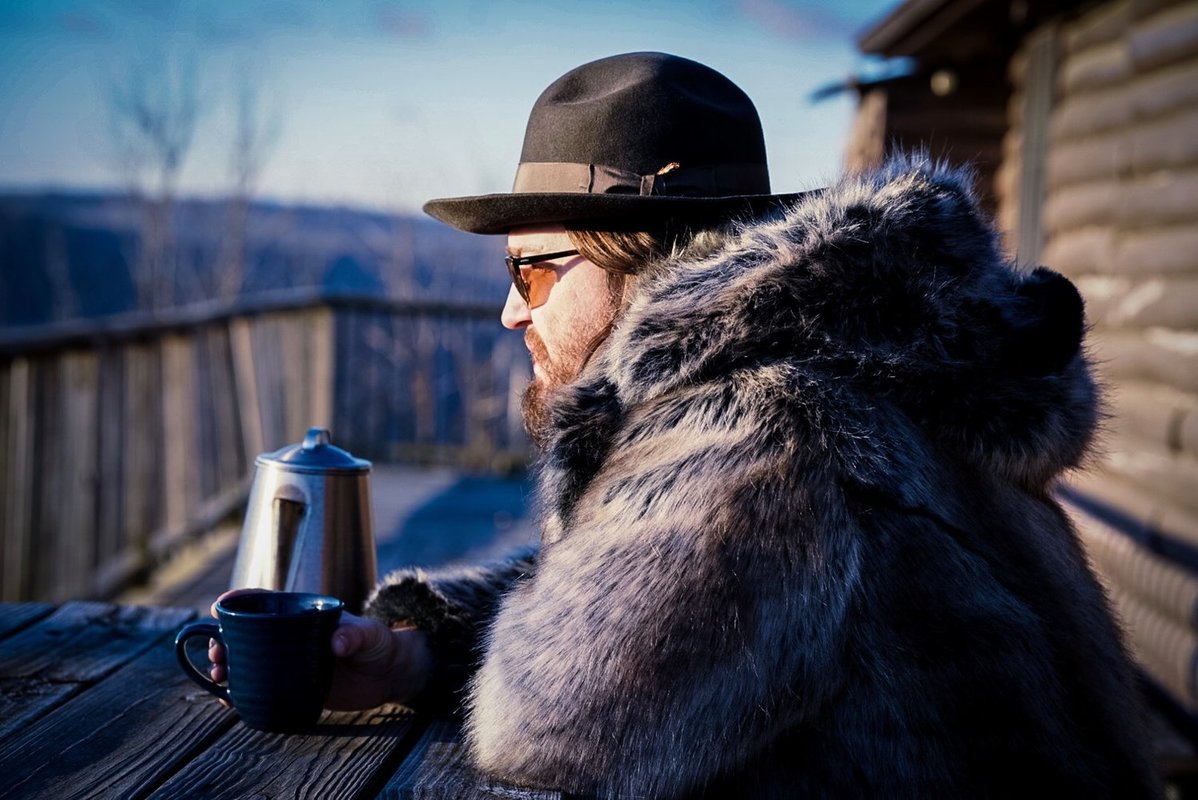 What inspired the record?
My life, to be honest. These songs are a very personal look into my life and my perspective on life, love and the yearning for a better world. I’ve always played music since I was a little boy, starting out by playing the drums. To this day, I identify myself as a drummer, but I’ve evolved as a musician and now chosen to walk this path. Being in and out of bands taught me how to become a bandleader and what it truly means to be a professional musician. I’ve been given an opportunity and I’m going to run with it, and connect with music lovers, fans and musicians all over the world.

If the record were an animal, what animal would it be?
That’s a really interesting question. Let me think on it for a minute… It’s probably a horse. Horses are very intuitive and curious animals. I feel that they have a soul just like any human, and the loyalty you get from a horse is unparalleled if you respect them. Horses are also very honest creatures with a big spirit, and I feel that I most definitely have that same big, free spirit that carries me around the world.

If you could jam with one artist alive or dead, who would it be?
This is a tough one, but I’d have to be playing drums with Jimi Hendrix or Little Feat.

If you could have written one song by another artist, what would it be?
Hmmm… it probably has to be ‘Song For You’ by Leon Russell. That song is just absolutely beautiful and sung with such conviction. My favourite version of it is on YouTube when Leon sings it with Ray Charles and Willie Nelson. I tear up every time I see that video. It’s just beautiful. All of those men are just beautiful human beings.

Someone is making a film of your life, who will play you?
I quite like Matthew McConaughey. I think he is a great method actor that really captures a character on a deeper level than most actors. One of my favourite performances by him is in his movie Mud; which was shot in Southeast Arkansas. I felt he really captured the essence of the culture in that movie, and feel that he could definitely tell my story with conviction.

Lastly, tell us one thing you have never revealed in an interview…
I think it’d be cool to do some acting. Even if it’s just a stand in extra on the set of Game of Thrones or any time-period-themed acting that would require a bearded, longhaired country boy… haha.

*Listen to ‘Chocolate Jesus’ on SoundCloud below. For news and tour dates go to arkansasdave.com.