Uprooted from the sweet sun in Australia, Animal House relocated to the UK to bring their casual charm onto European stages and into their tracks. We caught up with them to find out more about why they escaped the sun down under and their new song ‘Coca Cola’.

Recently we wrote a song about how our first land lord was a bit of a, ahem, twat.

First up, tell us bit about yourself - what led you all to forming Animal House?
It really was a classic, quick formation of a bunch of mates who liked playing music and we just started jamming in our respective mum’s garages before moving on to a Kennards storage warehouse where we shared a little tin box with a bunch of other bands. We decided to move to the UK because we were bored and we’re in Brighton on some art visas and it’s god damn fun.

Is the name related to the National Lampoon film of 1978, or is there another source of inspiration?
National Lampoon is our ONLY source of inspiration. No, in truth, half of us haven’t even watched the film. We just liked the name and it seemed to fit the music so we went with it. If we end up getting sued, we’ll know we’ve made it. Inspiration – we just look around, it’s everywhere. Recently we wrote a song about how our first land lord was a bit of a, ahem, twat.

Your debut EP Sorry won acclaim from the likes of BBC Radio 1’s Annie Mac, BBC 6 Music’s Steve Lamacq and Sean Keaveny. How did that feel?
It’s funny, it’s nice, but then what’s also nice is that we’re obviously still nobody but now we’re nobodies who’ve been on the radio so I guess we’re slightly less nobody than before… maybe.

What kind of response did Sorry get?
I think it’s been a good reception and it’s given us an introduction into other territories such as Germany and the Netherlands. The best thing was just releasing it because now we’re progressing and where we’re going feels good. 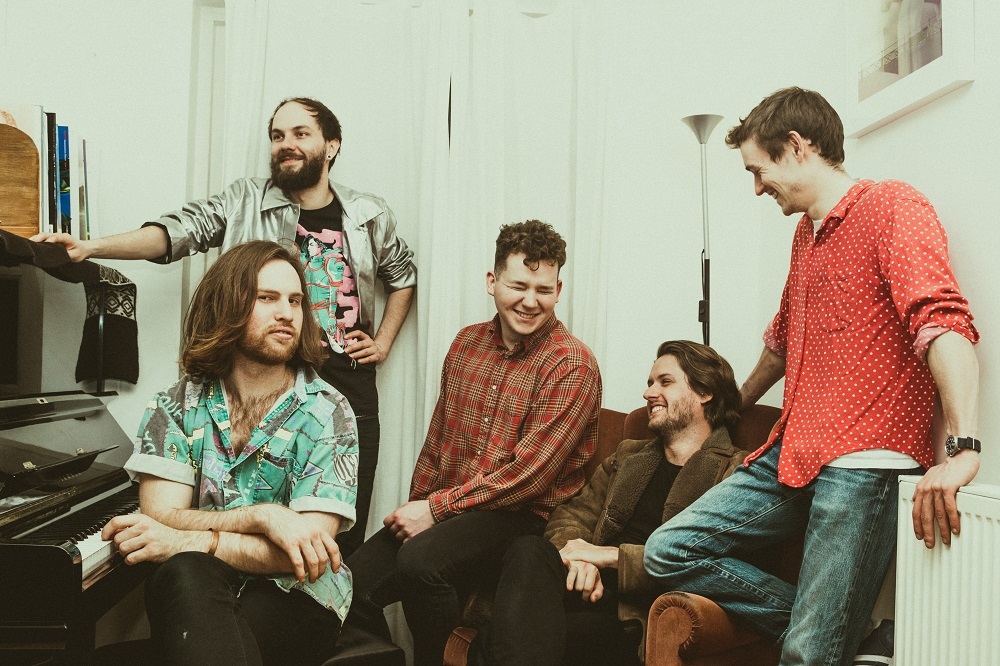 Your new single is ‘Coca Cola’. What’s the story behind the song? Are you big fans of the soft drink?
Massive fans. We’re actually just looking for an ad placement so if you know anybody who works there…

Consumption and gluttony are the obvious themes of the track, do you think we’re all doomed?
I’m glad you got that reference because we honestly have people asking us whether or not we actually are taking the piss. The answer is, we’re always taking the piss.

It’s hard not to be cynical at times, most of the time in fact, and a lot of our track themes come from a fairly cynical view of things, even if that’s not too obvious. Maybe we’re doomed; robots owned by elites will enslave us. Or maybe the robots will work for everyone and no one will ever have to lift a finger and, well, watch Wallie!

What kind of response do you hope for ‘Coca Cola’?
We just hope that, as I kinda eluded to before, people get it. Actually, even if people don’t, we’re pretty much fine with that too.

Which do you most look forward to playing live?
It changes every gig to be honest. Sometimes you’re feeling a little bit angsty and you wanna just play the fast songs and sometimes you’re feling a bit chilled and you wanna just groove on some of the slower ones, such as Friend. Will (the singer) particularly likes crooning so he often vibes off the slower ones. Expect more of them.

When and where can we expect to see you on tour next?
Well we’re heading to Spain for a couple of festivals and to chill out in the sun for a week and we’ll be playing in Brighton, 28th July.

If you could go back in time and give yourself one piece of advice, when would it be and what would you say?
Probably just ‘whatever you’re doing is fine just don’t worry so much about it’. If an older me was asked the same question they’d probably say “think more about your future.”

Watch the video for ‘Coca Cola’ on YouTube below. For the latest news and tour dates go to animalhouseband.tumblr.com.