Classically-trained singer, pianist, and actor Andrea Rankin has released her debut EP, Tides. The Edmonton, Alberta artist recorded Tides with Jesse Northey at True North Recording Studios with Jesse playing guitar and drums. We caught up with Andrea to find out more.

Tides is a collection of songs that reflect on seasons of darkness and the relief that follows.

First up, tell us about yourself - what got you into music?
I grew up playing piano and singing in choirs. I studied classical singing as a teenager and developed a love for musical theatre and opera. I studied voice at programs across Canada and learned from a lot of different teachers. In high school, I started singing in jazz choirs and playing alto saxophone and clarinet in jazz bands. I started a band with some friends in university and had a blast singing with friends. I’ve had a chance to perform a lot of different styles with incredible artists. When I started writing songs as a teenager, it was as a way to carve out space for my musical curiosity and have an unstructured space to play in. 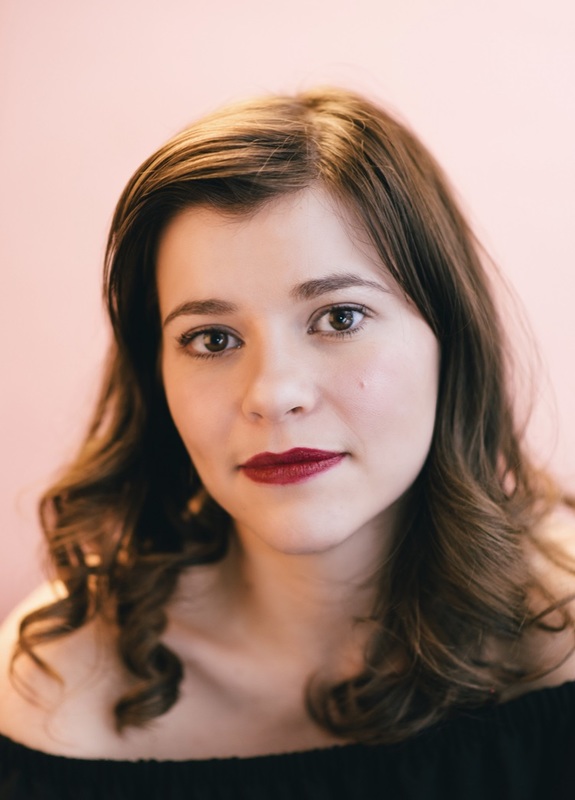 Were there any particular bands or artists you took inspiration from?
So many. I’m inspired by artists in so many areas. I grew up listening to opera and classical music, so singers like Renée Fleming and Maria Callas or Canadian sopranos like Isabel Bayrakdarian and Measha Brueggergosman were in the CD player a lot when I was young. So were Bill Evans, Art Tatum and Oscar Peterson. As a teenager I was enthralled with performers like Bernadette Peters, Audra McDonald and Sutton Foster. Jazz singers like Sarah Vaughn and Ella Fitzgerald. As I started writing my own stuff, I drew a lot of inspiration from artists like Carole King, Stevie Nicks and Joni Mitchell. More recently, artists like Feist, Frank Ocean, Mitski, Jessie Ware, Maggie Rogers, Angel Olsen, and James Blake inspire me. I love listening to how artists shape their songs; what musical architecture they choose to frame their ideas within.

How would you describe your musical style?
The album I’ve made is an indie pop/alternative album. I would describe my sound on this album as ‘ethereal vocals with playful arrangements’. I wanted to veer from the technical expectations of opera and musical theatre and play with my sound through these songs. It’s a funny thing to cement sounds in time; I’m always so curious what a melody could sound like with different production. I’m excited to see what styles interest me next.

If you could collaborate with any living artist, who would it be?
Frank Ocean. Or James Blake.

Tell us about your debut EP Tides. What’s it about?
Tides is a collection of songs that reflect on seasons of darkness and the relief that follows. Tides come in and they always go out. They have to. Tides is a reminder that we won’t stay in a feeling forever, it will change. I hope these songs can offer some comfort if the Tides get too high and be a reminder that they’re only waves. This one will wash away and a new one will come.

Tides also refers to the process it took to decide to release the album. I recorded these songs in 2017 and since then I’ve worked as an actor at the Stratford Festival of Canada in Stratford, Ontario. I was focused on acting and nervous to release the album, so I gave into my fear and didn’t release it. After the time that’s passed, it felt like the moment to share was over. However, with space, reflection and encouragement from Jesse, it became clear that the time to share it was this year. I think this space was necessary and I realized that nothing was lost or too late. Like waves, moments will come and return, if we’re open to them. 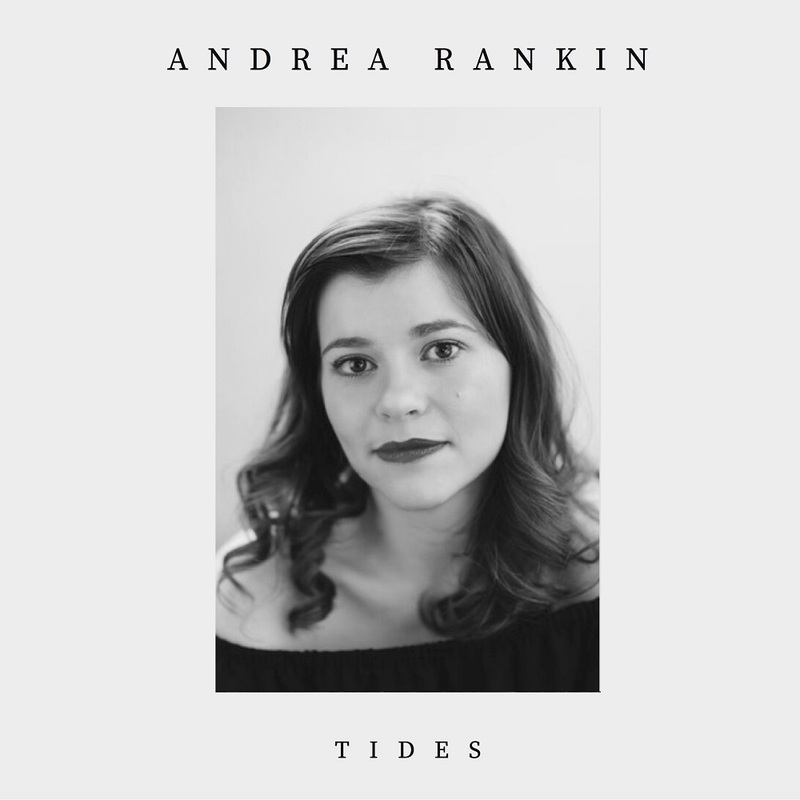 When did you write it and where did you record it?
Tides was mostly written on a solo trip I took to Europe in 2016. I went backpacking by myself through London, Paris, Amsterdam, Berlin, Valencia and Dublin. It was my first time travelling alone. I recorded it in the spring of 2017 in Edmonton, Alberta, Canada. It was recorded and produced with Jesse Northey at his recording studio, ‘True North Recording Studios’.

How does Tides represent you?
This album feels like a time capsule, or a photograph. Before this recording process, I played sets by myself, with my keyboard and some looping pedals. This recording process was a chance to explore and develop the songs I’d written and understand my instincts. Collaborating with Jesse was a great gift. There are breakups, moves, travels, new loves, growth, old friendships and time in these songs. I’ve changed a lot since I recorded it and so has my writing, so it’s fun to celebrate where I was at.

Can you talk us through each track?
‘The Party’ - Sometimes people enter our lives like it’s a house party. They trash the place (our hearts) and then leave before cleaning up their mess. It’s painful. Other times, we are that person to someone else. We’re all capable of being both the organ and the knife. This is true in relationships with others and also with ourselves. It can be difficult to make friends with yourself.

‘Blush and Bloom’ – I wrote this song for a friend who was having a hard time. I wanted it to feel like sun streaming through a window, or someone helping you get out of bed on a cold winter morning. I wanted to remind her of the beauty in simple things.

‘Dizzy Moon’ – This one’s about falling quickly for someone and not being sure if they’re going to catch you. It’s about trusting someone before you’re sure if they can be trusted. It’s about wanting to know if someone is going to be a fleeting presence in your life or an anchor; not knowing if someone is “prose or a poem” or a “lighthouse or a porchlight”. The song is full of imagery of wanting to be carried by someone and the dizzy, silly feeling when you can’t quite tell if they’re reliable.

‘Heal’ – This song is about developing a relationship with someone when you’ve both been hurt before. It’s about the fear of trusting someone and loving again. It’s about when you get in a fight with someone you love and all you really want to do is reach across the space between you and hold them. It’s wondering if this will be love that heals or hurts you. It’s about realising that this is the person you want to figure it out with.

‘White Flag’ – ‘White Flag’ is about a breaking point. It’s about admitting you’re hurting and can’t do it alone. It’s also about seeing a collective, societal pain. I wrote it after the 2016 election and after I moved to a new city alone.

What are your hopes for Tides?
My hope for Tides is to celebrate the journey it’s been from recording to release. Working primarily as an actor, I’m excited to share with people that I’m also a singer, songwriter, pianist and arranger. I hope people listen to the album and that it brings them a sense of comfort; I hope it’s shared between friends or played as people make coffee in the morning. It was a chance to explore the kind of music I want to make and I learned a lot. I hope to take what I’ve learned and develop my sound on my next album, but I want to celebrate this first. I also hope, if anyone’s afraid of doing something they want to do – that I can remind them that it’s not too late. Start from where you’re at and tune out the doubters.

What other plans do you have coming up to the end of the year and into 2021?
When I’m not making music, I work as a professional actor. The performing arts industry has been hit hard by COVID but artists are resilient and people are finding ways to continue to work and share. I’ve been auditioning for film, television and voiceover in Canada and I plan to continue to do so. I’ve also been writing a ton of new music this year, so I’m looking forward to spending the winter months developing and exploring my songwriting.

Finally, if you could go back in time and give yourself one piece of advice, when would it be and what would you say?
Don’t look to people that don’t understand you for affirmation. It’s okay that they don’t understand you because you don’t need to be understood by everyone, you just need to keep making and sharing. Letting someone else’s opinion of you determine whether you create will leave you with so many ‘What If’s’ you’ll break your own heart. Listen to your own instincts and enjoy yourself. It takes a lot of courage to put yourself out there so celebrate yourself when you do.