Indie pop singer/songwriter Ameliarose released her second single, ‘Uneven’ on Friday (August 16th). Her music has been described as ‘electronically driven danceable melancholy w/vintage harmonies’, and we caught up with her to find out more.

My hope for ‘Uneven’ would be that many people could relate to it and hopefully learn from my experiences and avoid getting themselves in situations like that.

First up, tell us about yourself - what first got you into music?
I grew up around music playing around me all of the time. My dad is a musician and my mom used to sing, so our house was very musical! I wrote my first song when I was around seven years old, and it was abut saving the orangutans and other endangered animals.

**Were there any particular bands or artists you took inspiration from? **
Towards the end of middle school, when I really started writing better songs, I began listening to this band called Nothing But Thieves, which really inspired me to write about things I felt vulnerable towards. I also listen to a lot of Jeff Buckley, who was an absolutely incredible singer and songwriter, and probably my biggest influence vocally.

How would you describe your musical style?
My music style is alternative, that’s really the only way I know how to describe it. Like a mix of Twenty One Pilots, Fiona Apple, and St. Vincent with a touch of Kimbra and Lorde!

If you could collaborate with any living artist, who would it be?
I’d love to collaborate with Conor Mason from Nothing But Thieves because I’ve harmonised to basically every song he’s released with his band and I think our voices would compliment each other so well! He’s one of my biggest influences and I respect him so much. 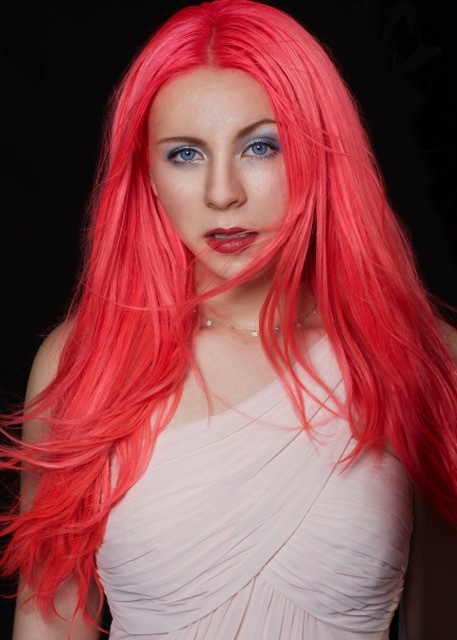 Tell us about your new single, ‘Uneven’. What’s it about, what are its themes?
‘Uneven’ is about being in a relationship where each person’s feelings are clearly imbalanced and, therefore, uneven. It is ruining the relationship, and it hurts both the people involved. The theme of the song is really tenseness and discomfort, which I hoped to convey in the song!

When did you write it and where did you record it?
I wrote it about half-a-year ago when I was going through some personal issues in a relationship, and I recorded it in my house, but some of the production in the song came from a collaborating with Chris Pennie (Dillinger Escape Plan, Coheed and Cambria).

How does ‘Uneven’ represent your style?
I think it goes along with my vibe of ‘danceable melancholy’, where the music is kind of dance-y, but the lyrics bring more depth to it.

What are your hopes for ‘Uneven’?
My hope for ‘Uneven’ would be that many people could relate to it and hopefully learn from my experiences and avoid getting themselves in situations like that. Or at least for them to know that if they are in a situation like that, that they aren’t alone.

What can you tell us about your plans for the rest of 2019?
Lots and lots of new music. I have many songs and collaborations that I’m working really hard on perfecting, and I’m so excited to release them all soon! I also have a few TV appearances coming up (Teen Kids News & Wonderama), and will be going on The High School Nation Tour in September.

Finally, if you could go back in time and give yourself one piece of advice, when would it be and what would you say?
I would tell myself to less hard on myself. I always put so much pressure on myself and my art, and sometimes it really stresses me out. I think I’m dealing with it better now, but I would definitely go back and tell myself to just be confident in my writing.

Listen to ‘Uneven’ on Spotify below. For news and tour dates go to ameliaroseallen.com.