In 2013, ADI, then known by her full name Adi Ulmansky, debuted a mixtape Sh!t Just Got Real. The mixtape and EP releases that followed were featured in publications such as The Guardian, Vogue, Clash, Mixmag and Noisey but it’s only now that she returns with an album combining trap, electro, r&b, pop and hip hop. ‘Sex in my Mind’ is the debut single from the project - we caught up with ADI to find out more.

I hope women will allow themselves to talk about their sexuality more openly.

First up, tell us bit about yourself - what first got you into music?
I started singing at a very young age and tried to play quite a few instruments before I got into music production. Once I started making music on my computer, I fell in love and couldn’t stop.

Were there any particular bands or artists you took inspiration from?
Of course. Bjork, Radiohead, Aaliyah, Travis Scott, Kanye West to name a few.

How would you describe your musical style?
I think it’s pretty specific to be honest. I mostly listen to r&b combined with hip hop, and I really love all that new wave trap-hip hop.

I mostly enjoy artists who push the envelope and create something new and unique.

If you could collaborate with any living artist, who would it be?
Travis Scott and Frank Ocean.

People may recall back in 2013 you went by your full name Adi Ulmansky and debuted a mixtape entitled Sh!t Just Got Real. How did that mixtape help launch your career?
It was a super important step in my career because it made me go out into the world and start exploring my sound and my image. A lot has changed since, but I don’t regret any of it and I’m still really proud of the music I made back then - I think it was kinda ahead of its time in a way.

Does it still have an effect now?
I still play some of the songs off that EP in my shows these days. My real fans from back then still love the songs, and these songs are important to me on an emotional level since they were my first steps in the music world.

Why did you choose to become known only as ADI?
Well, mainly because it was hard for most people to pronounce my last name - lol! 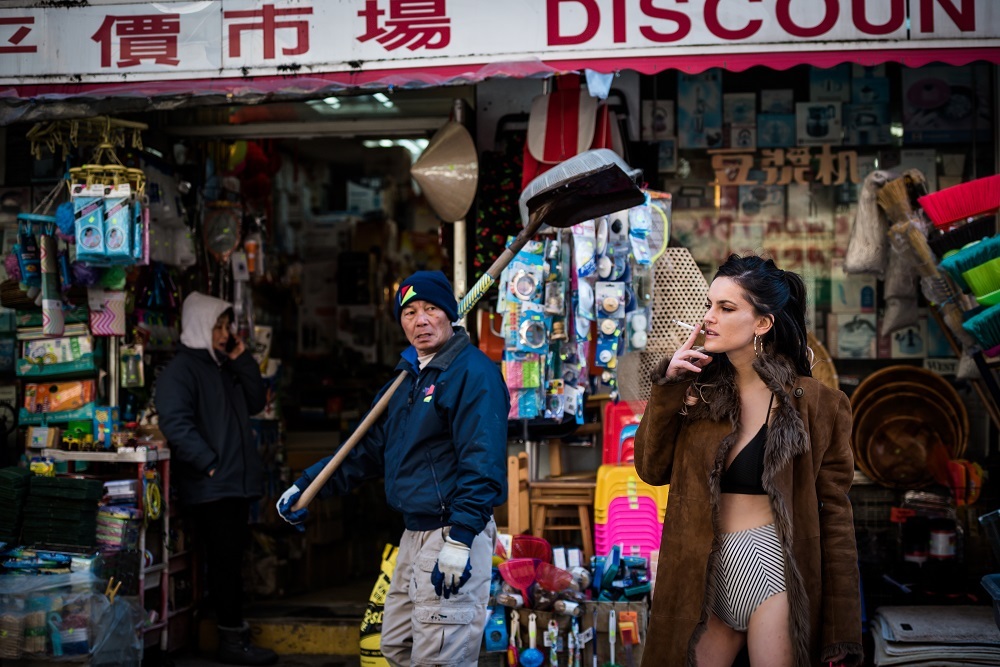 Tell us about your new single ‘Sex in my Mind’ - um, what’s it about? - apart from the obvious!
Haha, well I wanted to talk about feminine sexuality and allow myself as a girl to address this issue without being apologetic about it. I feel like it’s really obvious and common for guys to talk about sexuality and their sexual urges, but most people find it weird when a girl does it. So i just wanted to emphasise that there’s no actual difference when it comes to these matters.

When did you write it and where did you record it?
I wrote and recorded it a year back in Germany while i was on tour. i made it with a bunch of super amazing German producers called HitImpulse who have produced tracks to artists such as Ellie Goulding, Kygo, Felix Jaehn and more.

How does ‘Sex in My Mind’ build on your style?
I think it fits perfectly to my r&b-pop vibe.

What are your hopes for ‘Sex in my Mind’?
I really hope a lot of people would get exposed to the AMAZING video we made for this song - lol - and I hope women will allow themselves to talk about their sexuality more openly.

What can you tell us about plans for 2019?
I’m working on lots of new music! And I’m super excited about it.

Can we expect to see you live anywhere?
Yes! i don’t have specific dates yet, but I’ll update my Instagram once i do. Don’t forget to follow :)

Finally, if you could go back in time and give yourself one piece of advice, when would it be and what would you say?
I’d go back to being a teenager and tell myself - they won’t understand you, but you’ll prove them wrong - just keep going and believe in yourself.