Wanderlust’s signature mindful triathlon returned for a third year in Battersea Park. The event comprised a 5k run or walk, a DJ-powered 90-minute outdoor yoga class with Tom Middleton on the decks and a 30-minute guided meditation. Ann McManus was there to take part.

You can’t help but leave a Wanderlust event feeling lifted.

Wanderlust 108’s London editions have always been fortunate enough to fall on a day of good weather. The event has been tested in September, August and July and given how good this summer started off, July seemed a safe bet. Sadly it was one of the rainiest Saturdays for a while! Knowing that I had left every previous Wanderlust 108 event feeling fully recharged, I was happy to brave the rain in knowledge of what was in store. Yet I worried for the event that those who had purchased a ticket for the first time might choose more duvet time over an 8am start in a rainy park. 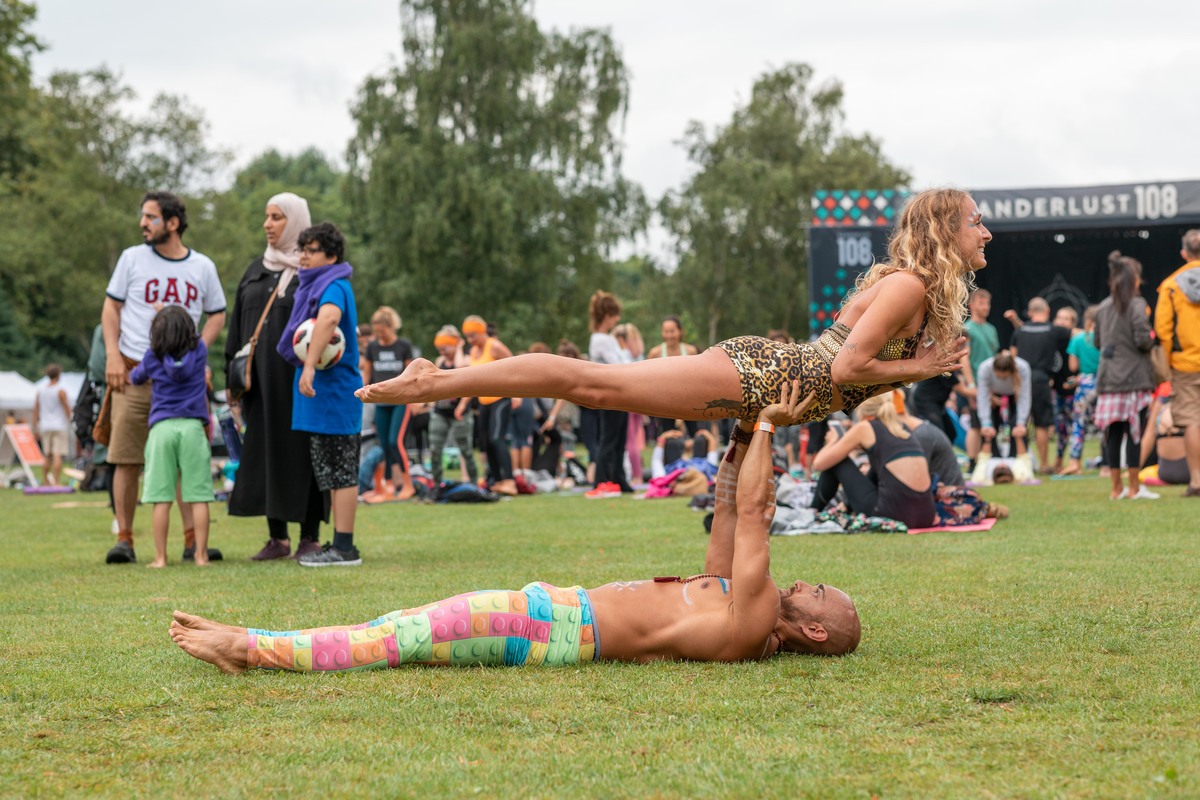 There were no Santander cycle spaces in the vicinity. This was the obvious method of transport given the attendees were likely to be mindful ladies crossing over from Chelsea and Fulham keen to get a little warm up in before the run. The 5k run was in full swing. As a returning attendee, it was warming to see the same familiar faces among the hosts, as enthusiastic as ever as they cheered the crowd on with loudspeakers and warming mantras. As one later commented, this must be the first time a 5km had been run by so many ladies with umbrellas! 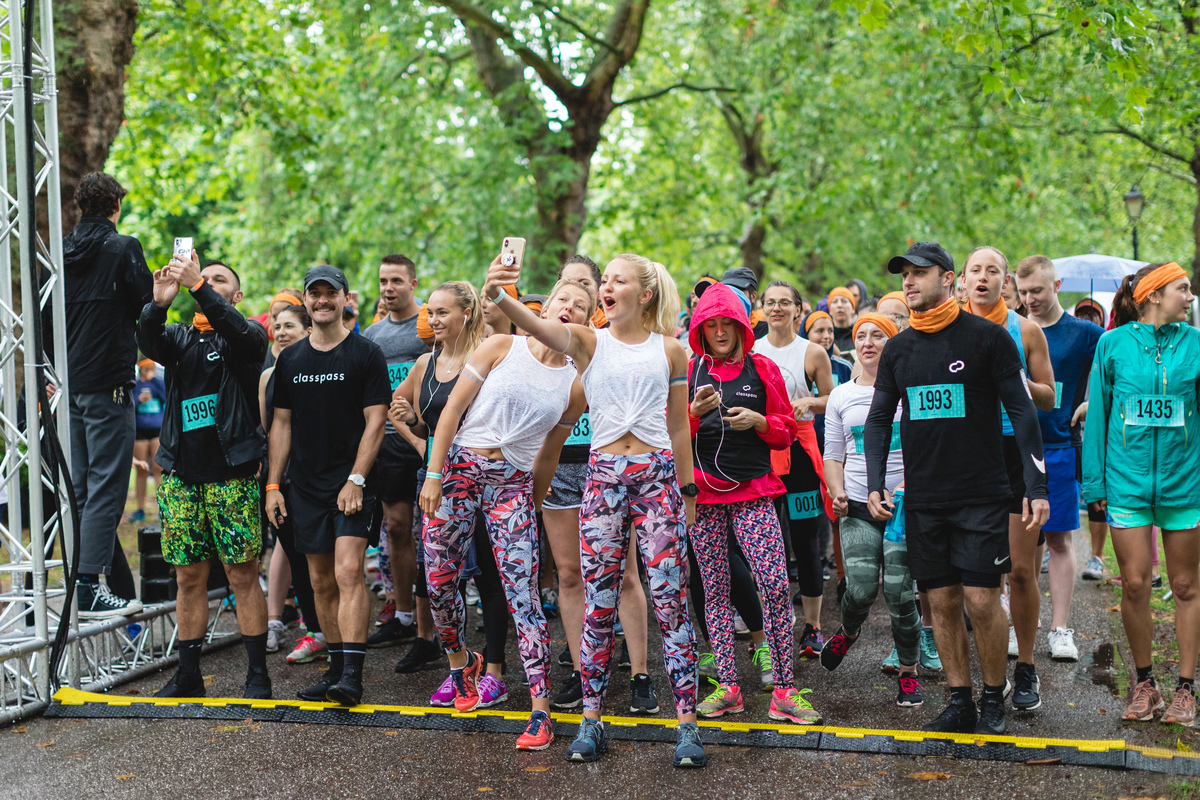 Unlike most sports events, there were not plastic bottles or packaged goods of any sort being hoisted upon finishers to encourage them to hydrate. Instead, the event had been set up with water stations where attendees were encouraged to refill bottles they had brought with them. If you did wish to pimp up your water, teapigs were on hand with cold brew teabag samples that you could add to your water bottle to add essence of either cucumber and apple or rose and lychee. It was pouring so much that every time I took my phone out it dialled someone it wasn’t supposed to. This was just what I needed – an imposed digital detox! Resigning my phone to my bag positioned me to retract from mentally processing dialogue and switch on to the now, where there was a wonderful opportunity to absorb new ideas and wholesome snacks. “positive vibes only”. Browsing the stalls, 3 top trends seemed to be: 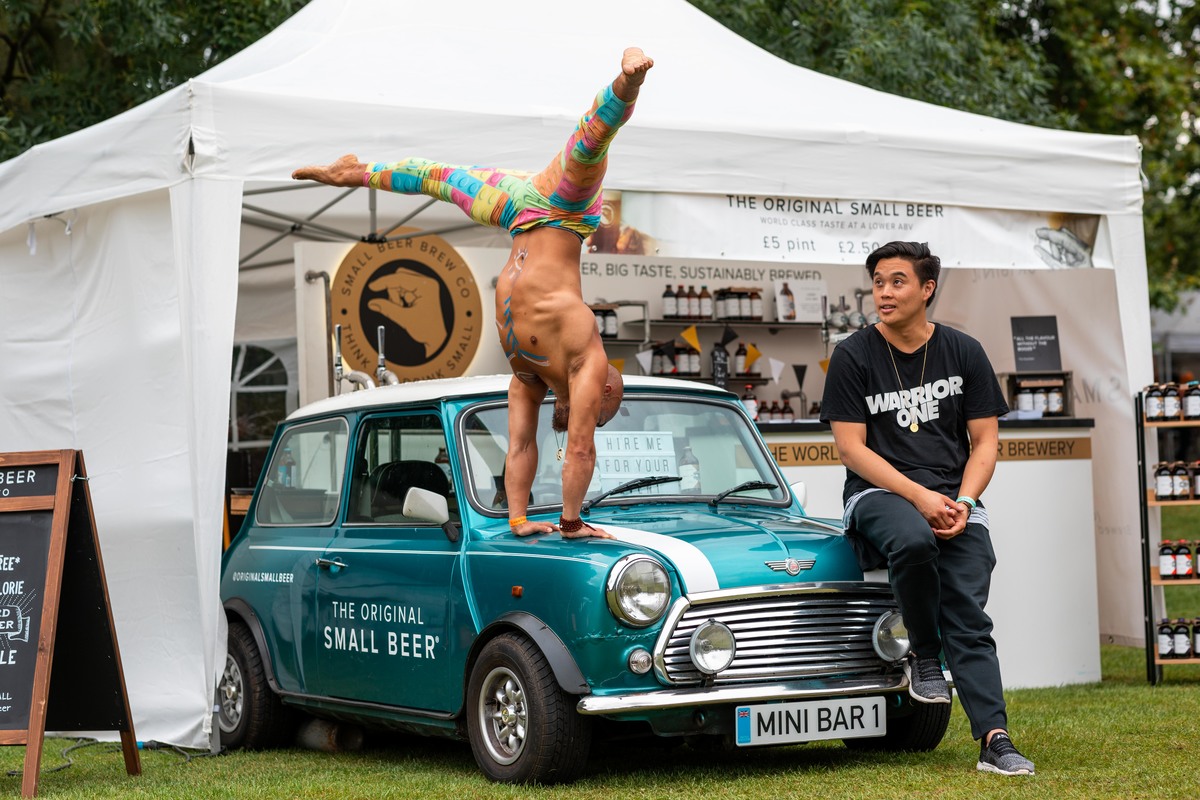 Part 2 of the mindful triathlon was 90 minutes of yoga, which started with “intention setting”. For non-yogis, this is when you visualise what you wish to achieve from your yoga session. The synonym of a pre-boxing match hype talk, it’s modest, humble and gracious. As hard as I like to think I am, I welled up inside at the heartfelt messages. Or maybe it was just the fact I was in a cold, sweaty crop top, barely squat-proof leggings and bare feet in the pouring rain. 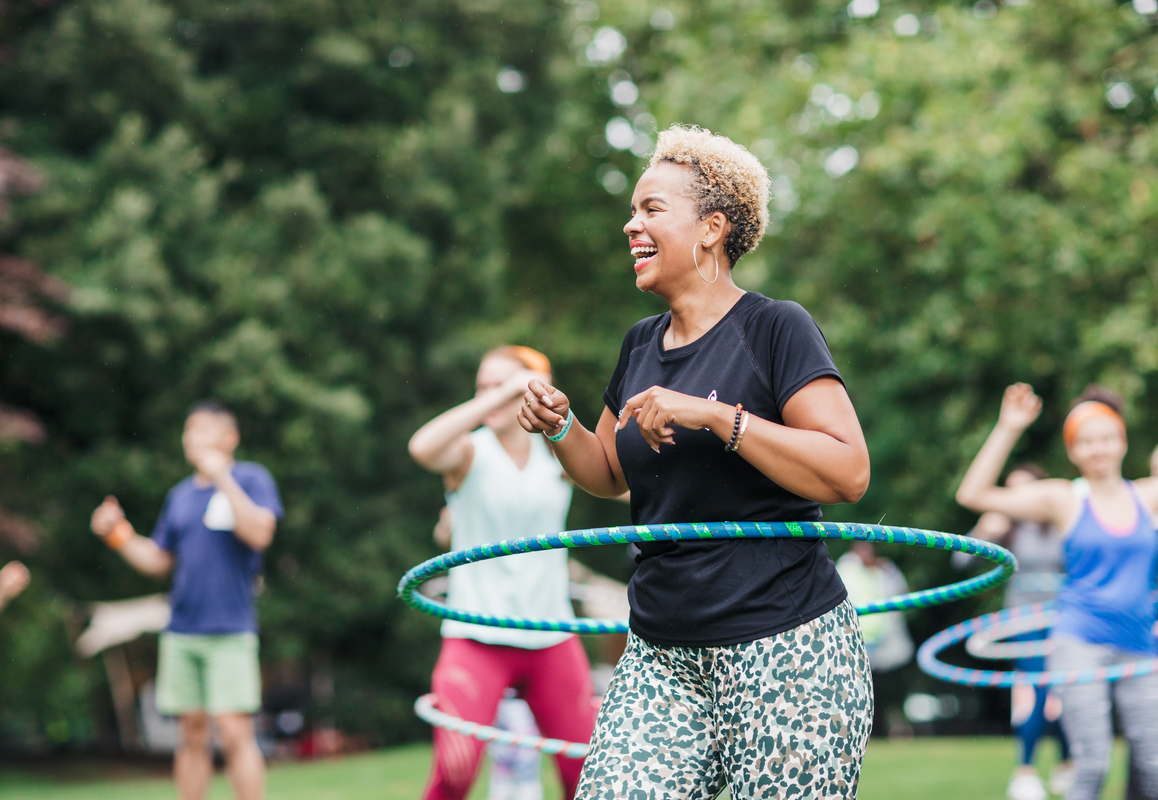 Triyoga pros led the crowd through a series of moves, normally with two graduations so that there was something for everyone regardless of level and flexibility. Noticeably more mama yogis were in attendance with kids who joined in for a little while but then got bored. Maybe next year a creche or entertainment for might be an idea?

Immediately lovable vedic meditation guru, Light Watkins completed the mindful triathlon with a guided meditation quite different from any others. It was a bit like a journey through stories, the theme of which were all congratulations for making it here in the rain and having the go-get mindset to strive for what makes you happy and helps others.

After congratulating everyone who got involved and a group selfie with the entire crowd bundling in with the presenters – a Wanderlust 108 tradition, the afternoon was open to the crowd to get involved in bonus activities like aerial yoga, bodywork slacklining, hula hooping, cooking demonstrations, sound healing, breath work, workshops, immersion zones, or enjoying an alcohol-free cocktail in the Wanderlust Speakeasy.

The event had evidently succeeded in building its loyal following, but still managing to keep the engagement between those compering and the audience intimate and meaningful. You can’t help but leave a Wanderlust event feeling lifted.

If you didn’t get a chance to catch Wanderlust 108 in London, there are upcoming events in New York, Mexico City, Bayern, Frankfurt and Paris.