An incredible 52 weekends since 1987 have been given over to the soulful sounds of the Southport Weekender – a three day festival of music that speaks to the emotions as much as the feet. From Friday, May 8th to Sunday, May 10th the event returned for the final time at Butlins Minehead with headliners Masters at Work, Kings of House, Kerri Chandler and Chez Damier joined by crowd favourites and rising stars from across the disco, house, R&B, garage and bass scenes but the emphasis always on keeping it soulful. The sun-soaked finale made for a fitting finale before the organisers focus on new venture SuncéBeat in Croatia.

Pulling up to Bultins Minehead at nearly 12midnight meant we didn’t have much of an opportunity to scout out the venue before ploughing into the music: we just had long enough to have a welcome drink in our chalet, then we were straight to the Beat Bar to see DJ EASE, aka Nightmares on Wax, dropping the big bass bombs such as a heavy version of Stevie Wonder’s “You Can Feel it All Over” and really emphasising this would be a weekend full of lyrical sets that connect with the soul. A glance at the time and we realised we needed to get up to the main stage – The Powerhouse – to see Chez Damier go back-to-back with Kerri Chandler, where we found Dennis Ferrer finishing up a deep house set. The main stage offered an impressive array of lighting acting like a landing strip up to the DJs with mirrorballs aplenty. We came in to land at the front of the stage keen to hear what Chandler and Damier had in store for us. 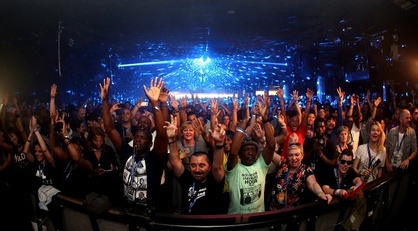 Going back-to-back requires a certain level of understanding between two DJs, but what made this pairing extra special was Chandler’s freestyling on his keyboard over the tunes. This live dynamic created a real buzz about the place and by the time they were closing on Stevie Wonder’s “As”, the hours had flown by. Watching Chandler and Damier as they beamed and nodded to music was a treat in itself – you could really feel their love for the music – and that was enough to see us head back to the chalet via a quick listen to the end of Seven Davis Jr.’s set in the Beat Bar.

On Saturday, the Southport Weekender had a curious schedule which saw the music run from 12noon to 5pm, then break until 9pm on the main stages offering revellers the chance to recharge ahead of the evening rather than power through because the music never stops. For holiday park festivals such as Southport Weekender, it should perhaps be the norm as it riled the crowd for DJ EZ’s 90 minutes of fast mixing just before the initial 5pm curfew. The Funkbase was so packed it was hard to move around but we managed to get up close to the stage to see EZ working the mixer, dropping “Let the Body Groove”, “21 Seconds” and “A Little Bit of Luck”. It was a frenetic set that breathed life into the Saturday, and left everyone buzzing for more.

Watching Chandler and Damier as they beamed and nodded to music was a treat in itself – you could really feel their love for the music.

That buzz fuelled us through a dinner and a bit of chalet time as we discussed tactics for tackling the final all night portion of the weekend. We decided to get down to the Inn on the Green for a few drinks where the Dimensions Sound System was kicking into gear then headed on up to The Powerhouse for the mighty Kings of House – Louie Vega, Tony Humphries and David Morales. We would check back at numerous times during their set, every time delivering a solid if unspectacular journey through house. There’s no doubting these guys are supreme selectors with an in-depth knowledge of their genre, but we were keen to get a taste of the varied sounds of Southport Weekender than get lost in their music.

We got some soul from a live set by Jarrod Lawson followed by the warm disco of Mr Mendel in the lavish Connoisseur’s Corner. There was a reggae education going on in the Funkbase thanks to David Rodigan’s unrivalled crate of dubplates and a desire to introduce all the records he set on his turntables. Further skills were on show during the turntable masterclass from Rich Medina and Cash Money while the safest destination for an always energetic crowd was the SuncéBeat Dome, particularly during Neil Pierce & Ziggy Funk’s set featuring a live PA by Hanlei. The inflatable dome is named after the Southport Weekender sister festival in Croatia, and every time we walked in it felt like we were entering the same sunny climate such was the good feeling.

“Without question, the most beautiful crowd and the most meaningful celebration of my 30 years in the scene.” – Alex Lowes, Southport Weekender founder

Saturday seemed to end almost too soon, but the best was yet to come. While Sunday had the early finish of 8pm, we were excited by the prospect of the Kenny Dope and Louie Vega back-to-back set as Masters At Work, and they were on top form. We were pulled on to the dancefloor by Jamiroquai’s “Canned Heat” , then never left. “It’s Alright, I Feel It”, written as part of the pair’s Nuyorian Soul project threatened to end their stint behind the decks, however they continued on until 8pm rounding off with the Holland & Dozier’s “Why Can’t We Be Lovers” then – fittingly – “Don’t Leave Me This Way” by Harold Melvin & The Blue Notes. The Powerhouse absolutely packed, it was a poignant moment for Southport Weekender veterans as it marked the last beat in the 28 year history of the festival. 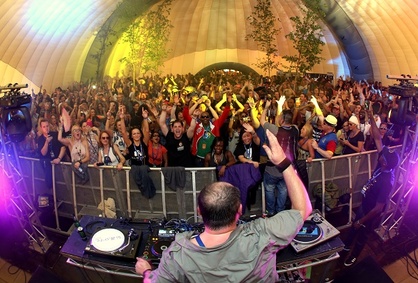 For the event’s founding father Alex Lowes, reflecting on conclusion of the Southport Weekender brought a lot of joy. He never expected to put on 52 weekenders and was delighted with the feedback following the finale. “We created a monster that grew beyond our wildest dreams. What a rollercoaster it was – I loved every minute! Now the dust has settled, the feedback is just overwhelming. [This weekend was] without question, the most beautiful crowd and the most meaningful celebration of my 30 years in the scene.”

For Alex, he’ll always have fond memories of watching Chaka Khan captivate a capacity crowd which he describes as “the pinnacle of what we achieved as a soul music weekender”, being thrown in the air by an excitable Goldie the first time Masters at Work played and the grand finale of this weekend with friends and family on stage, tears flowing as they remembered those they’d lost and celebrated with the friends for life made along the way. With highlights such as this, can it really be the last one?

“Yes, but never say never. SuncéBeat, our Croatian festival, is just five years old and growing exponentially. It’s a young brand with a similar ethos of eclectic sounds from across the black music spectrum with plenty of room to expand in the beautiful site at Tisno.” It seems a invitation too good to ignore.