Carl Cox, Seth Troxler and Joris Voorn took control of a room each at London’s Tobacco Dock on Saturday, April 2nd for Sidexside. Joined by a roster of guests to play back-to-back, the daytime party also featured andhim, Craig Richards, Kölsch, Loco Dice and Steve Rachmad. Ann McManus was there. 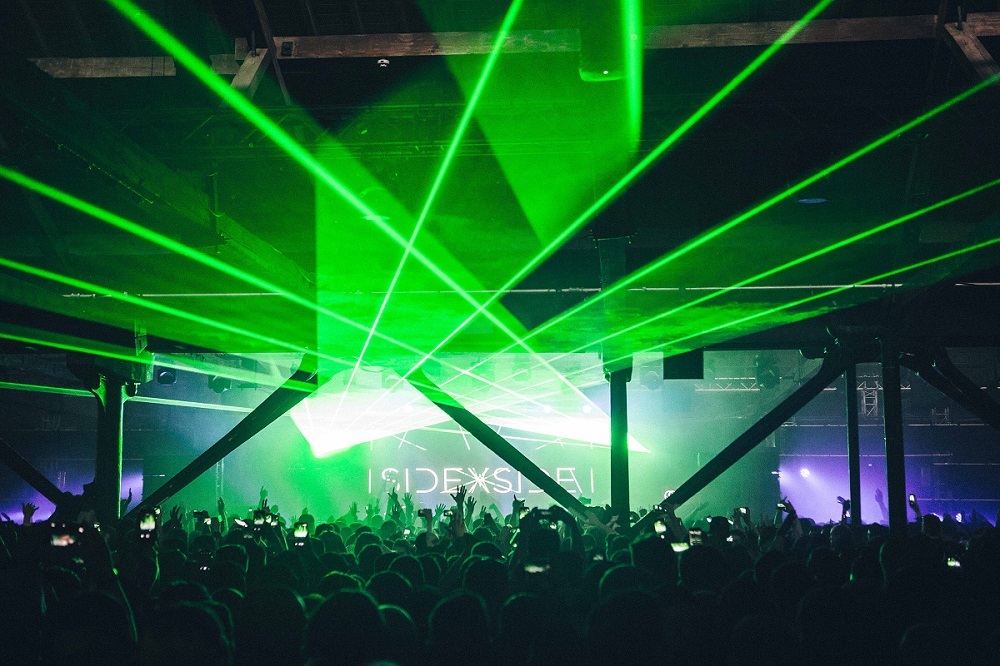 Stepping out of Shadwell station, one needed only to follow the stream of garish outfits (which The Sun promised everyone they looked fantastic in) to find party haven Tobacco Docks in top form. Having made trips to Tobacco Docks parties a bi-annual tradition for Easter weekend and Halloween, it was refreshing to bring along a pal who had never experienced what has come to be one of my favourite mass capacity London venues. With the sun still casting rays on the open air terrace, we enjoyed a couple of frozen margaritas and chatted to the crowd. The excitement seemed to be around the event itself, rather than any one particular DJ. The headliners, Joris Voorn, Carl Cox and Seth Troxler, would each be pairing up with special guests for back-to-backs throughout the afternoon and seemed to attract fans in equal measure. This balance promised that, for once, the crowd would be equally divided throughout the venue. 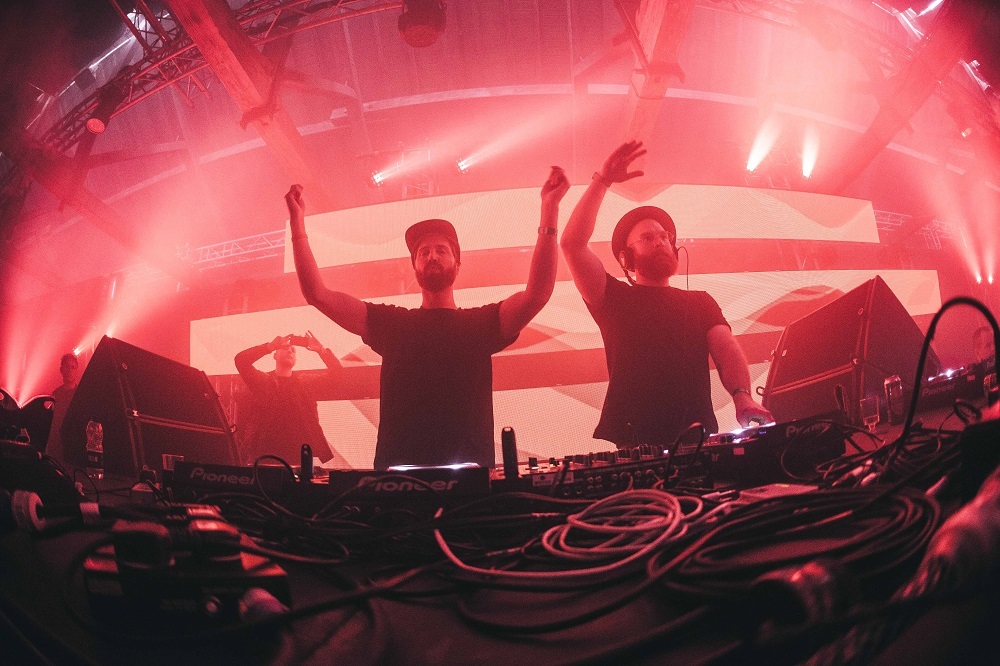 We took a quick bounce round the Main Gallery to absorb super summery riffs courtesy of Cologne duo Andhim, before taking a plunge down to the car park which was, as usual, rammed. We paused for a moment to take a breath, during which a couple of overexcited lads we had run into in the smoking area hyperventilated that we had run into one another again, before diving into the mob headfirst. Catching the drift of as many other people making their way forward as we could, it was seriously dark and so packed, we wondered if it was worth the effort. However, fortune favours the brave, and those who forced themselves forward were rewarded to plenty of space to dance.

Troxler was mid-pirouette as we reached the front row.

Simply hearing Seth Troxler just won’t do. He was mid-pirouette as we reached the front row, playing to the crowd and bouncing round the stage, obviously enjoying himself as much as the crowd were enjoying his set. This gave decks-partner, Craig Richards, plenty of time to make an impact while Seth was getting into the party. The result was solid, pumping house, with some distant vocals thrown in that made you feel a little like you were on a crazy trip, particularly as paired with well thought out strobes. This was all too much for one big guy, who made the exact face that Ben Innes pulled when taking the notorious “plane hijacker selfie”. Nothing would stop him. He was having an absolute belter. 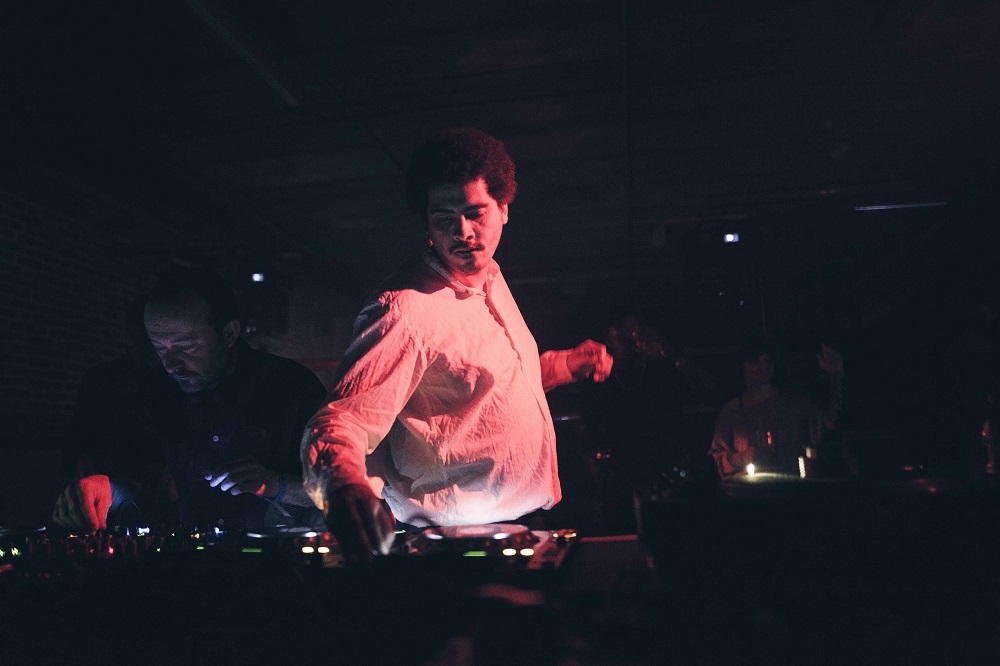 Joris Voorn in the Little Gallery seemed an appealing option for reviving from the car park’s intensity. Joris stuck to a deeper sound and had kept the Little Gallery full throughout the afternoon, a feat I’ve never yet seen achieved at the Docks. He experimented with a series of long wind ups that kept the crowd on their toes guessing when the beat would drop, receiving fist pumps of appreciation each time he gave in. 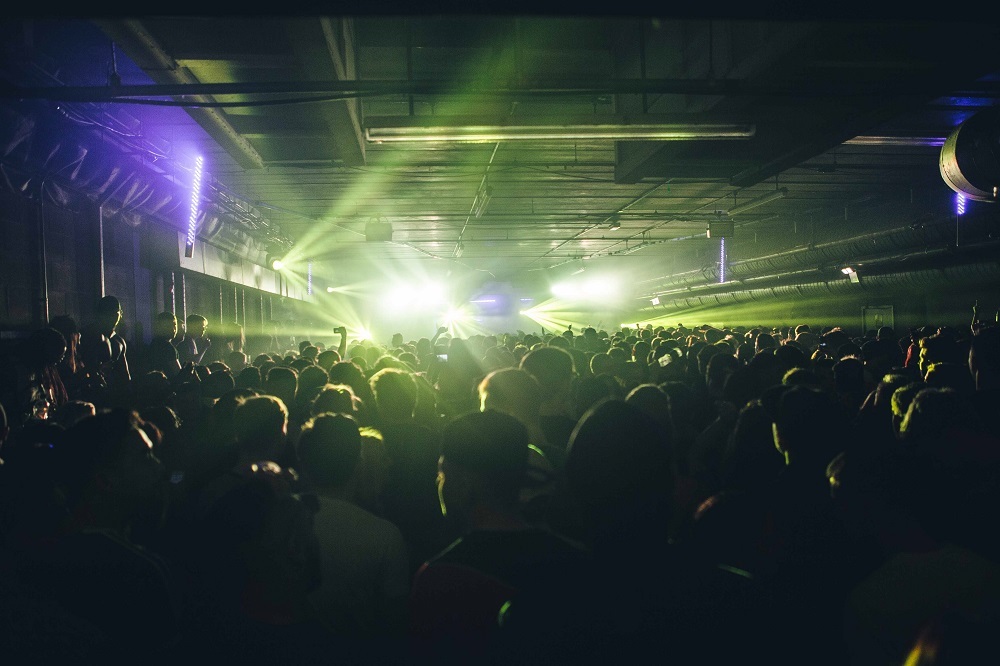 Back in the Great Gallery, Former Radio 1 Essential Mix presenter and Ibiza mainstay Carl Cox had switched up the tempo, experimenting with various sounds and dropping classics, like Blaze’s “Dance To My Beat”, before going harder. Perceptive as ever, on the occasions he let a melody drag on a little long, he quickly reinstalled the party making use of smoke cannons and jumping back into action himself, bopping around as he dropped banger after banger with an endless beam on his face. Coming into his last half hour, he toyed with the crowd, playing around with Morse-Code-like sounds, which no-one seemed keen on, only to wind it into Oxia-Domino and win everyone back instantly. He concluded with a smooth talking love-in on the mic, proving you can take the man off the essential mix, but you can’t take the essential mix out the man. 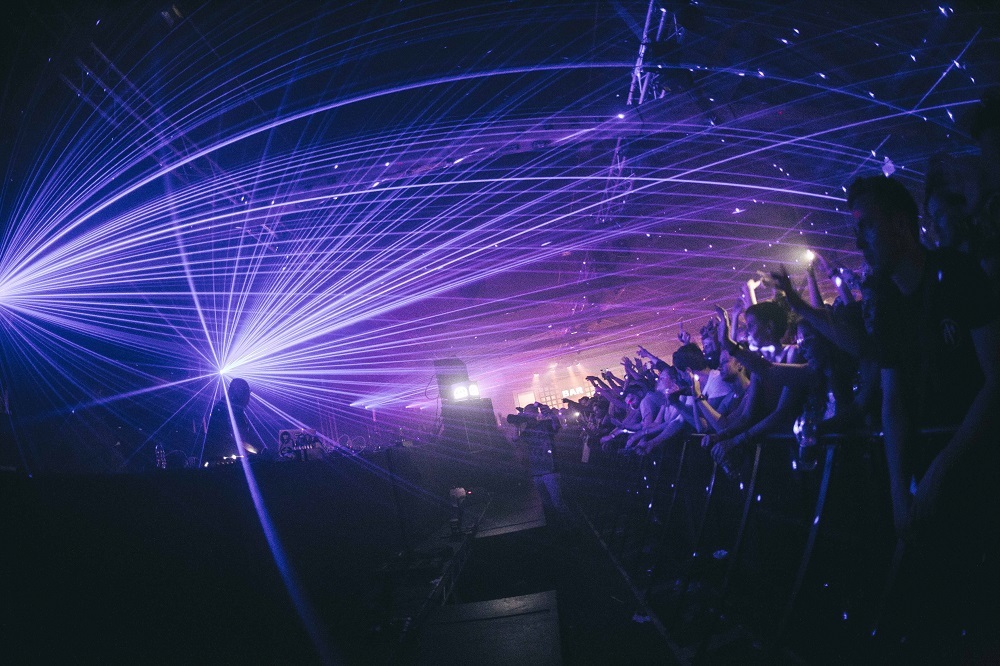